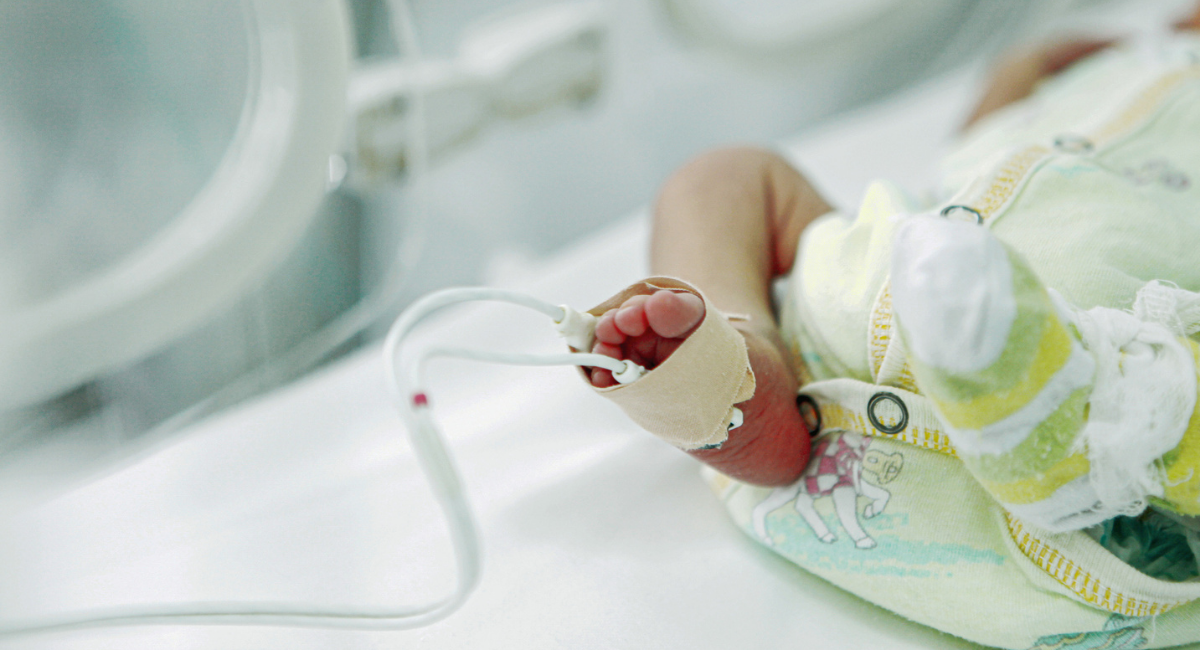 Maryland media outlet WUSA9 was not exactly accurate when it claimed a Live Action Instagram post stating that a Maryland abortion bill could allow for infanticide was “misleading.” Context is everything, and the media outlet is knowingly suggesting the meme misrepresented the strict language in the original bill. However, Live Action’s March 17 post, which read, “Horrific: This new Maryland law would allow babies to be killed up to 28 days after birth,” was published two days after the bill was allegedly quietly amended on March 15 due to its controversial language.

“The provision in question originally read, ‘This section may not be construed to authorize any form of investigation or penalty for a person… experiencing… perinatal death related to a failure to act…’ A new amendment changes this to ‘… experiencing …perinatal death related to an act or omission during the pregnancy.’ This clarifies the bill to only cover deaths related to issues during pregnancy,” WUSA9’s written Verify fact check stated.

The problem is that the March 15 amendment referred to by WUSA9 had not yet appeared on the state House website by April 1, and furthermore, the transcript for the March 15 Zoom meeting shows no mention of the amendment being proposed. The document WUSA9 uploaded appears to indicate that the amendment will be added at a future date, stating, “To be offered in the Health and Government Operations Committee.” The Senate version (SB669) also fails to show any current amendments. WUSA9 gave no indication when the amendment was “proposed” or whether it passed.

The WUSA9 print article on the “fact check” differed slightly from its video broadcast, which acknowledged that the perinatal stage can last anywhere from seven to 28 days post birth.

“Now perinatal refers to the time period just before birth to the time just after. And, depending on who you ask, that period can end seven days or 28 days after birth. Critics say that this provision legalizes all newborn deaths including intentional ones,” the broadcast host states.

During a comment period about the legislation, there appeared to be no confusion on what the bill meant. Ella Ennis, legislative chair of the Maryland Federation of Republican Women’s 1,480 members, testified that the bill “eliminates any penalty for infanticide.”

The bill in question (HB626, a.k.a. SB669) was sponsored by Maryland Delegate Nicole F. Williams (D-Prince George’s) and Senate Judicial Proceedings Committee Chair William C. Smith Jr. (D-Montgomery). Williams, who recently joined a Planned Parenthood rally in Annapolis to celebrate abortion, told theBGGuide.com, “We need to ensure that abortion care is affordable and available, especially for marginalized groups. I recently filed the Pregnant Person’s Freedom Act which will work to prevent the criminalization of abortion and pregnancy loss in the state of Maryland [emphasis added].”

Yet, WUSA9’s Verify print segment claimed, “The bill is intended to prevent criminal penalties for deaths related to pregnancy, like stillbirth or miscarriage” and did not mention abortion at all. 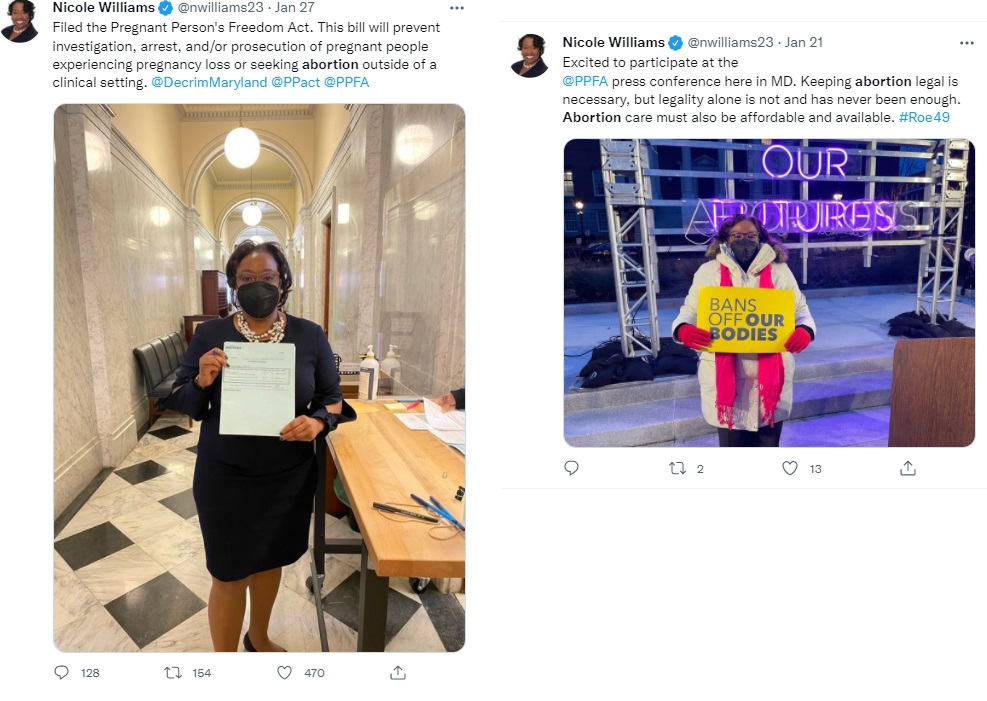 On March 9, Live Action News documented how the original language of the bill clearly stated that it would prevent investigations and legal penalties for abortion at any point in the pregnancy and “perinatal” deaths caused by “failure to act.” The key provision here is use of the term perinatal deaths which is defined as “as fetal loss at or after 28 weeks of gestation (stillbirth) or neonatal death within 7 days of life (early neonatal mortality),” according to testimony on the bill provided by Associate Counsel for Public Policy, American Center for Law & Justice (ACLJ), Olivia Summers.

To make things more clear, the bill further states,  “A person may bring a cause of action for damages if the person was subject to unlawful arrest or criminal investigation for a violation of section as a result of . . .Experiencing a miscarriage, stillbirth, or perinatal death…” [emphasis added].

ACLJ’s Associate Counsel for Public Policy, Olivia Summers, testified that “House Bill 626 would add a subsection (H) to the statute that states (among other things) that the statute ‘may not be construed to authorize any form of investigation or penalty for a person . . . experiencing . . . perinatal death related to a failure to act. . . .’ (Emphasis added). The Bill goes as far as authorizing a cause of action for damages if a person was subject to a criminal investigation, or unlawful arrest, for a violation of the statute as a result of perinatal death. A ‘perinatal death,’ however, is not limited to a pre-birth death, but includes the death of a young newborn.”

The bill, claims WUSA9, is not likely to pass. The news outlet wrote, “It’s important to note this bill is extremely unlikely to pass any time soon. The House Bill has had one committee hearing and no vote has been scheduled. The Senate version of the bill will not get a hearing this session. The Maryland Legislative session ends on April 11 and the next session doesn’t begin until Jan. 2023, therefore the Pregnant Person’s Freedom Act of 2022 likely will not pass this year.”