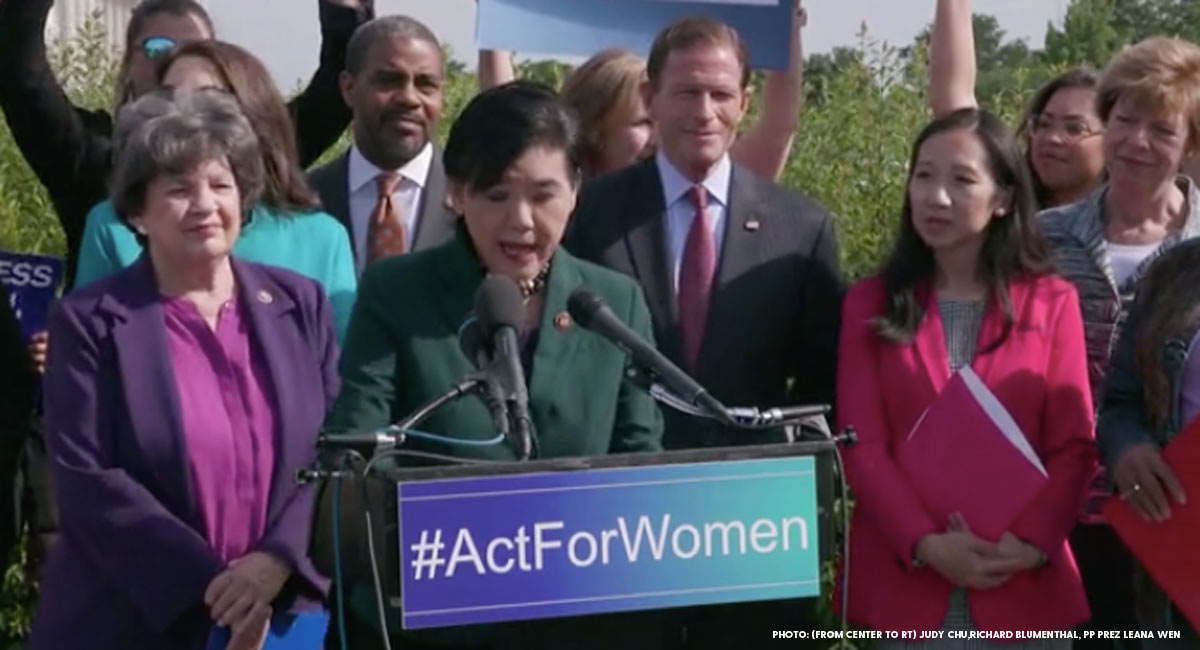 As pro-life legislation sweeps the country, abortion activists are mobilizing, and they’re being aided by Democrats in Congress. A new bill has been introduced that would prevent state governments from passing pro-life laws, such as heartbeat bills, in an effort to ensure that abortion remains legal and widely available, no matter what.

The “Women’s Health Protection Act” was announced by Sen. Richard Blumenthal and Rep. Judy Chu in a press conference outside the Capitol building. “Our bill finally puts a stop to the state-based attacks that anti-abortion advocates have been trying to use to undermine or even reverse Roe,” Chu said, adding, “It means no abortion bans.” Not only would heartbeat bills be banned, but mandatory waiting periods, informed consent laws, and other common-sense requirements would also become illegal.

This isn’t the first time this legislation has been introduced; Blumenthal has tried to pass this exact bill before, multiple times with Planned Parenthood’s support. And this is part of the problem with this kind of extreme pro-abortion legislation: while the abortion industry loves it, Americans don’t.

Polling has made it abundantly clear that Americans not only support heartbeat bills, but they also approve of other common-sense restrictions on abortion. While it is true that the majority of Americans want abortion to remain legal, they also favor heavy restrictions. Abortion advocates frequently claim that most people support their extremist goals, but the reality is, only 12 percent of Americans support abortion not just being legal, but on demand, for any reason, at any time, and with no restrictions.

Polling has been consistent on Americans’ desire for restrictions on abortion. Very few people support legal abortion after the first trimester, for example. But a large majority supports common-sense restrictions like parental consent laws, waiting periods, and informed consent laws. This is also true for taxpayer funding as well, which most Americans oppose, including millennials.

Bills like these are not about serving Americans or protecting health care; they’re about enslavement to the abortion industry. Blumenthal, Chu, and their co-sponsors claim to be fighting for Americans, but they aren’t listening to what their constituents actually want. People simply do not support unregulated, unrestricted abortion. And preventing state governments from putting legislation into place that most Americans support only proves who these pro-abortion politicians are listening to, and it’s not the people they claim to speak for.