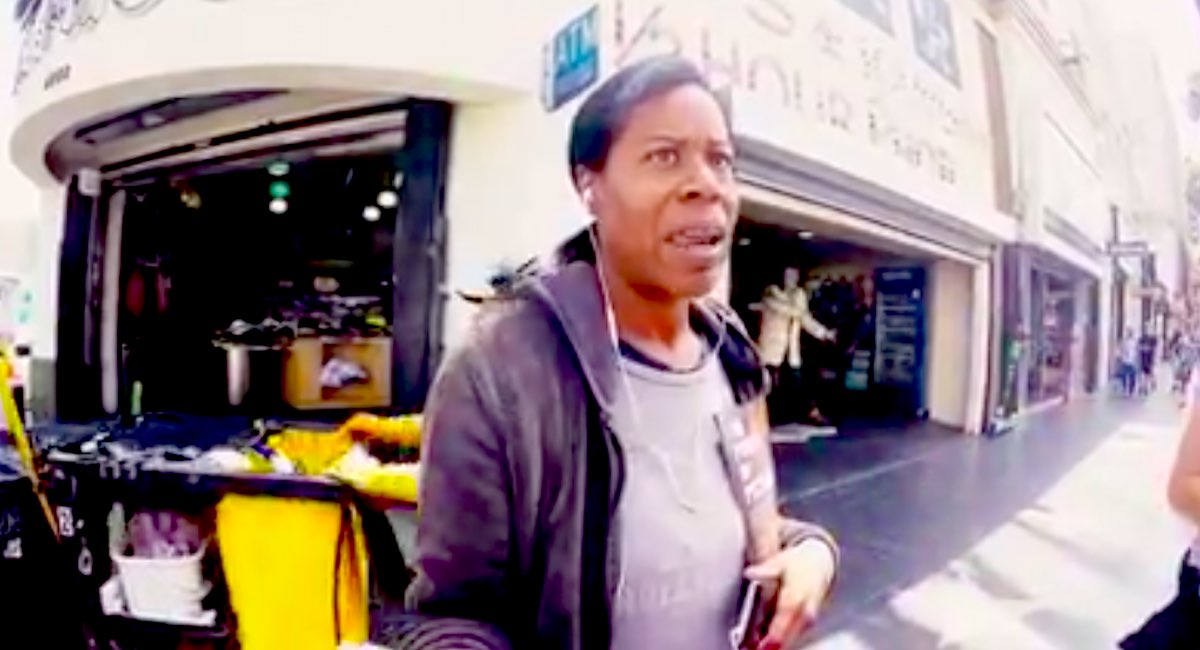 In a video released by pro-life group Project Truth, a woman named Paula shares an absolutely tragic story about why she’s now 44 years old and regrettably has no living children. She tells members of the group she’s had five abortions.

“I had five abortions… the last abortion, I was six months pregnant… and they sent me to a place in Long Beach. They put some stuff in me. Sent me back to a hotel room to induce labor, so painful. I went back to this hospital. They told me any fears or doubts that I was having was wrong. And even at the other ones, telling me ‘it’s just cells, it’s just a blood clot, it’s nothing’…. Unfortunately I murdered my children, so I’m the person that’s saying this is wrong. The abortion, it’s wrong. It’s just wrong….”

Paula also notes that she’s had experience with abortion pills as well as an induced labor abortion.

“Now I have no children,” Paula continues. “44. I have no children…. And these doctors, they convinced me that it was ok. Not that it’s all their fault but they convinced me time and time again, it’s ok…. You never get over it. I was just talking with my friend the other day, she’s had abortions. She said maybe 99 percent of the people that she knows never get over it. She agrees with me. That one percent are the ones in denial.

… I don’t want anyone else to have to go through this. It’s a deep wound that I can’t even explain to you. You just live every day with this.”

What Paula describes is an abortion industry that preyed upon her, using coercive means to convince her to go through with multiple procedures. She knows now, unfortunately, that the medical professionals she trusted lied to her. As a previous Live Action investigation shows, lying to women or deceiving them in some way about the procedure and about the development of the preborn child seems to be common.

Paula isn’t alone in her regret. One recent study asked women to identify “positives” that were a result of their abortions. Almost a third — 32 percent — said there were “no positives at all.” Twenty-two percent refused to answer the question, and a majority — 60 percent, or nearly two-thirds — claimed they aborted “to make other people happy.” A whopping 75 percent claimed they were pressured or coerced into their abortions.

On its website, Project Truth says its mission is to “tak[e] the message throughout America that pre-born babies have a right to life; to churches, abortion centers, high schools, colleges and the streets.” The group says its campus outreach “has taken us to over two hundred colleges” and its members have also “handed out hundreds of thousands of brochures in front of high schools. Most students are willing to read our material and we have saved babies and changed lives because of the high school outreach.”

While it isn’t at all unusual for post-abortive women who have not yet experienced healing to react in anger at abortion victim images, others, like Paula, know just how valuable the truth about abortion is. Hopefully, in reaching out to young women and girls, pro-lifers can prevent more women from experiencing the kind of pain that Paula has experienced.

If you need healing from a past abortion, please contact Rachel’s Vineyard for help.