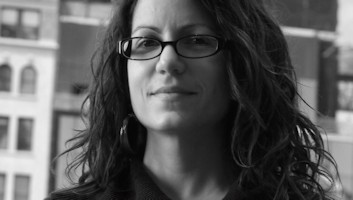 Most Americans who call themselves “pro-choice” aren’t abortion activists. They believe it should be legal, but not after the first trimester; they understand what might drive a woman to feel she has to have an abortion, but they don’t think abortion is a good thing to be celebrated.

But then you have the rabid pro-abortion extremists, people for whom it will never be good enough for abortion to merely be allowed. Abortion must also be free, widely available, and performed right up until the baby is born for any reason whatsoever.

The idea of this kind of widespread abortion is abhorrent to most people, but tone-deaf abortion activists don’t realize that. One such activist is Sunsara Taylor. Taylor is the “initiator” of the pro-abortion movement Stop Patriarchy, advocates for “revolution” and communism, and is most widely known for calling an 11-year-old pro-lifer praying the rosary a “stupid kid”. Given all of that, perhaps the following clip isn’t altogether surprising.

There’s nothing wrong with abortion. Fetuses are not babies. Women are not incubators. Abortion is not murder. It’s a perfectly responsible choice for a woman to make if you are pregnant and you don’t want to have a child. It’s a great decision! It shouldn’t be rare. It should be as common as is needed.

It’s hard to figure out where Taylor is getting her facts from, but it’s likely she’s taking cues from Planned Parenthood, with their completely false timeline of embryology and prenatal development, or Melissa Harris-Perry, who says that life begins whenever you feel like it does. But let’s run down a few facts — as in, actual science, not feel good pro-abortion babble designed to assuage the guilty conscience — about fetal development.

Yes, Ms. Taylor. It is a baby. It’s a human being, and no matter how inconvenient that fact may be to the abortion industry, that fact isn’t going to change.

But let’s say that doesn’t matter, for some insane reason. You’re killing an unborn baby, but who cares about that? It’s all good. Should we then consider abortion to be “great”? Should it be as common as possible, done whenever a woman feels like she needs it? Sorry, but the answer is still no. Abortion comes with a laundry list of risks, and therefore, it’s not a decision that women should be encouraged to make lightly.

Women who have abortions, for example, are more likely to commit suicide than women who carry their pregnancies to term. They’re more likely to suffer mental health problems such as anxiety, depression, and a higher risk of alcohol and drug abuse. There have also been multiple studies that found an increased risk of premature birth for women who have repeat abortions — which is about half of women who get abortions in the United States. Abortion also carries with it an increased risk of breast cancer and higher mortality rates. And don’t forget about the risk of serious medical injuries from abortion.

But sure, yeah. Let’s encourage women to have tons of abortions and pretend like it’s just the best thing since sliced bread! Have an abortion whenever you want, ladies, and of course there won’t be any repercussions.

Everything this woman says is a lie, and sadly, it’s all too common in the abortion lobby. They make their living by giving women lies and misinformation, and Sunsara Taylor is playing her role beautifully.