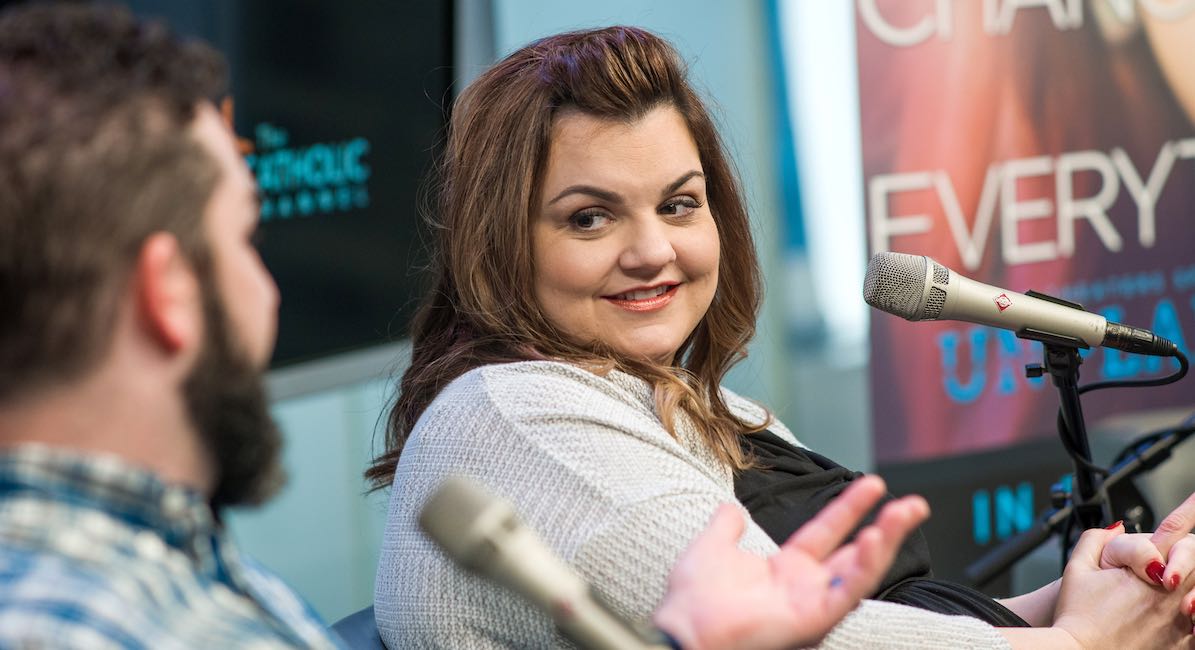 By now most pro-lifers have heard former Planned Parenthood center director Abby Johnson’s conversion story of seeing a preborn baby aborted on ultrasound. She says this event was the pivotal moment that led her to the pro-life movement. But Johnson also said she had some doubts about abortion even before that fateful day. In the PureFlix series, “Beautiful Lives,” Johnson discusses these doubts.

Johnson says her first doubts surfaced when she found out Planned Parenthood was building a massive abortion facility that would do late-term abortions:

I remember specifically the time when I thought, “This doesn’t feel right.” I remember coming home and telling my husband, “I don’t know if I’m going to work at Planned Parenthood forever.” It was the day we were told that we were going to be opening the largest abortion facility in the Western Hemisphere. And it was January of 2009. I’d been in a management meeting, and they were just so excited, just talking about it. “It’s going to be 75,000 square feet. It’s going to be an $18 million project and, it’s going to be seven stories tall, and on the third floor, we’re going to be performing abortions through the sixth month of pregnancy. Isn’t that amazing? Elective abortions.”

Something about this didn’t sit right with Abby. She also felt uncomfortable when Planned Parenthood management revealed they had a quota for how many abortions she had to sell:

I was so good at justifying sin at that point in my life, that I could justify just about anything.

Knowing Planned Parenthood had a quota made Johnson uncomfortable, but she silenced her doubts.

There were many protesters and sidewalk counselors outside Johnson’s facility. Something about their commitment unnerved her. She recalls a conversation she had with her mother:

One time I just – I had just had it with the people praying outside, you know, something had happened, I don’t remember what – and I said something to my mom about it and she goes, “Abby, they’re out there because they believe you’re killing babies. Don’t you understand how serious this is for them?”

Her mother’s words shocked her. She began to wonder why pro-lifers were so convinced that abortion was killing children.

Those feelings surfaced again on the day a nun, in full habit, came to the abortion facility to pray with the pro-lifers. Johnson had never seen a nun in real life, so she was curious and watched the woman through a window. It was an extremely hot Texas day. The temperature was over 100°, but the nun was wearing her full habit. Johnson says:

[S]he walks up, and she’s praying… and she sort of walks off on her own, and she’s standing at the driveway where people were pulling out. And it was a day we were doing abortions. This couple had come out and the sidewalk advocates, they were trying to reach out, and they didn’t talk to them. And so, they’re pulling out of the driveway and this nun, she just – I was watching her from my window, because I couldn’t believe there was a nun outside – and I was watching her from my window. And she just fell to her knees and she was just weeping. And I was really shaken by that because I just remember thinking, this is very real for her, in a way that I don’t even understand.

The visible grief the nun showed over the couple’s aborted baby tugged at Johnson’s conscience. Johnson was dedicated to serving Planned Parenthood and selling women abortions. Yet she couldn’t help feeling uncomfortable at the pro-lifers’ grief and distress over the loss of preborn lives.

Johnson was convincing women to abort in order to meet her Planned Parenthood quota. She was seeing the dead bodies of babies daily in the POC room. This was the room where workers pieced the bodies of aborted babies together to make sure there was nothing left behind in the mother’s uterus that could cause an infection. It was called the POC room after “products of conception,” the abortion industry’s term for aborted children. Johnson knew that she was the one causing the pro-lifers’ distress by destroying preborn babies, although she did not see them as babies at the time.