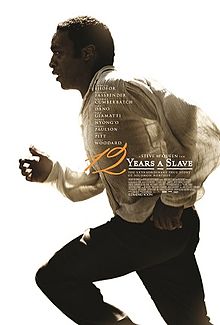 Over the weekend I saw 12 Years a Slave, the film based on Twelve Years a Slave by Solomon Northup, a black man born free, but who was kidnapped and sold into slavery. I suspect that the film will be a contender at awards shows like the Golden Globes and the Academy Awards. And while it did earn its R-rating for violence/cruelty, it is worth watching.

Live Action News contributor Gina L. Diorio has commented with her thoughts on what she has read of the book so far, on slavery and abortion. As Gina states, the comparison between the two  has been made often.

Going into the film as a pro-lifer, however, and having read Gina’s piece, I couldn’t help but notice particular parallels with a few scenes.

For instance, about halfway through the movie, the audience encounters a white man picking cotton. When Solomon encounters this white man and hears his story, we find out that he was a former overseer who drank too much and is looking to pay it off. Therefore, he is picking cotton.

The former overseer, by the name of Armsby does not turn out to be the most noble of characters and he only appears briefly in the film. He does, however, say something of particular interest to those who may have formerly participated in abortions when he explains that doing what he had to do to other human beings when he had to punish slaves, has certainly changed and affected him.

Brad Pitt also receives billing for the film as a Canadian by the name of Bass. He does not appear in the film until the very end though, and Brad Pitt’s main role was more so behind the scenes, as a producer of the film. His character is still an important one. Bass was there as a carpenter to help build a house, and a conversation between he and Solomon helped lead to Solomon’s rescue. During the construction, Bass and Epps, who is Solomon’s main master throughout the film, a cruel and crazy man, have a rather interesting conversation.

The excerpt is found alongside the book electronically, and as a warning contains many instances of an offensive term to describe blacks, though it was more commonly used at the time. The dialogue is similar to the film’s script:

“I tell you what it is Epps,” said Bass, “it’s all wrong—all wrong, sir—there’s no justice nor righteousness in it. I wouldn’t own a slave if I was rich as Croesus, which I am not, as is perfectly well understood, more particularly among my creditors… But this question of Slavery; what right have you to your niggers when you come down to the point?”

Of course you did; the law says you have the right to hold a nigger, but begging the law’s pardon, it lies. Yes, Epps, when the law says that it’s a liar, and the truth is not in it. Is every thing right because the law allows it? Suppose they’d pass a law taking away your liberty and making you a slave?”

“Oh, that ain’t a supposable case,” said Epps, still laughing; “hope you don’t compare me to a nigger, Bass.”

“Well,” Bass answered gravely, “no, not exactly. But I have seen niggers before now as good as I am, and I have no acquaintance with any white man in these parts that I consider a whit better than myself. Now, in the sight of God, what is the difference, Epps, between a white man and a black one?”

“All the difference in the world,” replied Epps. “You might as well ask what the difference is between a white man and a baboon. Now, I’ve seen one of them critters in Orleans that knowed just as much as any nigger I’ve got. You’d call them feller citizens, I s’pose?”—and Epps indulged in a loud laugh at his own wit.

“Look here, Epps,” continued his companion; “you can’t laugh me down in that way. Some men are witty, and some ain’t so witty as they think they are. Now let me ask you a question. Are all men created free and equal as the Declaration of Independence holds they are?”

“Yes,” responded Epps, “but all men, niggers, and monkeys ain’t;” and hereupon he broke forth into a more boisterous laugh than before.

“There are monkeys among white people as well as black, when you come to that,” coolly remarked Bass. “I know some white men that use arguments no sensible monkey would. But let that pass. These niggers are human beings. If they don’t know as much as their masters, whose fault is it? They are not allowed to know anything. You have books and papers, and can go where you please, and gather intelligence in a thousand ways. But your slaves have no privileges. You’d whip one of them if caught reading a book. They are held in bondage, generation after generation, deprived of mental improvement, and who can expect them to possess much knowledge? If they are not brought down to a level with the brute creation, you slaveholders will never be blamed for it. If they are baboons, or stand no higher in the scale of intelligence than such animals, you and men like you will have to answer for it. There’s a sin, a fearful sin, resting on this nation, that will not go unpunished forever. There will be a reckoning yet—yes, Epps, there’s a day coming that will burn as an oven. It may be sooner or it may be later, but it’s a coming as sure as the Lord is just.”

“If you lived up among the Yankees in New-England,” said Epps, “I expect you’d be one of them cursed fanatics that know more than the constitution, and go about peddling clocks and coaxing niggers to run away.”

“If I was in New-England,” returned Bass, “I would be just what I am here. I would say that Slavery was an iniquity, and ought to be abolished. I would say there was no reason nor justice in the law, or the constitution that allows one man to hold another man in bondage. It would be hard for you to lose your property, to be sure, but it wouldn’t be half as hard as it would be to lose your liberty. You have no more right to your freedom, in exact justice, than Uncle Abram yonder. Talk about black skin, and black blood; why, how many slaves are there on this bayou as white as either of us? And what difference is there in the color of the soul? Pshaw! the whole system is as absurd as it is cruel. You may own niggers and be hanged, but I wouldn’t own one for the best plantation in Louisiana.”

If the excerpt above does not so carefully highlight the comparison between the evils of the institution of slavery and the evils of abortion, I don’t know what will. Just as there should be no difference between black and white, what difference is there between the born and pre-born? That the pre-born cannot do as much as you or I simply because of their state of development and where they reside is not their own fault.  And all are human, and should be guaranteed the protection of life under the Declaration of Independence.

But this excerpt goes that much deeper. Many will believe that perhaps abortion isn’t so immoral because it’s legal. I listened to a post-abortive woman who was sharing her testimony as part of Silent No More following the 2013 March for Life. She basically said that since her abortion was legal, she thought it was okay. But it was not okay, and she knows and has to live with that now. Just because something is legal does not make it right. And just as the law was wrong in the south with regards to slavery, the law is wrong throughout this country, in some states more so than others, with regards to abortion.

As a God-fearing Christian, I do also believe that the Lord will cast his judgment upon this country as well with abortion, just as Bass was talking about in regards to slavery.

There are those who may grow tired of the comparison made between slavery and abortion, but let them. Them being tired and annoyed does not make them right, it just means that they are hiding from the truth. 12 Years a Slave was by no means trying to be a film about the pro-life movement. It was a film about a man who for 12 years, was a slave. This is his story told on film. But the comparisons to abortion, no matter how unintended, can simply not be helped.