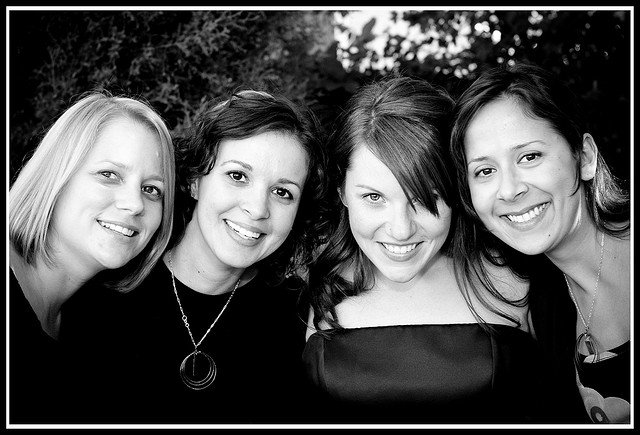 Since the 1980s, the United States has traditionally set aside March as the time to celebrate Women’s History Month.

Throughout the month, America celebrates the women who have contributed to the country’s rich history, including the passing of the 19th Amendment, which gave women the right to vote. It’s also a time to reflect on where we’ve been, where we are, and where we want to be as a nation.

From its beginning, the feminist movement has seen countless women fight for equal rights. Faces like Alice Paul, Sarah F. Norton, and Dr. Charlotte Lozier advocated for a woman’s right to vote. These ladies, among others, were also known to be pro-life. Pro-life values were near and dear to the 19th and 20th century feminists, and many were outspoken advocates for the preborn and their mothers.

The Seneca Falls Convention, which kickstarted feminism in America, was organized by no other than Elizabeth Cady Stanton. As one of the original feminists and editors for “The Revolution” – a newspaper dedicated to women’s suffrage – Stanton spearheaded the women’s movement and spoke out against infanticide.

“There must be a remedy for such a crying evil as this,” Stanton wrote. “But where shall it be found, at least begin, if not in the complete enfranchisement and elevation of women?”

Another notable figure in the early feminist movement was Susan B. Anthony, founder of “The Revolution” newspaper. Her outspoken beliefs on abortion and infanticide echo in her March 14, 1875 speech, “Social Purity.”

Unfortunately, as time has progressed, modern-day feminism has become just the opposite of what the original feminists fought so hard for — equal rights for all. At present-day, many so-called “feminists” advocate for the killing of preborn children in the womb claiming, “It’s a woman’s choice to do what she wants with her body.”

January 2017 saw what was arguably the deepest divide in modern-American feminism. Just a week before the annual March for Life, so-called “feminists” gathered together for the Women’s March on Washington. Pro-abortion groups like NARAL and Planned Parenthood partnered with the organization and sponsored the March to promote their radical agendas. While the March wasn’t specified as a “pro-choice march,” pro-life organizations were barred from sponsoring the event, and some pro-lifers documented being pushed off the sidewalks and otherwise harassed. According to Live Action News’ Cassy Fiano, “It seemed from the beginning that pro-life women were not welcome…”

This is the sad reality of what some branches of modern feminism have become: voices insisting that killing the most vulnerable Americans — our sisters and brothers, our children in the womb — somehow empowers women.

There are, however, many courageous voices opposing today’s pro-abortion feminism. These women stand for the equality of women and demand that this must extend to our littlest women in the womb as well. Women who understand that a civilized and equal society must speak out for women and for children include Sen. Joni Ernst (R-Iowa,) Students for Life of America President Kristan Hawkins, Serrin M. Foster, President of Feminists for Life, and President and Founder of Live Action Lila Rose. With their leadership, the spirit of the first feminists lives on, and unprecedented achievements continue to be won.

Just last month, Congresswoman Diane Black (R-Tenn.) spearheaded H.J. Res. 43 – a bill that would allow states to redirect taxpayer dollars away from abortions, giving them instead to comprehensive health centers that serve low-income and minority women. Black testified on behalf of the bill before the House Rules Committee:

With this resolution, we simply are allowing states to invest in the women’s health care over abortion and to reallocate those Title X dollars to other, more comprehensive providers.

Congresswoman Black’s bill passed the U.S. House and awaits the Senate. Many of Black’s colleagues have joined her in demonstrating the true spirit of genuine feminism that promotes the lives of all human beings. Here’s a list of congresswomen leading the charge to defund Planned Parenthood.

Black, Ernst, Hawkins, Foster, and Rose are also in the company of other modern-day pro-life feminists that include human rights champions like St. Teresa of Calcutta and Alveda King.

St. Teresa of Calcutta, more commonly known as Mother Teresa, was a Catholic nun and humanitarian who cared for the poorest of the poor, including the preborn children. She founded the Missionaries of Charity and spent most of her adult life in India. Mother Teresa was recognized for her charitable works on many occasions, and made it known that charity starts with the preborn children in the womb.

During her acceptance speech for the 1979 Nobel Peace Prize, Mother Teresa spoke out against abortion and defended the right to life:

And I feel one thing I want to share with you all, the greatest destroyer of peace today is the cry of the innocent unborn child. For if a mother can murder her own child in her womb, what is left for you and for me to kill each other?

Here is Mother Teresa speaking at the 1994 National Prayer Breakfast:

Following in the footsteps of her father and uncle, civil rights leaders A.D. King and Martin Luther King, Jr., Alveda King is a well-known civil rights leader who speaks extensively on the connections between abortion and racism:

Abortion and racism are both symptoms of a fundamental human error. The error is thinking that when someone stands in the way of our wants, we can justify getting that person out of our lives. Abortion and racism stem from the same poisonous root, selfishness.

King is the 2011 recipient of the Cardinal John O’Connor Pro-Life Hall of Fame Award, and has published several books including the pro-life book, “How Can the Dream Survive if we Murder the Children?“

While there are many other pro-life feminists across the country leading the charge to reclaim the spirit of women’s equality, what the future looks like for our littlest and weakest human beings will be determined by how today’s feminists fight to defend tomorrow’s preborn children.