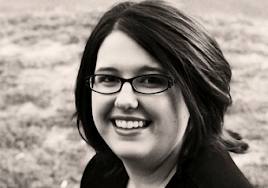 Kristan Hawkins was just fifteen years old when she “fell in love with the pro-life movement.” After being invited to intern at a women’s health center that summer, Hawkins decided to start a Teens for Life at her high school.

She continued working at the health center, began helping with local pro-life initiatives, and even got involved in politics. When she headed off to college, she started a pro-life group during her very first semester. While her career goal was to become a lawyer, pro-life work kept finding her. While in college, she worked for the Bush re-election campaign and the Republican National Committee. Still, she believed that working full-time for the pro-life movement was an impossible dream. But while preparing to attend grad school, a friend told her about a pro-life group, then known as American Collegiates for Life, which was looking to expand and was hiring. Hawkins went in for an interview and came out as the executive director for the newly named Students for Life.

The mission of Students for Life is to equip the pro-life generation so that they can abolish abortion in this lifetime. They employ full-time field coordinators who help student pro-life groups to be more effective while also finding new pro-life members who may have never considered becoming involved before. They have also recently launched the Pregnant on Campus Initiative to provide pregnant students with support in order to ensure that no woman ever has to choose between her child’s life and her own education. The group also likes to get involved with current issues, like the recent protests in Texas over the 20-week abortion ban.

“We just went down to Texas. It was a great experience,” explains Hawkins. “We were really involved on social media at the time of the filibuster. We started sending out emails to see who wanted to go and students were asking us to go so we started asking for help and within a day and a half we had a sixty-person bus [donated] and we were fundraising to pay for expenses. We filled the bus in 24 hours.”

The Students for Life bus to Texas made stops along its route to pick up students eager to get down there to help support the 20-week abortion ban and their fellow pro-lifers. Participants gave up their summer vacations, and some took off time from work.

“It was amazing,” says Hawkins. “The kids who were with us all summer said they had a great time being a missionary for life, but this was a life-defining moment. They know they can take that and go back to campus with the experience.”

It’s on high school and college campuses where the fight to end abortion is gaining some serious momentum. Students for Life has over 700 groups across the country. Photos of pro-life rallies showcase a majority of young people. And as Hawkins says:

No movement ever succeeded without the youth on their side.

As for the future of abortion in America, Hawkins thinks we’ll be seeing a lot more bans across the country – 20-week bans and ultrasound bills alike.

“Each stroke is hurting the abortion industry,” she says. “Three [clinics] closed within a day of [Governor Rick] Perry signing the Texas bill into law. […] Pro-lifers aren’t going to wait for Washington or the Supreme Court to banish abortion. They’re going to do it themselves.”

As for life outside her dedicated work, Hawkins has two young sons, Bear, age 3, and Gunner, age 4, and a third little boy on the way. Gunner has cystic fibrosis (CF), a genetic condition that causes the mucus in the body to be exceptionally thick, leaving people with CF vulnerable to frequent lung infections as well as a number of other health concerns. Statistics show that about 90% of those diagnosed with CF before birth are aborted.

“It’s very discouraging,” says Hawkins, “especially as a parent of a son with CF. You hear about Down syndrome [and abortion], but no one really talks about CF and that 90% of these kids are being aborted. This is what we’re fighting to stop right here. It’s a larger problem that we have right here as to what is perfection and value and that you only bring value if you are perfect.”

Anyone who is looking to join the pro-life movement doesn’t have to look far. Hawkins suggests donating goods, time, and services to local organizations or taking what you are passionate about and putting it to action for the right to life. Students for Life has training for adults and students alike. But if you’re on a high school or college campus, Hawkins urges you to get involved and create a pro-life group if there isn’t one.

“Having a pro-life group cements in the minds of peers that this is an acceptable view to have. It isn’t just five people on campus [who are pro-life]. It’s important to have these groups on campus, saving lives right there and changing the culture.”