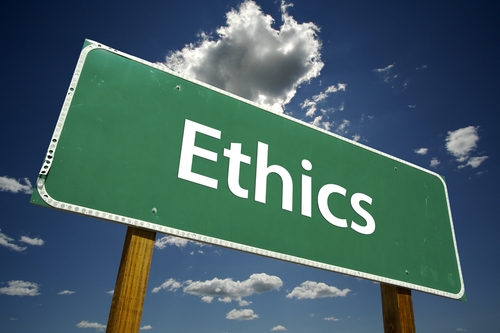 How different are they, really, from the rest of us?

For the sake of argument, I shall grant the pro-choicers the following two claims: (1) the fetus is not a human being, and (2) even if the fetus is a human being, it does not have a right to life. I argue that even while granting these two (false) claims, it is still morally wrong to abort a fetus.

Now, consider this example to help us find these conditions. Suppose there is a young man, Joseph, who is walking late at night on the streets of LA. He decides to take a shortcut through a dark alley (Joseph often makes poor decisions). Unbeknownst to him, a killer is lurking nearby. And as they say, the rest is history; Joseph is no more. The killer took Joseph’s life with joy. The killer did not only kill Joseph, but murdered him. A lion kills a zebra, but he does not murder the zebra! The same cannot be said for Joseph. Not only is his fate unfortunate, but it was effected in cold blood and by a moral agent.

What makes Joseph’s untimely death morally wrong? Some would answer that Joseph’s death is morally wrong because he is a human being. He is a member of the species homo sapiens. Because of what I granted above, I set this account aside without saying anything about its merit. Rather, along with Marquis (1989), I suggest a different (and probably compatible) answer: It is morally wrong because “the loss of one’s life deprives one of all the experiences, activities, projects, and enjoyments that would otherwise have constituted one’s future” (p. 189). Simply put, what makes Joseph’s death morally wrong is the unjustified deprivation of future values.

We find support for this account in our everyday experience. Just consider Joseph’s weeping mother at the funeral. Surely she will lament not being able to hold his children or see him graduate from college or see him enjoy any other future values. And this is the type of reason that causes her to weep. The same could be said about young individuals who have only a short time to live. If you ask them what it is about dying that makes them grieve, certainly they will locate the reason in a dearth of future experiences that they would otherwise have had. Contrast that with an eighty-year-old man on his deathbed. Most will be content, especially if they had a fulfilling life. They would likely say to their loved ones, “Don’t weep, I had a full life.” These examples can easily be multiplied, but they should suffice to show that this account makes sense of a wide range of experiences.

At this point, the inevitable question arises: are the conditions present during an abortion? Of course! With abortion, the little one is being deprived of a “future like ours,” just as Joseph is deprived of future values. Moreover, this deprivation is done unjustly. The little ones are just as innocent and inculpable as Joseph. Thus, if the conditions properly capture why it is morally wrong to kill a paradigmatic case of a human being, and the conditions are also present during an abortion, then the conclusion is logically inescapable: aborting a little one is morally wrong.

Here are three objections. First, one might object that given this account, the use of contraception is morally wrong. Response: perhaps the use of contraception is morally wrong, but this does not follow from the account because destroying the sperm or the egg does not deprive either of a future like ours. The egg on its own and the sperm on its own cannot naturally grow into something that can be deprived of having a future like ours. The same cannot be said of the little ones. Left to grow naturally, the little ones will have a future like ours.

Secondly, one might object that according to this account, abortion is morally permissible if we know the little one will have a miserable life after birth. Response: the alleged consequence does not follow because the account provides sufficient conditions and not necessary conditions. In other words, if someone is unjustly deprived of future values, then those would be grounds to think that such a state is morally wrong. However, unjustly depriving one of future values is not the only way a death can be morally wrong. Perhaps there are other reasons that ground why abortion is morally wrong. This account provides only one set of sufficient conditions. Moreover, even if the conditions are necessary (which they are not), we are not in a good position to assess whether the little one will have a miserable life. Surely there are alternatives like adoption (at least in the Western culture), and surely murdering the little one in the womb is worse than any life we might predict for him or her.

A third and similar objection might be that on this account, the killing of those in excruciating agony and suffering turns out to be morally permissible. Like the previous objection, this too assumes that the account establishes necessary conditions, which is not the case. And to reiterate, we are not in a position to predict beyond reasonable doubt that such people’s suffering will not cease. And even if we are in such a position (and oh what a big “if” this is), and if the suffering individual gives consent, then perhaps in this unlikely circumstance it is morally permissible. I said “perhaps”!

There are numerous other things that are implied by this account. For example, if other species can have a future like ours, then, all things being equal, it would be morally wrong to unjustly end their members’ lives. However, space and time do not permit me to pursue them. I will say this, though: I do not see such implications as problems.

Lastly, I want to pose a challenge for the advocates of pro-choice. If this account does not satisfy you, then provide an account of why it is morally wrong to murder a paradigmatic example of a human being that (1) does not exclude too much (e.g., infants, handicapped, reversibly comatose humans) and (2) does not include too much (e.g., artificial intelligence, trees, insects). I contend that any alternative account you provide either will be defective or must include the little ones. Challenge commenced…ready…set…go!