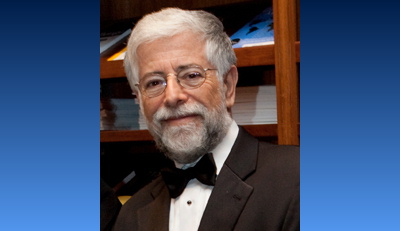 Implicit in most pro-abortion commentary is a certain level of frustration that there remain people who disagree with them. “It’s the 21st century and the Supreme Court has spoken; can’t you anti-choice yahoos get with the program?” This leads to all sorts of outlandish speculation about what really makes pro-lifers tick.

Implicit in most pro-abortion commentary is a certain level of frustration that there remain people who disagree with them. “It’s the 21st century and the Supreme Court has spoken; can’t you anti-choice yahoos get with the program?” This leads to all sorts of outlandish speculation about what really makes pro-lifers tick.

Yesterday, UC Berkeley sociology professor Claude Fischer published his thoughts on the “abortion puzzle,” attempting to figure out why Americans are growing “notably more laissez-faire on most sexual issues,” but not abortion:

Before the Roe v. Wade decision on behalf of abortion rights perhaps 25% to 30% of Americans were inclined to say yes [abortion is acceptable for any reason]. Then opinions shifted a bit in the liberal direction. Since that initial shift, however, the distribution of opinions has changed little. The trend since Roe v. Wade is displayed in the blue line in the graph below. About 37% of Americans said yes to abortion on demand at the end of the 1970s and about 41% said yes at the end of the 2000s.

Contrast that to the change, three times greater, in the percentage who said that “sex relations before marriage… [is”] not wrong at all” — the red line — from about 38% at the end of the 1970s to about 51% at the end of the 2000s. And contrast that to the shift, five-fold greater, the green line, in the percentage of Americans who disagreed with the proposition that “Women should take care of running their homes and leave running the country up to men.” Another perspective on this compares generations of Americans. The generation born in the 1970s was far more liberal than the generation born in the 1910s on whether women should stay at home and on premarital sex (by over 30 points on each question). But the 1970s generation was only a bit more liberal on abortion than the 1910s generation (only 7 points more).

To begin with, the premise’s question is flawed in two ways. First, while conservative and religious people are more likely to value stay-at-home motherhood, that’s a far cry from believing women should “leave running the country up to men.” If social conservatives didn’t believe in women having professional lives or political influence, then how do you explain Gov. Sarah Palin’s popularity among values voters, or the fact that the leaders of Live Action, American Life League, Americans United for Life, and the National Right to Life Committee are all women? This isn’t a recent phenomenon, as Fischer suggests—Mildred Jefferson helped found NRLC back in 1970, and Phyllis Schlafly has been an influential advocate for conservative cultural views since the sixties.

Second, abortion is not primarily a sexual issue. It’s related to sex because sex makes babies and abortion helps people have sex without becoming parents, but it’s only controversial because of what it destroys. But Fischer admits as much later in the piece, so more on this below.

Fischer cites a few sociologists who argue that disputes about gender roles lie at the heart of the abortion debate:

For one side, motherhood was the essence of being a woman, in which case abortion, especially abortion for convenience, devalued women’s purpose in life. For the other side, women were, or should be, essentially like men in ambitions and careers, in which case unwanted pregnancies undermined their freedom and the validity of their dreams.

But as time passed, the story goes, women’s reasons for getting abortions shifted, as did society’s conception of motherhood. With “how we understand motherhood…removed from the abortion debate, what remains are concerns about faith and about the personhood of the fetus”—“harder issues” to resolve than that of a woman’s place.

Could be. Or, it could be that personhood of the fetus was always pro-lifers’ chief concern, but the general public’s limited understanding of embryology made it easier to dismiss personhood as a strictly theological question. But as the science became clearer and ultrasound technology advanced, the truth of the pro-life message caught the attention of many who otherwise would have dismissed abortion as a private sexual matter.

Here’s a crazy idea: instead of writing books and commissioning studies about why pro-lifers believe certain things, maybe these guys could, y’know, ask us? Then again, the answer can’t possibly be as simple as “those people don’t want innocent babies murdered,” because that would raise some deeply disturbing questions about why pro-choicers don’t agree.