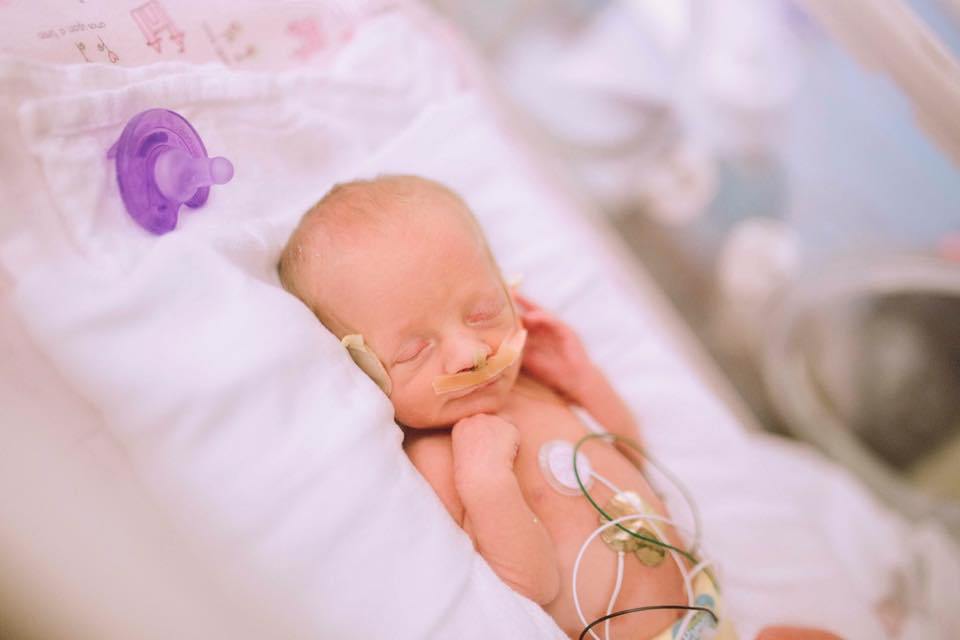 Ed Moseley is an 86-year-old who resides at Dogwood Forest Assisted Living in Acworth, Georgia. According to a recent report by ABC News, Moseley recently retired from a career in engineering, but he stays busy at his assisted living home with an unlikely hobby: knitting hats.

Moseley’s interest in knitting was sparked when the corporate office overseeing his community and seven others challenged all of the residents to collectively knit 200 hats for premature babies cared for in the Neonatal Intensive Care Unit (NICU) at Northside Hospital in Atlanta. The hospital’s NICU cares for about 2,000 premature babies each year.

Moseley told ABC News that he didn’t know how to knit before the community challenge:

I prevailed on my daughter to get a kit, and it comes with the right size loom and the right tools to help you knit one. I just followed the instructions. It was easy. Somehow I had never knitted, and I always associated knitting with a bunch of needles but this looked pretty doable for me. I went through two or three before I came out with a good finished product.

Having a child in the NICU can be incredibly stressful. Babies born prematurely or with complications often require extensive and invasive treatment, leaving parents to wonder if their child will grow up healthy, or sometimes, if he or she will come home at all.

The knitted hat, though small, can be a deeply touching gift for parents. Linda Kelly, clinical manager of the special care nursery, told ABC that the gift “makes it all seem less like a hospital.” Kelly said the gifts can help families to “see their baby as a baby and not as a patient.”

Moseley knitted 55 of the hats by himself and rallied staff and his fellow residents to bring the grand total to more than 300 baby hats. Moseley said he is now knitting larger hats for his own grandchildren.