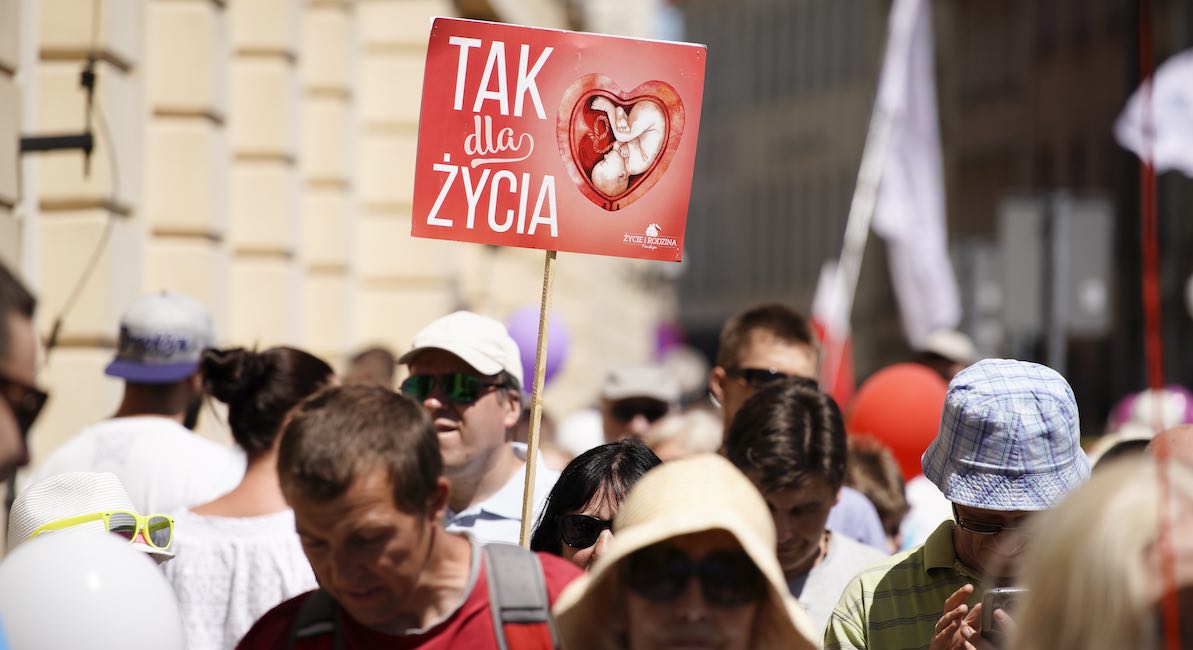 Five thousand people participated in Poland’s 16th annual March for Life and the Family, which took place in Warsaw on September 19. While previous marches took place at up to 140 satellite locations simultaneously, this year’s march was held solely in the nation’s capital due to COVID-19.

Paweł Ozdoba, the head of the Center for Life and the Family and an organizer for the March, opened the event by addressing this year’s fatherhood-centered theme, “Father – be, lead, protect.” Ozdoba reflected, “A responsible and strong father and a strong man are needed not only by the family, but also by the whole society.” Ozdoba and other march organizers met with the country’s president Andrzej Duda beforehand. As previously noted by Live Action News, in 2020, Duda became the first Polish President to attend the March.

The March also included a tribute to the late Cardinal Stefan Wysyznski, a staunch pro-life advocate. Wysyznski was recently beatified by the Catholic Church, a step on the path to recognized sainthood. Ozdoba commented, “The Primate of the Millennium was so often called the ‘Father of the Nation’, hence the connection. We wanted to show that Polish fathers are responsible. We want to send a signal not only to the whole of Poland but also to the whole world that there are men in Poland who take responsibility, that they do not run away from it.”

English translation of tweet: “The streets of Warsaw full of smiling and happy families! Thank you for being with us!”

This year’s event marked the first March since the country outlawed discriminatory abortions based on fetal disability in 2020. The ban cannot be appealed, and took effect on January 27, 2021. CNN previously noted that approximately 98% of abortions in Poland in 2020 were performed specifically because the child had a disability. Live Action News has highlighted several of the many Polish pro-life organizations that have stepped up to assist mothers and families facing a poor prenatal diagnosis. Abortion remains legal in Poland in cases of rape or incest or when the mother’s life is judged to be in danger because of the pregnancy (see more here about why abortion is never truly medically necessary).

In September, Live Action News reported that Poland continues to face harassment over its pro-life laws from the European Court of Human Rights.