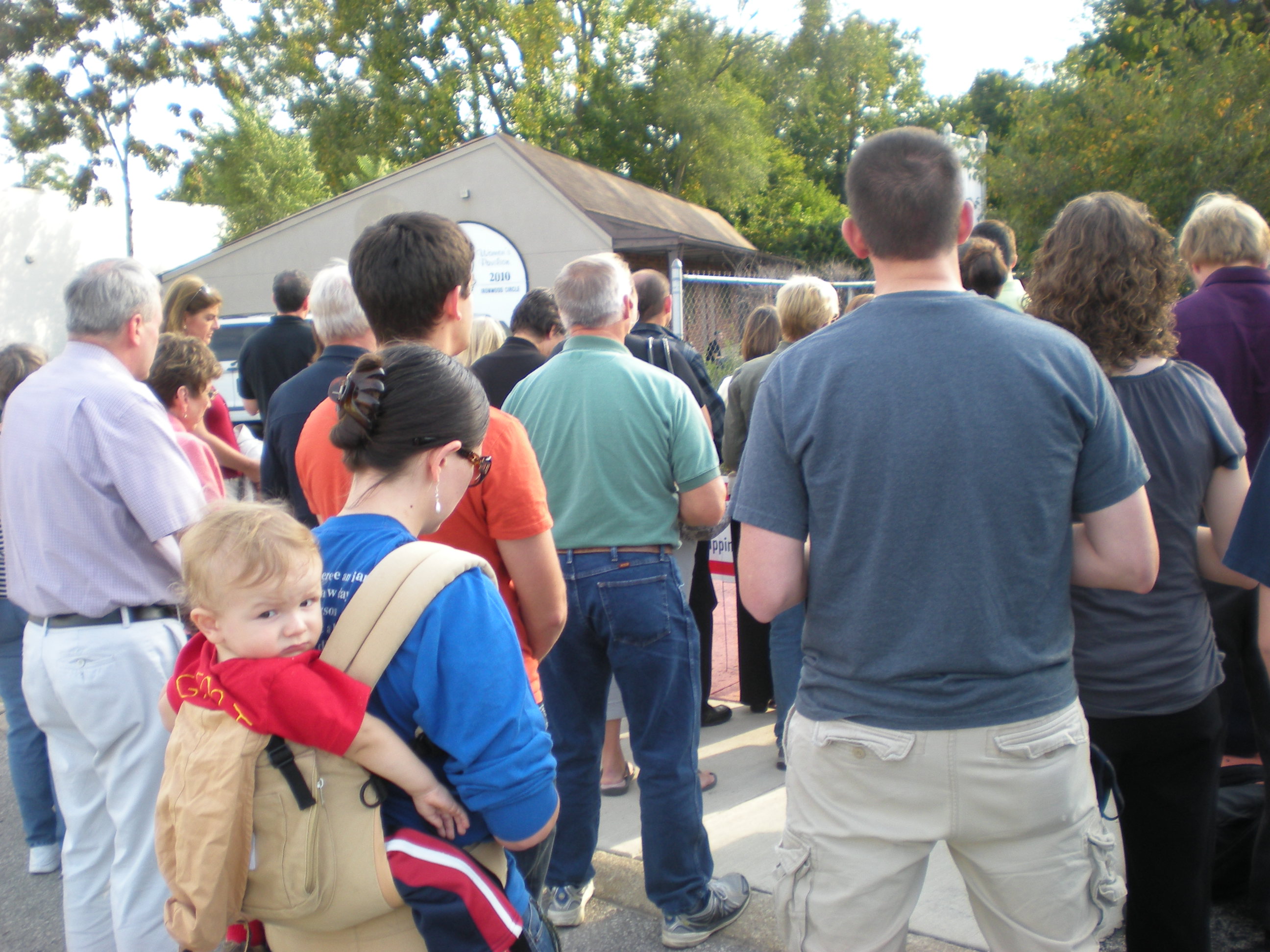 On Wednesday of last week, the abortionist in South Bend – Dr. Ulrich Klopfer – shoveled snow in an empty parking lot instead of killing babies. 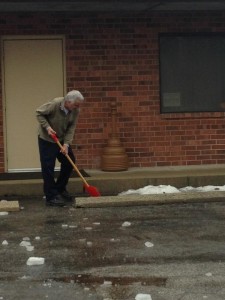 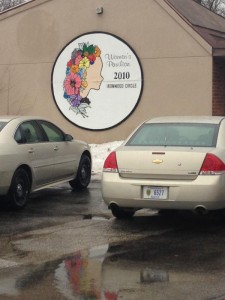 Dr. Klopfer has been under investigation by St. Joseph County Special Victim’s Unit for allegedly failing to meet the state’s reporting regulations for child sex abuse.  Only employee vehicles were visible in the lot on Wednesday.

Sporting boarded-up windows and a business logo showing an attractive but faceless image of a woman, the facility has been the site of 12 consecutive 40 Days for Life prayer vigils.  Wednesday was the first “abortion day” that no abortions occurred; instead, law enforcement authorities arrived to seize files and serve a warrant. Patients were sent home and the abortionist shoveled snow.

Shawn Sullivan, the director of 40 Days for Life in South Bend, states that, “Through the 40 Days for Life campaigns, I have never seen Dr. Klopfer shut down.  But we have never had so many prayer witnesses, and their prayers were  answered on the Feast of St. Joseph.” Sullivan adds, “We just let the Holy Spirit use us to convert those hearts and minds that remain open to Him. This is clearly all God’s doing.” 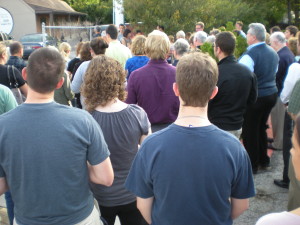 Every mother who approaches the abortion clinic has slipped through every other safety net, and it’s up to the prayer witnesses and sidewalk advocates, by the grace of God, to change their course. Of late, an increasing number have been coming from Fort Wayne since the abortionist there no longer practices after losing his required back-up physician for failing to report abortions performed on minors.

Every “save” is akin to a miracle, given the very limited opportunity sidewalk advocates have to connect with women walking into the abortion facility; yet, such miracles do happen. “This entire enterprise, only a year old, is an uprising of the Holy Spirit to convert the culture, and our work starts at the gates of Hell,” says Sullivan.  His group, the Apostolate of Divine Mercy in Service of Human Life, has seen over 30 saves and has helped a number of women through its ministries.

Hearing the story of a save is especially motivating for those who this past winter and during the present 40 Days vigil withstood the blistering cold, harsh winds, and several feet of snow. 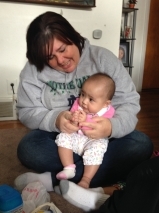 Ellen Master, director of TLC Advocates (The Life Center’s sidewalk advocacy branch), one of the ministries operating out of the Apostolate’s Life Center building, says, “Thirty lives have been changed forever, and I give Glory to God for intervening on behalf of all of us willing to go and speak for the voiceless.” In addition to her tireless advocacy for the preborn, Master calls and visits mothers throughout their pregnancies.   This ministry, called “Life Support,” is also housed at TLC.  Recently, she and the TLC team helped a woman work through legal concerns that she would be fired as a result of her pregnancy, and later Master visited when the baby was born.

Ellen Master, Director of the TLC Advocates, one of the ministries operating at TLC is shown here holding Erielle, one of the babies saved through her ongoing efforts.

During a visit with this family, the father looked at Master and said, “You not only saved my baby’s life; you saved our marriage.”  He’d intended to leave his wife the day he took her to the abortion clinic because he didn’t want to abort his child. 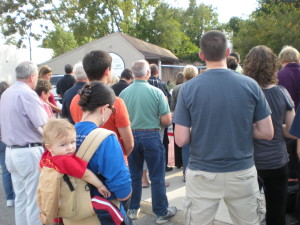 In this past year and a half, since Bishop Kevin C. Rhoades approved of the Apostolate’s game-plan, two nearby abortion facilities have shut.  This means that all of the region’s abortion business is funneled into the South Bend clinic, which is now sandwiched in between the “Prayer Peninsula” (a patch of sidewalk that the Apostolate built for pro-life advocates) and TLC.  The abortionist’s legal problems have been increasing at a seemingly exponential rate since the Apostolate was formed, and, as activity at the adoration chapel has increased since September, the abortionist’s problems have heightened – culminating with this week’s interruption of business.

Tom Policinski, Head Sacristan of the Chapel of Divine Mercy next to the abortion facility, says that, “Dr. Klopfer is known for coming out to the parking lot when women and children are present praying, and yelling all sorts of vile and vulgar profanities and insults. During this 40 Day campaign, we have adorers in the chapel on one side of the abortuary, and the prayer witnesses on the other.” Policinski notes that saves have increased from two a year to about two per month. 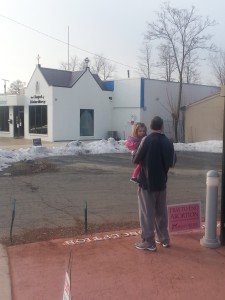 A prayer witness looks on at an empty abortion clinic parking lot, with the TLC and the Chapel of Divine Mercy in the background.

Over the years, in addition to an adoration chapel, the pro-life community in South Bend has grown to support an adoption agency, TLC Advocates, Life Support (assistance to mothers), a Natural Family Planning group, a post-abortive healing ministry, a “Theology of the Body” training ministry, and Health-First as well as Facts-First ministries to bring the truth about abortion to the public.  Sullivan believes we cannot convert the culture if we do not have a replacement, and that this kind of multifaceted approach is essential to address a culture that routinely sends women with unplanned pregnancies to get abortions.  He contends that after forty years of legal abortions and the growth of Planned Parenthood, this uprising of the Holy Spirit is the necessary means by which cultural change will be affected.

“Those prayer warriors over there,” Sullivan says pointing at the window to the chapel, “pray over the TLC Advocates and the mothers driving into the abortuary, and that’s why there have been over 30 saves in little over a year.  We just let the Holy Spirit use us to convert those hearts and minds that remain open to Him. This is clearly all God’s doing.”