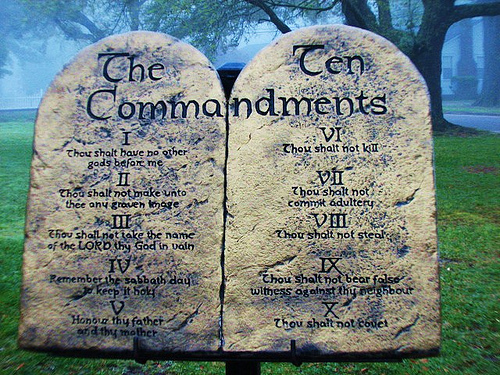 In imitation of the Christian 40 Days for Life program, Planned Parenthood is embracing its own version of a 40-day prayer, in what they call a “show of support” for women. As the minds behind the “Official Committee of Six Rivers Planned Parenthood” push their abortion agenda to the limit, they have now produced a doctrinal outline of sorts, where PP and its “Clergy for Choice” exalt abortion as “sacred” and themselves as the “compassionate people of faith and wisdom” who value all human life. Christians will find the prayers disturbing, along with the possibility that others may be led into the same spiritual confusion.

Even if we could accept the thesis that the unborn is not really human or really alive (which we cannot), this strange “prayer” is still laden with spiritual errors and disordered thinking. But it provides us a rare chance to look at what has been revealed: that there are spiritual leaders and forces behind the abortion movement, and that not only are these in conflict with the teachings of Jesus, but they utterly defy Him as the way, the truth, and the life, even as they pretend to call upon his Name.

The 40 Days format, written by “Faith Aloud,” is so obviously twisted, chock-full of Planned Parenthood’s usual messages of moral relativism, which says:

Furthermore, these people praise abortion workers (rather than the women who give birth) as heroes, all the while projecting hostility onto those who pray to protect life.

What you will not find in the 40 “prayers” is the message of forgiveness, of hope in repentance, of belief in the gospel, or of the power of the cross.

The intention on Day 14 says: “Today we pray for Christians everywhere to embrace the loving model of Jesus in the way he refused to shame women.” If we presume that this alludes to the woman caught in adultery (John 8), it is true that Jesus did not shame the woman. All Christians do well to convey to those in trouble that God loves them no matter what sins they have committed and that they should come to him for healing and reconciliation. But the rest of the message should not be forgotten. Jesus saved the life of the woman, demonstrating the Will of God and the value of life. He convicted her accusers of their own sins, and then, after refusing to condemn the woman himself, he set her free, saying, “Go and now sin no more!”

The theology that Planned Parenthood has embraced refuses to recognize sin or accountability, the need for repentance, love in terms of self-sacrifice, or even adoption, which is so holy an option that all believers are called “adopted children of God.”

We do not talk much about blasphemy today, but there is no greater spiritual danger than blasphemy against the Holy Spirit, called the “unforgivable” sin. That is what we risk when we call good evil and evil good. Such was the situation when the Pharisees accused Jesus of using the power of Satan to cast out demons in Matthew 12. Isaiah 5:20-24 warns, “Woe to those who call evil good and good evil, who put darkness for light and light for darkness[.] … Woe to those who are wise in their own eyes and clever in their own sight who acquit the guilty for a bribe, but deny justice to the innocent. … [T]hey have rejected the law of the Lord Almighty and spurned the word of the Holy One of Israel.”

Jesus warned: “Beware of false prophets, who come to you in sheep’s clothing, but inwardly are ravening wolves. By their fruits you shall know them. A good tree cannot bring forth evil fruit, neither can a corrupt tree bring forth good fruit. Not every one that says unto me, Lord, Lord, shall enter into the kingdom of heaven; but he that does the will of my Father who is in heaven” (Matthew 7: 13-21).

Can Planned Parenthood’s prayers – intentions that champion abortion, with victims numbering in the tens of millions – possibly be considered in accord with the Will of God? Can the one who said, “Let the little children come to me and forbid them not, for to such is the kingdom” (Mt. 19), and “deny yourself, take up your cross and follow me” (Mk. 8) be willing to favor the request to facilitate abortion? The scriptures tell us that when we keep the commandments, our prayers are heard. “If you abide in Me, and My words abide in you, you will ask what you desire, and it shall be done for you” (John 15:7).

“… love one another, for he who loves another has fulfilled the law[.] … You shall not commit adultery, You shall not kill.” -Romans 13:8

Jesus’s entire mission had to do with showing us how to have abundant life by loving others through our own self-sacrifices. He expects us all to support the weak and needy, not to kill them; “… you know that no murderer has eternal life abiding in him. We know love by this, that He laid down His life for us; and we ought to lay down our lives for the brethren. But whoever has the world’s goods, and sees his brother in need and closes his heart against him, how does the love of God abide in him?” (1 John 3:15-17).

God will forgive us if we confess our sins. He will never turn anyone away who comes to him in sincerity. But there is no scripture that supports a woman’s “right to abortion.” Abortion is a rejection of God’s law of love and leads to death: “The mind of sinful man is death, but the mind controlled by the Spirit is life and peace; the sinful mind is hostile to God. It does not submit to God’s law, nor can it do so. Those controlled by the sinful nature cannot please God” (Romans 8:9).

“For the eyes of the Lord are on the righteous and his ears are attentive to their prayer, but the face of the Lord is against those who do evil.” -1 Peter 3:12

In fact, the lies and killing of Planned Parenthood put that organization right in the camp of the enemy: “You are of your father the devil, and the desires of your father you want to do. He was a murderer from the beginning, and does not stand in the truth, because there is no truth in him. When he speaks a lie, he speaks from his own resources, for he is a liar and the father of it” (John 8:44).

Spiritual blindness, deafness, and hardness of heart will result from an abortion agenda. It was the hard-hardheartedness and obtuse spirit that grieved Jesus when he asked, “Which is lawful on the Sabbath: to do good or to do evil, to save life or to kill?” But they kept silent (Mk. 3).

Jesus could not be more clear about the goodness of creation, about new life, or about how we are to treat children. It is even rooted in our relationship with Him: “Then He took a little child and set him in the midst of them. And when He had taken him in His arms, He said to them, ‘Whoever receives one of these little children in My name receives Me; and whoever receives Me, receives not Me but Him who sent Me'” (Mark 9:34-36).