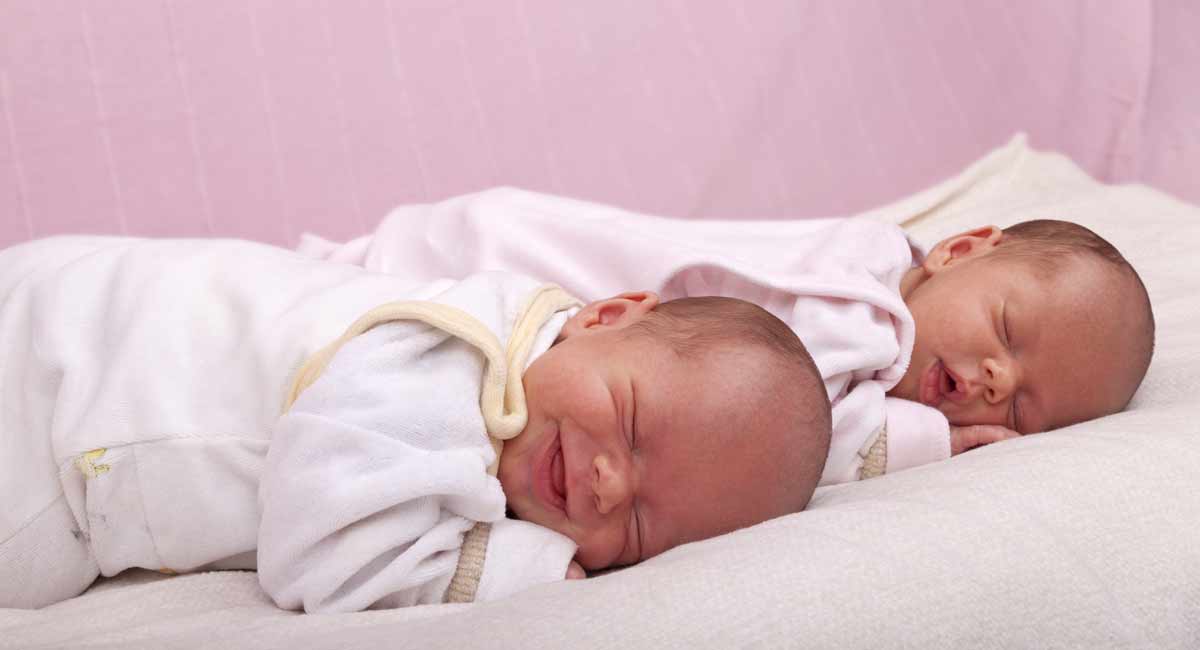 According to The Sun, Joanna Gregory gave birth to non-identical twins Lola and Lexie on Valentine’s Day 2015. She and her partner Chris Lovell were then excited to learn five years later that they were again, expecting twin girls. Little Ella and Ava weren’t due to be born until April 7, but they arrived eight weeks ahead of schedule – on Valentine’s Day. Ella and Ava are identical.

“I was unable to cuddle them and it was hours before I could see them,” Gregory said. “It was heartbreaking, but necessary.” It was three days before Gregory was able to finally hold Ava and Ella, who both needed oxygen support to survive. While Ava improved, however, Ella had a tougher time of it and had to stay behind while her sister was upgraded to a different hospital. They were reunited last week and are now working at getting strong enough to go home. Ava is finally off of oxygen and is drinking milk and hopefully, Ella will soon be doing the same.

“But they would not have survived if it hadn’t been for the staff at both hospitals – they saved their lives,” Gregory said. “They are unbelievable and I can’t thank them enough.” Premature babies born beginning at 25 weeks have at least a 50 percent chance (and greater, as gestational age increases) of survival.

Lovell called his new twin daughters “gorgeous” and told the Daily Mail that while twins hadn’t been known to run in the family, they certainly do now. He never expected to have two sets of twin girls but is thrilled. The couple also has a seven-year-old son, according to Facebook.

“We will certainly never forget their birthdays – and Chris better not forget Valentine’s Day,” Gregory joked to The Sun. “The whole thing feels magical.”