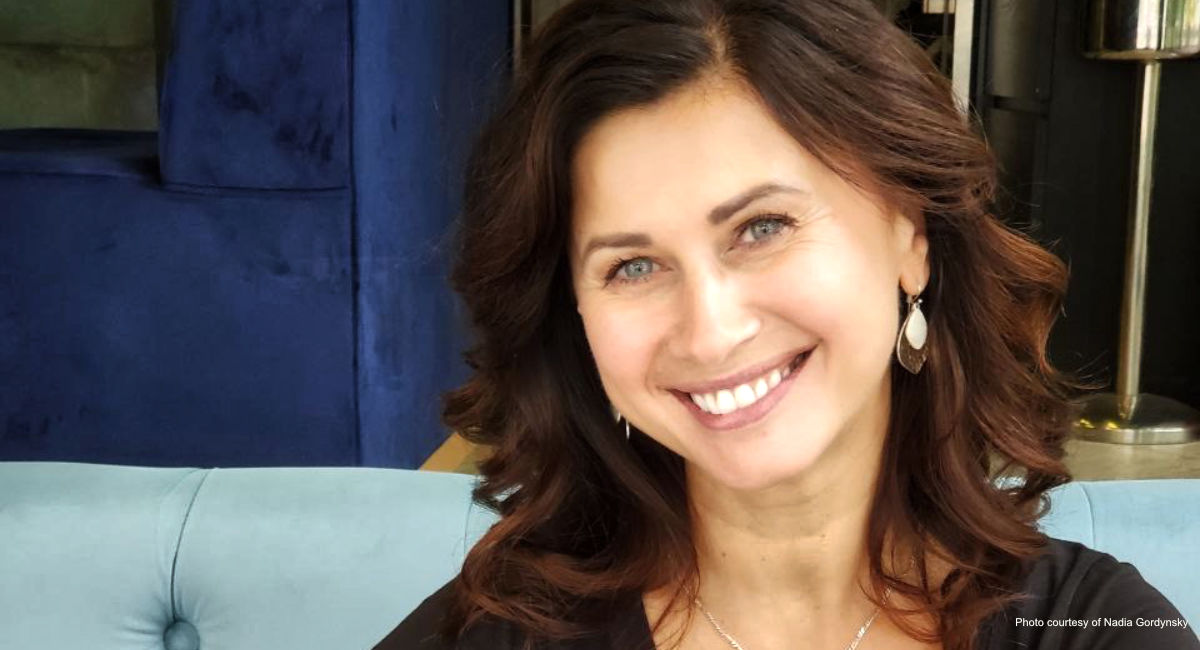 Nadia Gordynsky, founder of Save a Life International, was born and raised in Ukraine with a Christian foundation. In the late 90s, she relocated to the United States and became a successful Christian music performer, releasing four albums. At the time, Gordynsky thought she had found her true calling — but as she would discover, God had other plans.

Gordynsky told Live Action News, “Fifteen years ago, I would have never believed I would be working with women or talking about abortion. But when my third child was born at just 18 weeks gestation and perished an hour after his birth, it marked a turning point in my life.”

Holding her baby’s frail body after 13 hours of labor and seeing his tiny heart beating through his thin skin impacted her greatly. As Gordynsky and her husband cherished the short time with their son, whom they named John, they cried and prayed together.

“We came home with empty hearts, missing our precious son, but I trusted that God still had a plan,” Gordynsky said. “Through my heartbreak, God revealed to me the sanctity of life. I believed my pain had a purpose but at the time, I didn’t know where I was being led.”

Just two months after John’s passing, Gordynsky traveled to Ukraine to take part in the Billy Graham Crusade. She connected with fans from her music days and was asked to return six months later to perform at a pro-life rally. While there, she was stunned to discover millions of Ukrainian babies were being slaughtered in the womb from widespread abortion practices.

Gordynsky said, “Ukraine was part of the USSR at the time and abortion was a popular method of contraception. I didn’t know any of this. I was completely blind to the atrocities committed on the preborn in my native country.”

She recalls meeting a little girl who survived an abortion at five months. Doctors had put her in a linen closet to die but she survived. She was then transferred to the hospital’s intensive care unit and later sent to an orphanage where a Christian couple eventually adopted the child.

“I felt I had a new calling now – to stop the bloodshed of innocent babies,” Gordynsky said.

For the next six years, and with the blessing of her husband, Gordynsky traveled to Ukraine to illuminate the violence of abortion. She leveraged her Christian connections there and put together presentations, sharing her own testimony of infant loss.

Gordynsky said, “It was an amazing time. There really was no organized pro-life movement so my outreach gained a lot of traction quickly. I was approached by school administrators who told me stories of abortions. They urged me to come and speak there.”

Eventually, Gordnynsky quit her job managing a medical practice and enrolled in CareNet training. She returned to Ukraine and opened her first pregnancy care center with just 35 volunteers.

“I had no paid staff; I was armed with just $300 in my pocket when I opened the first center and a passion to help women in adversity,” Gordnysky explained. “I told my volunteers to be judicious with the money. I didn’t have access to fundraising as I belonged to a small Ukrainian church, but I did have faith in what God could do.”

As she dipped her toe in the water, Colorado missionary David Bentley urged Gordynsky to form her own board of directors and officially launch Save a Life International, which she did in partnership with her husband.

Founder of a global pro-life initiative

“David told me, ‘Stop whining about wanting to do more for women and just do it, Nadia’,” Gordynsky said. “He gave me the push I needed to reach my goal of establishing centers globally so that every abortion-minded woman can get help without judgment.”

More centers were launched, and to date, Save a Life International has established seven pregnancy support facilities in Ukraine, one in Poland, and one in Philadelphia.

Gordnysky said, “God was so gracious to give me the chance to save babies. Our ‘first babies’ are now in school. When women come to know Christ and accept His salvation, it’s natural for them to want to care for their babies because they see the value of life through Christ’s eyes.”

“From sex slavery survivors to grieving women grappling with losing a child through miscarriage or abortion or young moms who need guidance and financial support, we want to meet women where they are, no matter their circumstances,” Gordnysky said. “We are always seeking ways in which to support women in crisis.”

One of Gordynsky’s initiatives is the Threads of Hope program, which fills a gap in care for Ukrainian women who have lost a child shortly after birth. The idea for the initiative took root after Gordynsky learned about a friend in Ukraine who gave birth to a stillborn baby. The woman’s husband was coldly advised by hospital staff to bring a trash can in which to dispose of the child.

“Hearing that story devastated me,” Gordnysky said.  “There was no dignity given to her when she needed it the most. Women who have lost babies should be treated with compassion and kindness. Their children mattered and deserved to be treated with respect afforded to any life.”

Gordnysky doesn’t view Save a Life International as “her” creation. She believes God led her to this path, equipping her only with the faith He would lead the way forward.

“I didn’t have a ‘Plan B’ when I started out,” Gordynsky said. “I just knew God called me to do something. But I’ve learned that when you trust God completely, everything just falls into place. I’m excited about what doors God will open next and will continue my journey with an open heart and a passion to affect change.”