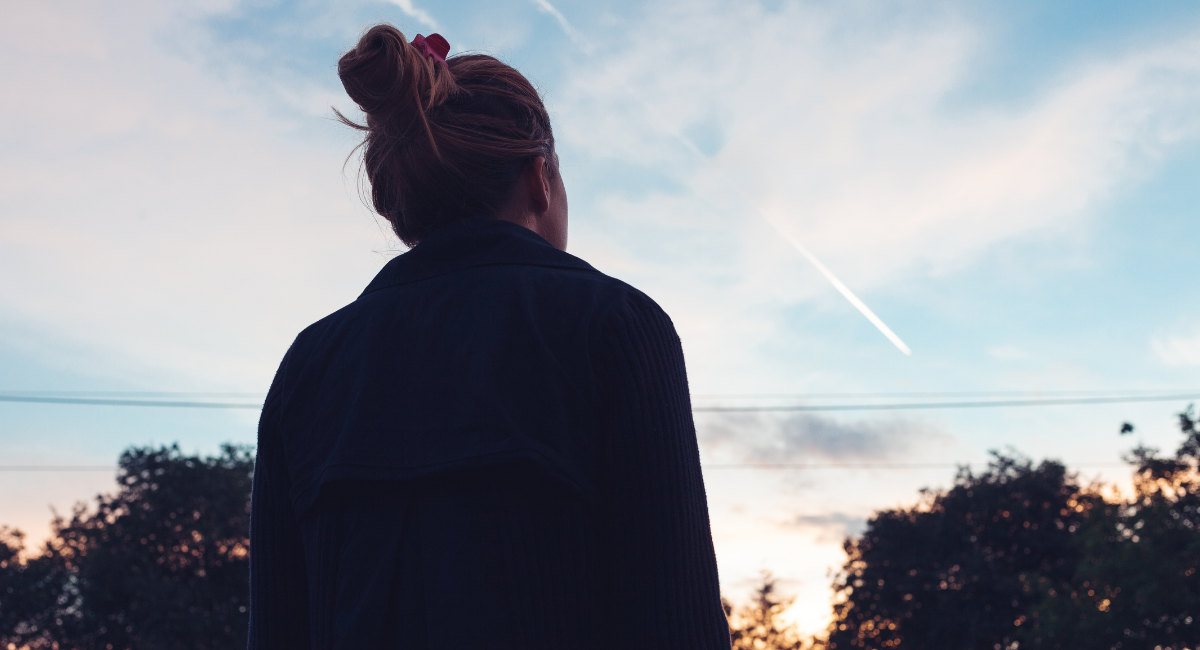 Tamara Vest grew up in foster care, and eventually aged out of the system, seemingly condemning her to a bleak future. But Vest has since graduated from college, is working towards a master’s degree, and is now employed as a social worker — all to better help other foster children like her.

Vest aged out of foster care in Kentucky at the age of 17, after having a rough childhood. Her mother was a lifelong drug addict who wasn’t often in her life, and her father died from lung cancer when she was nine years old. “They had to carry me out of the funeral home because I couldn’t bear the thought of leaving him,” Vest told TODAY Parents. “It had always been just the two of us. I didn’t have anyone else.” Though her mother was still alive, she wasn’t able to take care of her — something that still hurts.

“It’s always something I struggle with,” she said, in an interview with Spectrum News. “It hurt me when I was a child. But I never really completely understood the loss until I was older.”

After losing her father, Vest went to live with her older brother and his wife, who were given custody. But the new arrangement did not work out well, as she faced neglect, along with emotional and physical abuse. “From day one, they made it very clear that they didn’t want me,” she said. “Every night that I spent in that house, I had dinner alone while they sat together in another room.”

Vest was punished frequently for the smallest indiscretions, including absolutely necessary things like eating and drinking, or using a tampon. “I was only allowed to eat or drink when they said I could,” Vest recalled. “One night I was so thirsty that I drank snow cone syrup from the pantry. If they heard me turn on the sink to get water… it wouldn’t have been good.”

She hated going home each day, and school became her refuge. “I was scared to speak up in fear that it might make the situation worse, or that I would end up in foster care — ironically,” she said. But one day, at age 16, she did tell school counselors about the abuse. She came home afterwards, and her brother told her to pack her things… and then dropped her off at a homeless shelter. “My brother decided he didn’t want to take care of me anymore.”

From there, Vest was in the foster care system, going from home to home until she was placed in a living facility for teenagers. She lived in an apartment, which she paid for through rental assistance and a grocery subsidy. Though she did well being independent, she still wanted a family. “I remember begging people to adopt me,” she said. “All I wanted was parents. You never outgrow the need for someone to care about you. It was incredibly lonely living on my own when my friends all had families cheering them on and teaching them to drive and stuff.”

Still, Vest thrived at school, graduating with straight A’s a semester early, and then graduated from the University of Kentucky summa cum laude. This makes her a rarity; less than 10% of foster youth graduate from college. Aging out of foster care can also come with other problems: children who age out of foster care are also at extremely high risk for homelessness, unwanted pregnancy, substance abuse, unemployment, criminal activity, and more. Yet Vest beat the odds, and she’s now working on her master’s degree. She chose to pursue a field inspired by the people who had helped her the most: social workers.

“They were the only people who heard my voice and believed in me when no one else did,” she said. “One social worker paid my phone bill out of her own pocket. One social worker would help me with feminine hygiene products. In many ways, they were my family.”

Today, Vest works as as social worker, and supervises the Kentucky Foster Youth Advocacy Council. It’s a job she feels passionately about. “They trust me because I’ve been there. I’m able to get on their level and say, ‘Hey, I understand,’” she said. “I love being somebody they can look up to. These kids aren’t getting nurtured and told, ‘Hey, you can go to college.’ So I want them to see me and say, ‘I can do something with myself.’”