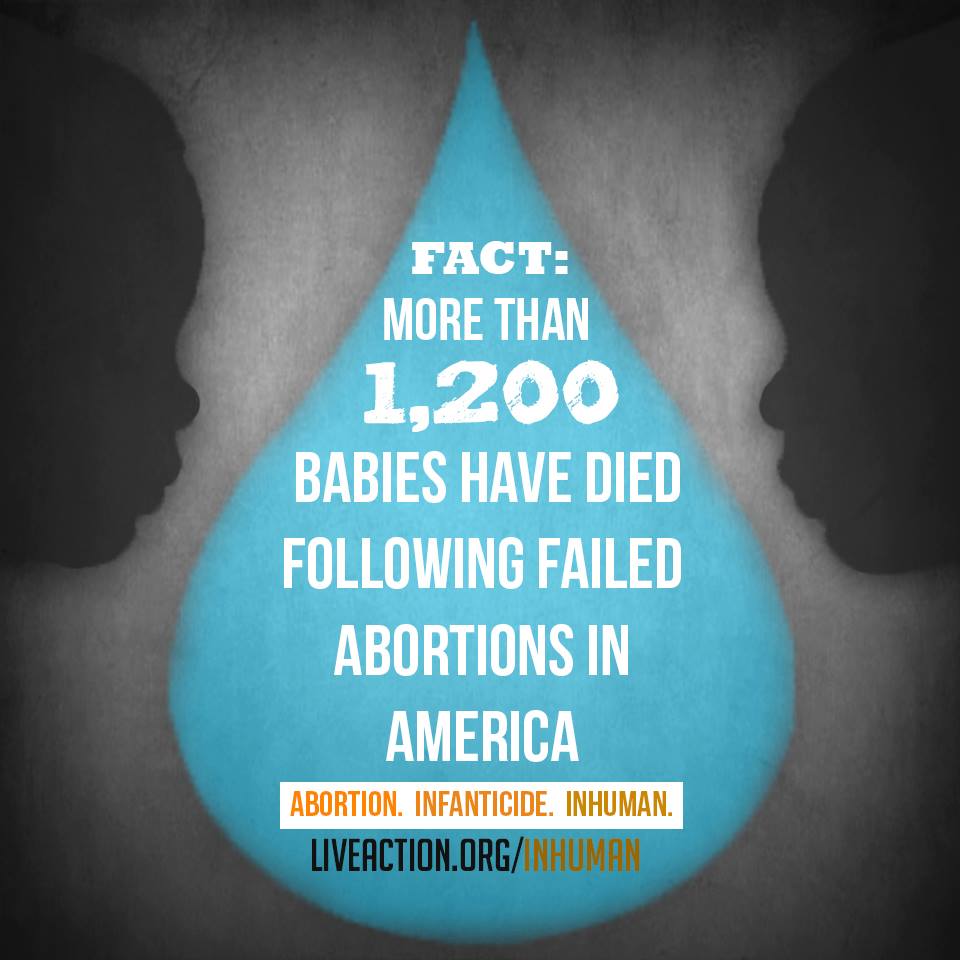 A defensible graphic on an indefensible aspect of our society. 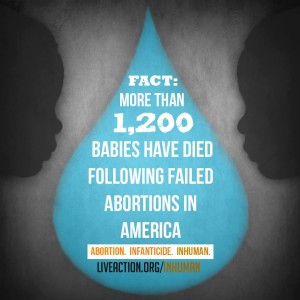 Be confident to share this graphic – it’s accurate and easily defensible.

Twelve hundred babies surviving abortions in the U.S., even in just one year, is a conservative estimate. Thousands of children have survived abortions in the forty years following the national legalization of abortion in 1973.

Just eight years after Roe v. Wade, Liz Jeffries and Rick Edmonds were named Pulitzer Prize finalists for their series on the live-birth abortions already epidemic in the abortion industry. Jeffries and Edmonds recorded heartbreaking testimonies from nurses who held and comforted dying abortion survivors. They also revealed the magnitude of these horrors:

Dr. Willard Cates, an expert on medical statistics who is chief of abortion surveillance for the Center for Disease Control in Atlanta, estimates that 400 to 500 abortion live births occur every year in the United States.

No one is so naive as to think there is reliable voluntary reporting of live births in the present climate.

In other words, the number of babies born alive after abortions is actually much higher.

Procedures have evolved since the seventies and eighties in an effort to more effectively kill the child in the womb. For example, less than 1% of abortions performed now are saline abortions, previously a method of choice. However, evidence clearly shows that infants are still born alive. Most of these are left to die.

In 2011, the CDC recorded 1,298 cases of infant death in the U.S. due to “Other perinatal conditions,” which includes ICD-10 category P96.4, death subsequent to a failed “termination of pregnancy.” Numbers have not been released for the particular category. If they ever are, we can expect them to be far lower than the actual death toll. As Dr. Cates reminded us, there is no “reliable voluntary reporting of live birth” after abortion.

In 2007, a study published in the British Journal of Obstetrics and Gynecology concluded that about 1 in 30 abortions after 16 weeks’ gestation result in a born-alive infant. At 23 weeks’ gestation, the number reached 9.7%. By a very conservative estimate, this study would suggest that over 900 babies survive late-term abortions each year in the U.S [1].

The Daily Mail reported that in just one year, 66 babies in the United Kingdom who survived abortion attempts were left to die. Canadian government statistics indicated that an average of 49 such born-alive infants die each year.

Anecdotal evidence is just as shocking. In 2008, Students for Life of America conducted an undercover investigation of a Planned Parenthood late-term abortion clinic in Freehold, NJ. A nurse explained to the investigator that a 22-week abortion involves inducing delivery. The investigator then asked if babies are ever delivered alive. The nurse replied, “It does happen, where it’s still alive…but it wouldn’t be able to survive on its own, so eventually the baby does die.”

In Live Action’s Inhuman investigation, clinic workers and abortionists in New York and Washington, D.C. describe drowning born-alive infants in jars of toxic solution or leaving them to die without medical care. A clinic counselor at Family Planning Associates in Arizona admits that babies have survived abortions at the clinic. When that happens, she says, “[t]hey will not resuscitate.”

In 1999, Jill Stanek, a nurse, held a baby who survived an abortion until he died in her arms. Countless others were left to die on counters and scales in her hospital.

People like Melissa Ohden, Gianna Jessen, and Claire Culwell are also living, breathing, adult proof that babies survive abortions. Melissa was saved by compassionate nurses, but what of those who are not so fortunate?

The Grand Jury said Kermit Gosnell killed “hundreds” of babies who survived his abortions. Just a few days ago, Douglas Karpen’s former assistants accused the abortionist of killing “three to four” born-alive babies a day by cutting their spinal cords, forcing instruments into the soft spots of their heads, or even twisting their heads off their necks.

If his assistant’s estimate is accurate, Karpen alone could have racked up a death toll of 1,200 born-alive infants in less than two years.