Twelve-year-old Archie Battersbee died on Saturday at 12:15 p.m. local time, according to The Christian Post, after the UK High Court ruled on Friday that his parents could not move him to a hospice center. His parents had attempted every legal angle to keep him alive or have him moved to a hospice where they could spend time privately together with Archie as a family. Live Action News reported previously on the family’s battle for his life.

“All our wishes as a family have been denied by the authorities,” said Archie’s mother Hollie Dance prior to the final decision to remove Archie’s life support. “We are broken, but we are keeping going, because we love Archie and refuse to give up on him.”

She announced Archie’s death to the press outside of the hospital on Saturday, saying, “It is with my deepest sympathy and sadness to tell you all that Archie passed … today. I would just like to say I am the proudest mom in the world. He was such a beautiful little boy. He fought right until the very end, and I am so proud to be his mom.”

Archie was found unconscious in his home by his mother on April 7 with a ligature around his chin and head, close to his windpipe. It is believed that he had been participating in an online challenge. About three minutes went by before his mother found him, and he had been in a coma ever since. 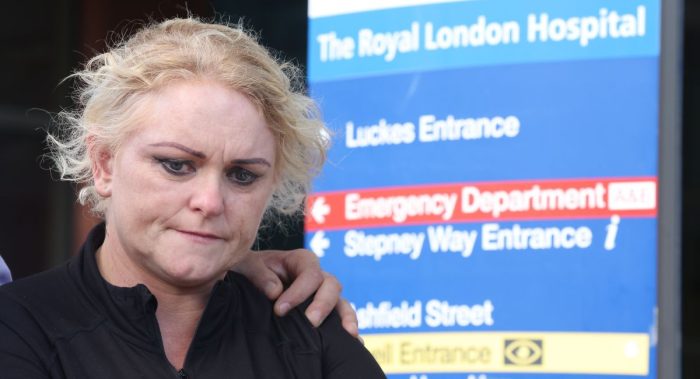 Hollie Dance, mother of 12-year-old Archie Battersbee, speaks to the media outside the Royal London hospital in Whitechapel, east London, after the European Court of Human Rights refused an application to postpone the withdrawal of his life support. Picture date: Wednesday August 3, 2022. (Photo by James Manning/PA Images via Getty Images)

One specialist said that the lower portion of Archie’s brainstem had suffered significant damage, leading a High Court judge to rule that Royal London Hospital could stop treating him against his parents’ wishes. However, his parents, Dance and Paul Battersbee, said they wanted Archie to continue to receive treatments until evidence showed “beyond a reasonable doubt” that Archie would not survive. Video shows Archie grasping his mother’s fingers, offering her hope. In addition, a U.S.-based doctor said that he believed Archie’s condition was reversible, noting that he could regulate his own temperature and blood pressure and had opened his eyes.

“There is no diagnostic protocol for either ‘brain death’ or ‘brainstem death’ that enjoys zero risk of false-positive error – declaring a live patient dead,” Dr. Alan Shewmon told Mrs. Justice Arbuthnot in an earlier court hearing. “The only absolutely sure diagnostic criterion for death is the permanent and irreversible absence of circulation.”

Yet, time after time, judges denied Archie’s parents requests and sided with the hospital. The Telegraph reported that Archie’s ventilator would be withdrawn at about 10 a.m. local time on Saturday after Justice Lucy Theis said that it would be against his best interests to move him to hospice.

A family friend, Ella Carter, told The Times, “He was taken off all medications at 10 a.m. and his life stats remained completely stable for two hours until they removed all ventilation and he went completely blue. There is absolutely nothing dignified about watching a family member or a child suffocate. No family should have to go through what we’ve been through — it’s barbaric.”