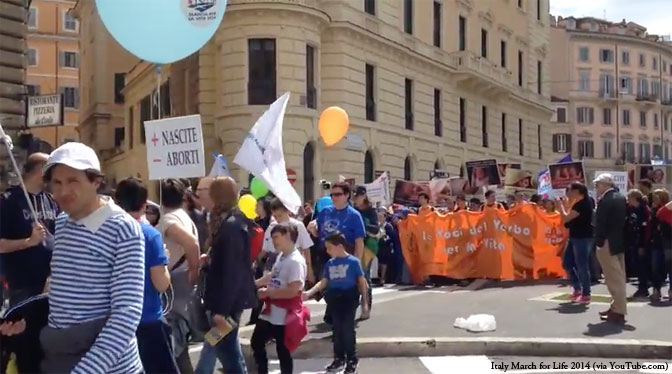 Italian health officials are reporting that the country is seeing its abortion rate decline for the tenth consecutive year. 97,535 abortions are estimated to have taken place in 2014, a 5.1% drop from 2013 and the first time the number has dropped below 100,000 in the country of 61 million people.

“The Italian data remain among the lowest compared with other industrial countries,” Italian Minister of Health Beatrice Lorenzin noted. According to the agency’s report, Italy boasts the fourth-lowest abortion rate among twenty major industrialized countries, with only Switzerland, Germany, and the Netherlands boasting lower rates. Russia has the highest rate at 31.3. The United States’ abortion rate is 16.9.

Elective abortion is legal in Italy for the first three months of pregnancy, but requires a one-week reflection period and approval by a physician. Parental consent is required for abortions sought by minors, and abortions past the first trimester are only allowed for fetal genetic defects or to preserve the mother’s physical or mental health.