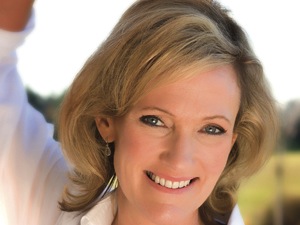 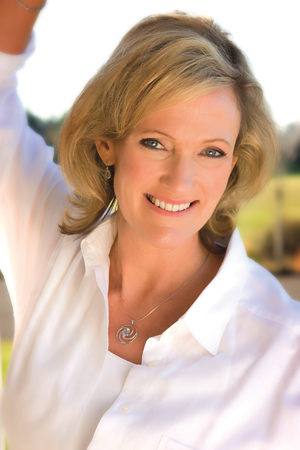 If you haven’t read any Karen Kingsbury books, you should definitely go pick one up. Maybe even order Shades of Blue on Amazon or get the Sunrise series sent to your Kindle. You could start by watching her book turned into a movie, Like Dandelion Dust – without a doubt one of my favorite movies ever. While I can’t wholeheartedly recommend every book written by Kingsbury, the vast majority of them proclaim good, healthy messages about relationships, love, family, and life.

Kingsbury is known as a Christian author, but she is hailed as “America’s favorite inspirational novelist” on her Amazon bio:

New York Times bestselling author Karen Kingsbury is America’s favorite inspirational novelist, with over 20 million books in print. Her Life-Changing Fiction has produced multiple bestsellers, including Unlocked, Leaving, Take One, Between Sundays, Even Now, One Tuesday Morning, Beyond Tuesday Morning, and Ever After, which was named the 2007 Christian Book of the Year. An award-winning author and newly published songwriter, Karen has several movies optioned for production, and her novel Like Dandelion Dust was made into a major motion picture and is now available on DVD. Karen is also a nationally known speaker with several women’s groups including Women of Faith.

What’s more, Kingsbury lives what she writes. She’s been married to the same man – whom she refers to as her “Prince Charming” – for over twenty years, and together they have six children. Three of their boys were adopted from Haiti just over a decade ago. Her ministry, Life Changing Fiction, raises money for various charities.

No matter which of Kingsbury’s books you pick up, you will likely walk away with the message that God has a plan for your life – a plan you may not personally approve of at the moment, but a plan that is altogether good. There are several messages like this one that Kingsbury continually pounds home in the most delightful ways. She illustrates the constant faithfulness of God in everyday life situations and in the most difficult circumstances. She paints her characters as realistic and usually down-to-earth. In fact, most of them could easily be your next-door neighbors.

But there is one message in particular that Kingsbury sends home to her readers in poignant ways, again and again. And that’s the message of the beauty and value of all life. Kingsbury doesn’t shy away from the hard topics of abortion and adoption. She has a personal story to share. In her author’s note in the back of Shades of Blue (a story about healing, forgiveness, and restoration for a man and a woman after a long-ago abortion), Kingsbury shares how she regrets driving a friend to an abortion appointment years ago when the friend had no one else to turn to. Kingsbury writes about how she wishes she had thought of something else to do, somewhere else helpful to take her friend.

Several people have written to Kingsbury, letting her know how Shades of Blue has changed their lives. Sixteen-year-old Lexie wrote:

Anyways, I really wanted to say thanks, for teaching me that every life is important no matter what age they are, and I can never thank you enough for filling me with knowledge that I never knew of. This book changed my life, maybe not drastically, but enough to make me never forget your words and these characters that you have so carefully made. I can’t remember a time where I have cried so hard over a book because I just kept thinking, someone in the world is going through this pain and suffering and hate for themselves and thinking God will never forgive him, but God is good, he forgives us no matter what we have done.

Jessie shared her own touching story:

So I think I have finally found healing after reading Shades Of Blue this weekend..I myself had an abortion years ago and have never forgot that. The guilt that pours through you is unbearable.. I have wondered who and what that baby may have been and have often wished I could go back in time and do what I have always known was right. I think I cried through this entire book and by the end I felt like I had some answers and could finally start to heal. I have been to church and have asked Jesus into my heart but it never felt right and I think I now know why…I have always felt like God has forgiven me but I never forgave myself! …

I saw it and picked it up and felt I had to have it. I didn’t even know what it was about..( God must have known I had to have it) I started reading it Friday night and finished it Saturday morning. Later that day I met a girl who had just discovered the day before that she was once again pregnant… My eyes instantly filled with tears. She had said she wasn’t sure if she was going to keep the baby. I started to sob and asked her if we could talk…..

Low and behold she agreed to have a conversation with me, so I was honest with her. I told her what I had been through in the past and then I told her about a book I had just finished reading. I wept and told her to please reconsider her choice. To make a long story short by the end of the conversation she herself was sobbing and thanked me for talking to her. She said she had goose bumps and that she would reconsider her decision.

And Shades of Blue is just one of Kingsbury’s books that deals with this tough subject. She writes about a young unmarried girl in Take Three (part of the Above the Line series) who nearly has an abortion but changes her mind and gives her son up for adoption. The trailer for Take Three shows an elderly man outside the abortion clinic giving Andi – the girl – a pro-life pamphlet about the development of her unborn baby.

The Sunrise series, particularly Summer, deals with Ashley Blake and her discovery that her first daughter has anencephaly – a condition that will cause her to die in the womb or very soon after birth. I won’t give away too many details, but suffice it to say that Summer is an absolutely incredible story that accurately portrays the feelings and beautiful experiences of many families who reject the advice to abort a baby with defects. You won’t walk away without crying your eyes out and celebrating the absolute wonder of each tiny life, no matter how brief.

This Side of Heaven, Loving, and Like Dandelion Dust all deal with adoption. When Joy Came to Stay and Between Sundays address the foster care system in a moving way. The entire Bailey Flanigan series is written about the Flanigan family, who have adopted half of their children from Haiti, just like Karen Kingsbury’s real-life family.

I can’t say enough good about Kingsbury and her choice to address the tough issues of abortion, adoption, and foster care from multiple angles in multiple books. I have no doubt that her books will continue to inspire, save lives, and bring healing to many. This culture needs more authors like her!