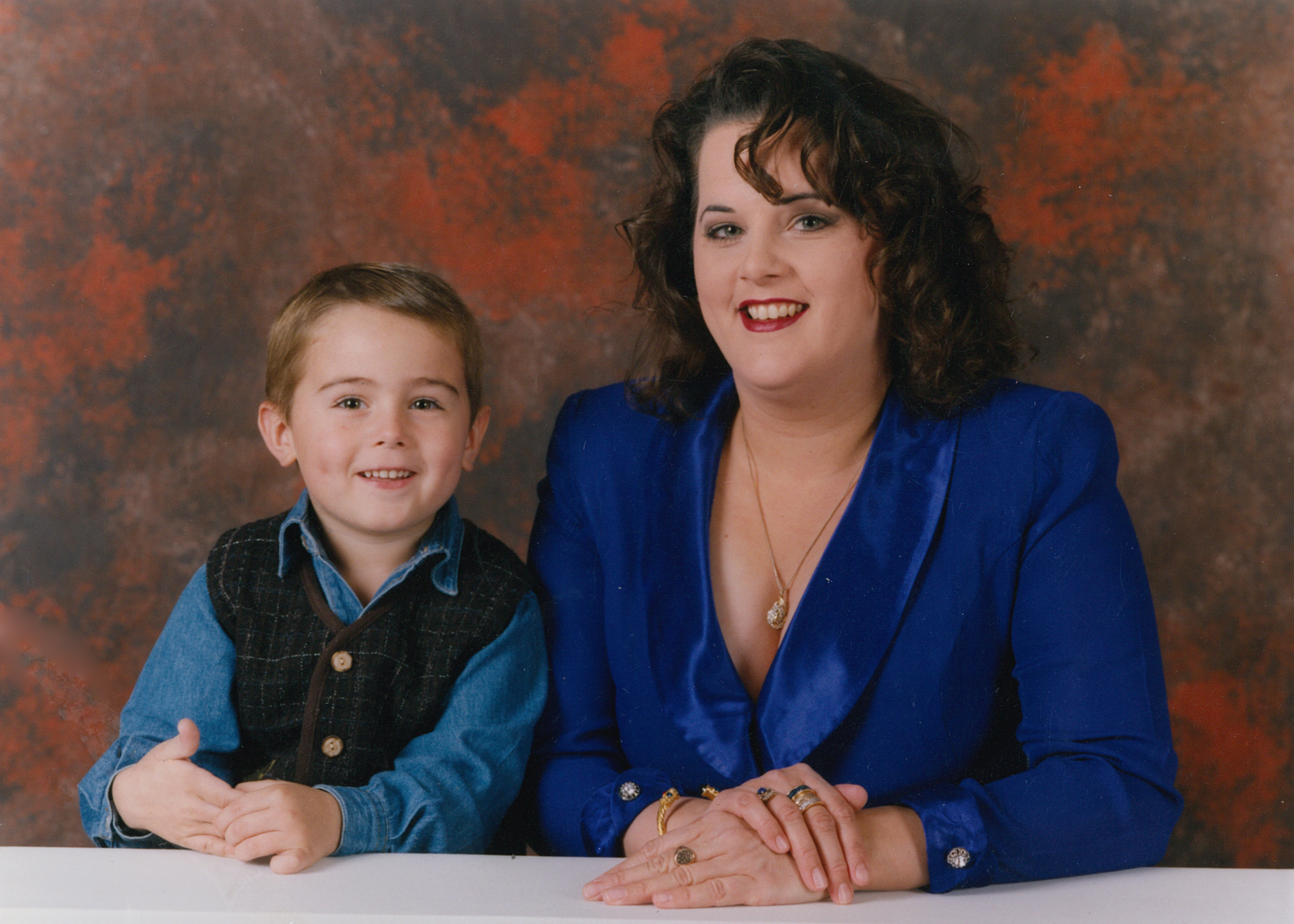 Jill has relentlessly worked to save lives for years. But the very first life she saved was the life of her own son. At the age of 26, her husband-to-be changed his mind on the day of their wedding – shaming Jill by refusing to even show up.

After his embarrassing rejection, Jill’s former fiancé popped in and out of her life. She became pregnant, and he took her to “abort their first little one.” At the clinic, Jill saw the ultrasound of her tiny son. She writes: “I accidentally saw my ultrasound when I went up to pay the Planned Parenthood cashier. I saw little arms, little legs, and a head.” Jill writes that the photo was just sitting there on top of her file.

For any other woman who is sitting in an abortion clinic right now, wondering if she should leave, Jill shares this message – based on her own experience:

Leave immediately!! Trust your intuition! God gives mothers nine months to become prepared for your child to enter this world; you have plenty of time to make plans and be ready for that angel to arrive!

While the ultrasound of her son struck Jill’s heart with his beautiful humanity, she still hesitated to leave Planned Parenthood. Her baby’s father wanted her to go through with the abortion. She tried to tell him about the incredible image of their baby son, but he refused to listen to her plea for their child’s life or to consider what the mother of his child might want. She writes that she pled, “This is not right. I saw the baby, on the ultrasound. We must work this out; we must leave this place.” But all her former fiancé could say was, “I can’t.” While Jill’s ultrasound was not this clear, she still knew her son was a precious child.

Prior to accidentally seeing the ultrasound (which was not voluntarily offered to her as a factual, scientific representation of her baby), Jill had undergone counseling at Planned Parenthood. She thought it was quite a sham, and not at all helpful in making a decision. Jill describes that “the state-mandated ‘professional counseling’ consisted of two questions, a sigh, and, ‘Well, it’s decided then.’” The clinic also had Jill “sit through a movie that described how the doctor would ‘suction out this untimely pregnancy.’” She describes the movie as “extremely clean, like almost stick figures” – nothing like the reality of abortion.

Jill also remembers that the waiting room had very different women in it – two friends who were loudly laughing about the abortions they were having together after “simultaneous one-night stands.” An older woman – Jill guesses in her 40s – was “looking miserable,” and there were a number of college-age mothers. All the women were “being shuffled from room to room by clinic staff, like cattle, really. Up to the payment desk for the privilege of paying Planned Parenthood to kill their child.”

Jill was very unimpressed with the standard of care at Planned Parenthood, sharing that it was practically non-existent. “Dressed in our gowns, we go to the doctor’s ‘procedure’ rooms, I slowly slide onto the cold metal table, next to a perfect silver tray lined with sharp polished knives of every shape & size.” When an older woman came into the room, she informed Jill that the doctor would come in within five minutes, and without any offer of pain medication, stated that Jill was to “be ready.” That, Jill writes, was “the extent of the doctor-patient consultation” she received.

Lying there on the cold table, Jill seized the strength she had as her son’s mother to change her mind – and the course of two lives – forever. She describes what happened next, referring to herself as “the mother:”

The Mother slips off the medical table, tears off the clinic gown, and rushes to take that first urgent, unforgettable step out of the abortion clinic. She’ll be Mother and Father to this special baby boy.

“Where will you go? What will you do?” six staff members call. Over my shoulder I say, “I don’t know, but this, this I know is wrong!”

From the corner of the room, a voice rises, someone whispers, “She could go…to Birthright.” When Jill did indeed go to Birthright, the receptionist there gave her words – and a blessing of sorts – she would always remember:

The first words out of the Birthright receptionist’s mouth were, “Congratulations on becoming a mother! Congratulations on your motherhood!” After so many “that’s terrible” or “how awful” or “have an abortion and start your life over” ‘s, it was really refreshing for someone – even one person – to say something positive about the situation I was in.

Jill hopes others will remember the attitude and words of that Birthright receptionist and share positive, encouraging words with any pregnant mothers.

I asked her what she would want to say to other women who are being pressured into an abortion, just like she was years ago. She wrote:

My mother reminded me the baby was conceived in love, which didn’t stop me from going to the abortion clinic, but it did make me think twice.

I would probably say, “Think back to when you were an innocent, invincible little girl – what were your hopes and dreams? Would that strong girl ever consider killing her baby? I know you planned on growing up and meeting the man of your dreams, falling in love, getting married, having a family, but God has a different plan for you now. Your dreams have been dashed, I know, but His plan for you now is to start that family: even if it is just you and this beautiful baby, everything will be just fine.”

And Jill certainly knows what she’s talking about. She raised her son, Nicholas Joseph, on her own. Even though she says she experienced pregnancy discrimination at her job, Jill kept on going, doing what was best for the son she chose to love. After Nicholas was born, Jill explains how she got creative to make ends meet and to be there for her son: “I started my own catering company. I prepared meals for medical staff three times a week and later took in children three days a week so I could stay home with Nicholas.” There hasn’t been a day in her life that Jill has regretted her decision to get up off that Planned Parenthood table, saving the life of her son. She writes of her thankfulness for those who are praying for mothers and babies, for those who are working “in offices, on computers, budgeting pro-life agencies, coordinating fundraisers, recruiting professional counselors with Masters Degrees, Sisters running Maternity Homes, donors giving baby layettes complete with crocheted baby afghans, men in pro-life marches, those who are building shelters, and parents who are telling their daughters, “I love you, always come to me in an emergency.””

Jill feels a special thankfulness to the two evangelical women who were outside the abortion clinic on the day she walked out. She explains that they “tried to stop my ex from bringing me in by rushing us and saying, ‘Please don’t kill your baby! Jesus loves your baby!’ I’ve been able to go back years later and thank them for praying outside Planned Parenthood. One of the ladies and I are still friends, as she is still handing out flowers and resource brochures every Saturday at Planned Parenthood at the age of 84.”

And to every pregnant woman, Jill writes: “THERE IS HELP.”

For resources and information see: