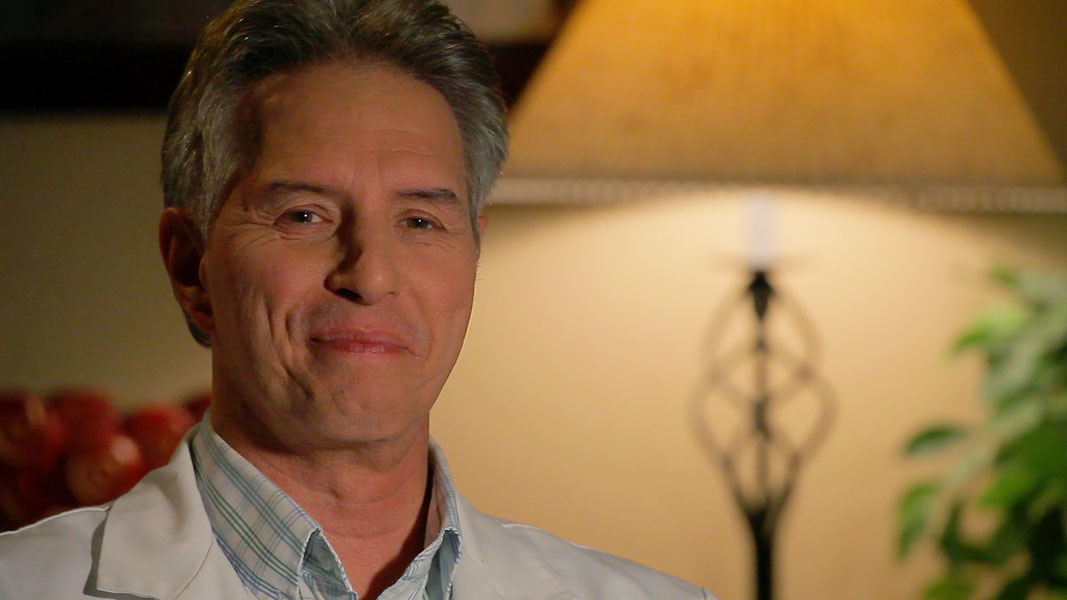 In 1976, Dr. Anthony Levatino, an OB/GYN, graduated from medical school and was, without a doubt, pro-abortion. He strongly supported abortion “rights” and believed abortion was a decision to be made between a woman and her doctor.

“A lot of people identify themselves as pro-life or pro-choice, but for so many people, it doesn’t really touch them personally; it doesn’t impact their lives in the way that I wish it would. If nothing more than in the voting booth, if nowhere else,” said Levatino in a speech for the Pro-Life Action League. “But when you’re an obstetrician / gynecologist and you say I’m pro-choice – well, that becomes rather a more personal thing because you’re the one who does the abortions and you have to make the decision of whether you’ll do that or not.”

At that same time, Levatino and his wife were struggling with fertility problems and were considering adoption. They knew however, how difficult it was to adopt a newborn.

“It was the first time that I had any doubts about what I was doing because I knew very well that part of the reason why it’s difficult to find children to adopt were that doctors like me were killing them in abortions,” said Levatino.

Finally, in 1978, the couple adopted their daughter, Heather. Right after the adoption, they discovered they were expecting a baby, and their son was born just 10 months later.

Levatino describes a “perfectly happy” life at this time and says that despite those first qualms about abortion, he went right back to work performing them.

In 1981, after graduating from his residency, Levatino joined an OB/GYN practice which also offered abortions as a service. Saline infusion was the most common method for second trimester abortions at the time, but it ran the risk of babies born alive. The procedures were also expensive, difficult, and required the mother to go through labor. Levatino and his partners trained themselves to perform the D&E abortion procedure, which is used today. In his speech, he describes what it’s like to perform the now routine procedure:

You take an instrument like this called a sopher clamp and you basically – the surgery is that you literally tear a child to pieces. The suction is only for the fluid. The rest of it is literally dismembering a child piece by piece with an abortion instrument […] absolutely gut-wrenching procedure.

Over the next four years, Levatino would perform 1,200 abortions, over 100 of them D&E, second trimester abortions.

But then everything changed. On a beautiful day in June of 1984, the family was at home enjoying time with friends when Levatino heard tires squeal. The children were in the street and Heather had been hit by a car.

“She was a mess,” he explained. “And we did everything we possibly could. But she ultimately died, literally in our arms, on the way to the hospital that evening.”

After a while, Levatino had to return to work. And one day, his first D&E since the accident was on his schedule. He wasn’t really thinking about it or concerned. To him, it was going to be a routine procedure he had done many times before. Only it wasn’t.

“I started that abortion and I took that sopher clamp and I literally ripped out an arm or a leg and I just stared at it in the clamp. And I got sick,” he explained.  “But you know something, when you start an abortion you can’t stop. If you don’t get all the pieces – and you literally stack them up on the side of the table […] your patient is going to come back infected, bleeding or dead. So I soldiered on and I finished that abortion.”

But by the time the abortion was complete, Levatino was beginning to feel a change of heart:

For the first time in my life, after all those years, all those abortions, I really looked, I mean I really looked at that pile of goo on the side of the table that used to be somebody’s son or daughter and that’s all I could see. I couldn’t see what a great doctor I was being. I didn’t see how I helped this woman in her crisis. I didn’t see the 600 dollars cash I had just made in 15 minutes. All I could see was somebody’s son or daughter. And after losing my daughter this was looking very, very different to me.

“Everybody puts doctors on a pedestal and we’re all supposed to be so smart but we’re no different than anybody else,” he said.

He realized that killing a baby at 20 weeks gestation was exactly the same as killing one at nine weeks gestation or even two weeks gestation. He understood that it doesn’t matter how big or small the baby is, it’s a human life. He has not done an abortion since February 1985 and says there is no chance he will ever perform one again.

Adamant that he would never join the pro-life movement because of the media’s portrayal of pro-lifers as crazy, he was eventually invited to a pro-life potluck dinner where he met people who he realized were intelligent volunteers who spent their time defending preborn humans.

After that, Levatino began speaking out against abortion specifically with young people, graphically describing for them what an abortion really is.

Levatino has also testified before Congress, asking our government to end legal abortion.