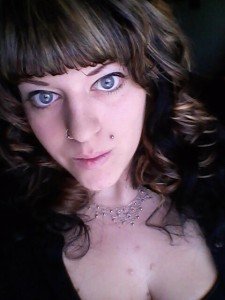 Albany Rose made waves on the internet when she posted an emotional video on YouTube. She had just reclaimed her abortion documents, years after having an abortion, and had seen the ultrasound of her baby that had been denied to her before her abortion. She also discovered several lies from Planned Parenthood surrounding her abortion. After reclaiming her records, Rose set out on a mission to help other women reclaim theirs, and find a way to heal from the pain of their abortion. Albany spoke with me about her abortion, Planned Parenthood’s lies, and how reclaiming their old records can help post-abortive women heal.

Cassy Fiano: Can you tell me a little about yourself and who you are?

Albany Rose: My name is Albany Rose, and I am a 21-year-old woman with two children, one about to join this world shortly! I live with them and their wonderful father in a small town in Colorado. I’m someone who has been on both sides of the fence, politically, religiously, and emotionally. I have found this helps greatly in debating and is also an incredible blessing, being able to understand where many are coming from without having to agree with them.

You had an abortion as a teenager. Can you tell me about that?

I had a coerced abortion at 16 years old, and although I wanted my child, my father and his wife would not allow it. I was threatened with homelessness right into that abortion clinic. After the abortion itself, which was a painful, groggy, and invasive procedure, I became actively pro-choice. I fought it with my entire being, which now I realize was my subconscious trying to justify that action that no one but the child had a right to.

What made you decide to reclaim your abortion documents?

When I was pregnant with our daughter I had transitioned from pro-choice to pro-life. As she was my pregnancy after the abortion, there was no way to know she was inside me, living, and not remember what I had done. When I began to feel her kick I had a mental breakdown, and my suffering of depression began, or post-abortion syndrome. I remember being in the midst of a breakdown when I thought of my son and how I wish he would have a birthday that his siblings could share with him…and that’s where it began.

In your video, you mentioned that the clinic lied about your age. Do you know why they might have done this?

I believe the clinic lied because my boyfriend at the time was older and not of “legal” age to be with me, and Planned Parenthood has been specifically known for not liking or wanting to report cases as such. What is funny, however, is that I noticed my father never signed the consent sheet, which in Colorado is mandatory up to 18.

Although I consented with my boyfriend, that would be technically what it was. 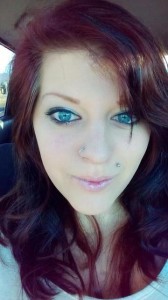 You have referred to your first baby as a boy repeatedly. How did you know what his gender was?

Before I had my abortion, I dreamt of a boy. It was always a boy, and I always called him Tucker.

Why do you feel post-abortive women should reclaim their documents?

I feel like all post-abortive women should do their best to regain their records. This is recommended to pro-choice women as well as pro-life. I believe it can do many things: continue the journey of healing, see your child and have that connection in a sense, and seeing if you were lied to as well. So many have been from the stories I receive. I have also been noticing how many abortion clinics across the nation shred documents illegally, far before the time legally allowed by the state. I am working on keeping track of abortion clinics that do this around the law.

Do you think that post-abortion syndrome is real?

I fully believe post-abortion syndrome is real. We create illnesses and depressions for everything under the sun, and I cannot think of anything worse than participating in the termination of one’s own child. Even women who do not regret it in the moment will almost always face some sort of change, from appetite to random depression, mood-swings and even physical pain. When the true, undeniable realization kicks in of what we did and agreed to have done to our children, there isn’t a way to fully surpass that kind of dark moment in your life.

What would you say to women who have had an abortion and are grieving?

To the women who still grieve, I want them to know that you are not alone. First and foremost, they are never, ever alone. Too many feel that way. I would ask her if there have been any healing steps she has taken, and then refer her to others that may help her, or even a post-abortive healing group if that is something that would interest her. I would constantly remind her she is forgiven and her baby loves her unconditionally, although she may not see it right away.

What would you say to women considering having an abortion?

To a woman considering an abortion, I would have to pray for the right words to come to me. I want to make her feel comfortable, and never once cast a judgmental word or look upon her. I would offer to tell her a little of my own past, as well as ask her how far along she was. I would do my best to be excited about her child, although she may not be. Ask questions such as, “Did you know your baby’s heart is already beating, and right now the _____ has/is forming?” I would also do all in my power to take her to get a free ultrasound.

What do you hope to accomplish with your new organization?

When I came out about reclaiming my records, I was swarmed with women, some from halfway across the world, wishing to get their own. I realized how many women have been in silent mourning all these years, and that one document may be the key to more closure than they’ve had in a long time, if they’ve had any at all. If I can help women not only reclaim those documents and feel that weight lifted off their shoulders, then that is a blessing in itself. My website, however, does much more than this, especially for women who simply want to share their story for that relief, but may be too afraid to do so publicly. There is a safe place for them to submit their stories to me privately, and have the option to remain completely anonymous. They may also contact me for any questions, and I do my best to either help them through healing, or help them track down their records.

I believe although the pro-life movement is stronger than ever, more is needed. If we can get swarms of women to demand their records back, the abortion industry will continue to dwindle to nothing. So many will see the truth of what they did, but no longer hold that anger towards themselves. They can feel that relief, and then stand stronger than ever in their pro-life convictions.

You can find out more about Albany on her website and learn more about her mission to help other women reclaim their abortion records and start on the path to healing.