Prior to Roe v. Wade, women obtaining illegal abortions were not subject to prosecution in the State of Texas, according to attorney Sarah Weddington, who argued in favor of abortion in the infamous Roe v. Wade Supreme Court abortion case. To reinforce her arguments, Weddington pointed out to the Justices that, under Texas law at that time, women who had abortions were viewed as “victims” of abortion and not criminals. 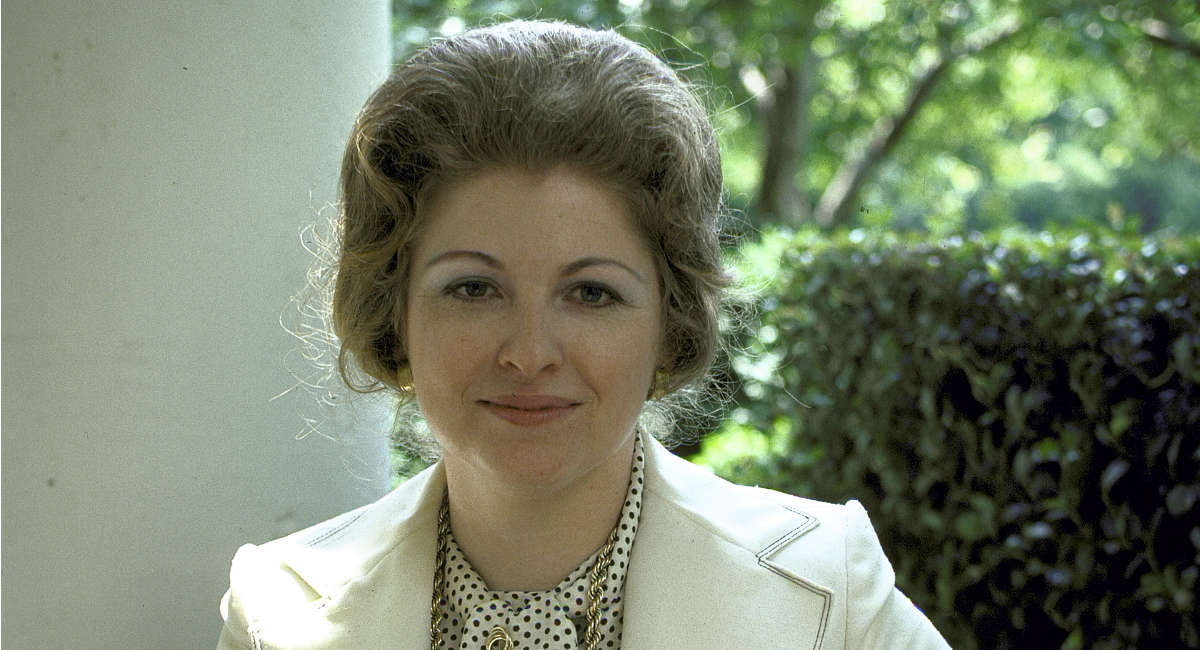 Weddington was a 26-year-old novice attorney when she and her co-counsel Linda Coffee successfully argued in favor of abortion decriminalization before the Supreme Court. The case began in Texas in March 1970, when a suit was filed in Dallas on behalf of plaintiff Jane Roe and all other women “who were or might become pregnant and want to consider all options.” At the time, abortions were prohibited in Texas except to save the pregnant woman’s life (abortion is never medically necessary). But on June 17, 1970, the three-judge federal panel struck down the Texas abortion statute. Dallas County District Attorney Henry Wade defended the Texas law and the state attorney general appealed the federal court’s decision, eventually leading to the Supreme Court ruling of Roe v. Wade.

Roe v. Wade was argued for the first time before the Supreme Court in December of 1971, before Justices William Rehnquist and Lewis F. Powell had been seated. The two were appointed by President Richard Nixon following the retirements of Justices Marshall Harlan and Hugo Black due to illness. In 1972, the Court reheard the case, this time with the new Justices present.

Women viewed by State of Texas as “victims”

Under Texas law at the time, only the abortionist was guilty of a crime and could be criminally charged, and Weddington used this fact to argue in favor of legalized abortion.

“The women certainly are not subject to prosecution in the State of Texas,” Weddington told Justice Potter Stewart.

Justice Stewart asked Weddington, “Could they, under Texas law, be charged as accomplices or as co-conspirators, or anything like that?” 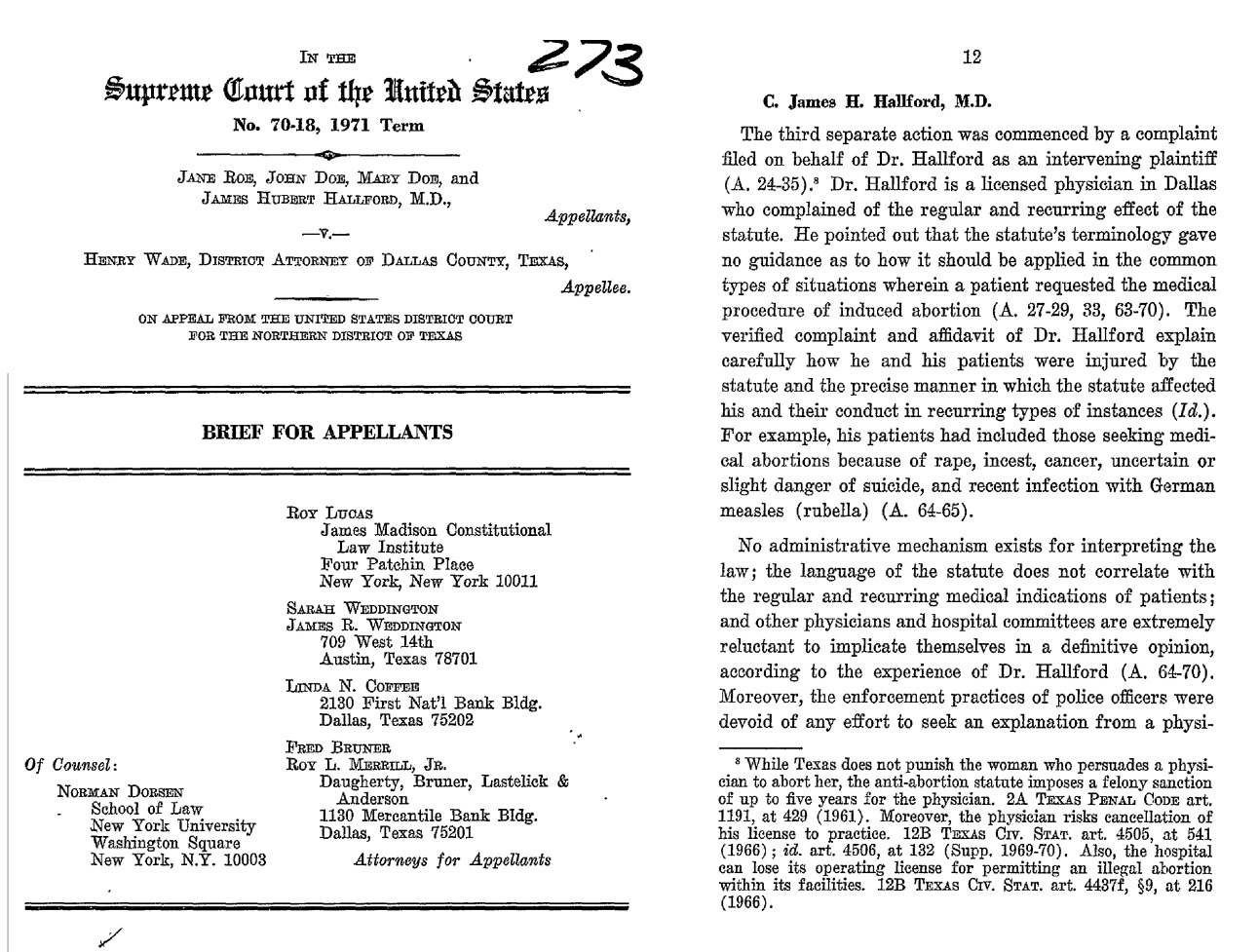 Weddington’s case depended on the definition of women as “victims” and she successfully argued that because Texas law identified the woman as a “victim,” that somehow meant the baby she carried was not to be equally protected.

The woman, is “guilty of no crime whatsoever ” Weddington repeated to the Court in 1972, when she pointed out, “the state tries to allege that its purpose in the statute was to protect the fetus.” For Weddington, if the women having abortions were not guilty of a crime according to Texas, then why would abortion be illegal?

“As we talked last time,” Weddington reiterated to the high Court in 1972, “they [women] are not subject in Texas to any kind of criminal prosecution whether the woman performs self-abortion, whether she goes to a doctor, [or] finds someone who will perform it on her. She is guilty of no crime whatsoever and, yet, the state tries to allege that its purpose in the statute was to protect the fetus.”

Were women criminalized prior to Roe in other states? The answers are mixed.

According to a recent AOL article, “Paul Linton, who has helped draft state laws restricting abortion, said historically women are viewed as victims of abortion and not prosecuted. He said he researched more than 100 years of pre-Roe appellate court records and found only two women charged for violating abortion laws prior to the Roe decision, in cases from 1911 and 1922. However, appeals court records would miss the large number of women who were arrested and never tried or who never appealed a conviction, said Leslie Reagan, a professor at the University of Illinois and author of books on abortion. She said her research showed that before Roe, women were often threatened by police, interrogated in hospitals and forced to testify about intimate personal details.”

In April, Real Clear Politics wrote, “Before Roe v. Wade, seeking an abortion was a crime in six states women were rarely punished. Being captured, examined, interrogated and occasionally jailed and testifying in court punished women for seeking abortions even if not prosecuted or convicted of a crime….”

May 29, 2020 LaSierra professor Alicia-Gutierrez Romine taught a class about abortion history where she was asked if women were prosecuted. “That is a good question,” she told the student. “Technically they could be charged. But they, the district attorney, often said they would only charge them if they did not testify”

Roe v. Wade, which opened the door for unfettered abortion on demand, could be in peril according to a recently leaked draft opinion penned by Justice Samuel Alito in the Dobbs v. Jackson Women’s Health Organization case. The nation eagerly awaits the official decision on that case by June 2022.