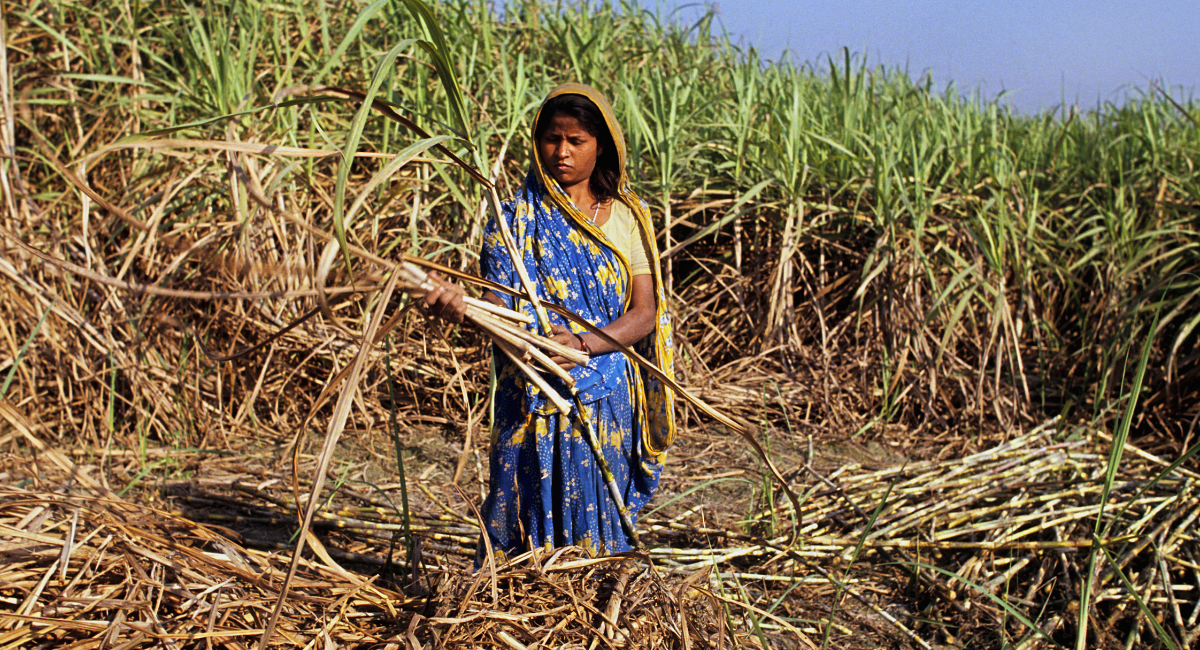 The sugar cane industry in India provides employment for approximately 1.5 million workers through harvesting and transport operations every year. Maharashtra is the second largest sugar producing state in India, and is known for its appalling work conditions, especially for women. And as poverty is so pervasive in India, many fear losing their wages, and so resort to undergoing hysterectomies to avoid not only potential pregnancy, but even menstruation.

According to a report from the Society for Promoting Participative Ecosystem Management from 2020, cane-cutting women work an average of 15 hours each day, with no breaks or time off on the weekends. This relentless work continues for three to four months. Time off is scarce, and often requires a fine to be paid, even for women who are ill, menstruating, pregnant, or delivering babies. Of those women working in the cane fields, 92% are of child-bearing age, and 17% had even given birth in a field.

BioEdge explained that many Maharashtra women are married very young, as early as 12 years old, and become mothers of approximately two children. In their early twenties, it is common for the women to undergo a hysterectomy, essentially creating lifetime workers. It’s estimated that 50% of cane cutters have undergone hysterectomies.

BehanBox, a feminist website based in India, explained how women are pressured into the procedures. Women working in the fields don’t have access to proper sanitary pads, and use damp pads instead, which can lead to infections; this is reportedly a frequent issue for women working as cane cutters. They also lack proper bathrooms to bathe themselves when necessary. Because the women are fined for taking time off of work, they only seek medical care when they become critically ill, and that is when doctors take advantage of their plight.

“Without any thorough examination of the patient, doctors in private hospitals suggest hysterectomy which costs at least Rs 35,000,” Manisha Ghule, founder and executive director of Navchetana Sarvangin Vikas Kendra, a non-profit organization dedicated to empowering marginalized people in India, told BehanBox. “They create fear among these women by warning them that they could develop tumours and cancers.”

Yet poverty is one of the biggest driving forces behind the mass hysterectomies among female cane cutters, as explained by SatyaBhama, a cane-cutter. “After a hysterectomy, there is no chance of menstrual periods,” she said. “So, there is no question of taking a break during cane cutting. We cannot afford to lose even a rupee.”

Roughly 60% of India’s population survives on less than $3.10 a day, considered the poverty line by the World Bank. Another 21% survive on less than $2 a day. Living in such poverty undoubtedly places more pressure on Indians to miss as little work as possible.

The Hindu quoted a community health doctor, Shashikant Ahankari, who said these hysterectomies are performed not for the benefit of the women, but for the sugar cane industry. “Not only cane contractors but also medical practitioners’ vested commercial interests are behind this,” he said. “[Carrying out] unindicated hysterectomies is against medical ethics. Doctors have spread fear in the region that a white or red discharge would result in cancer.”

It’s also not uncommon for the contractors give the women an advance for the surgery. That advanced money is later recovered from the women’s wages.

Achyut Borgaonkar told The Hindu Business Line, “In the cane cutter community, menstrual periods are considered a problem and they think surgery is the only option to get rid of it. But this has a serious impact on the health of the women as they develop a hormonal imbalance, mental health issues, gain weight, etc. We observed that even young girls at the age of 25 have undergone this surgery.”