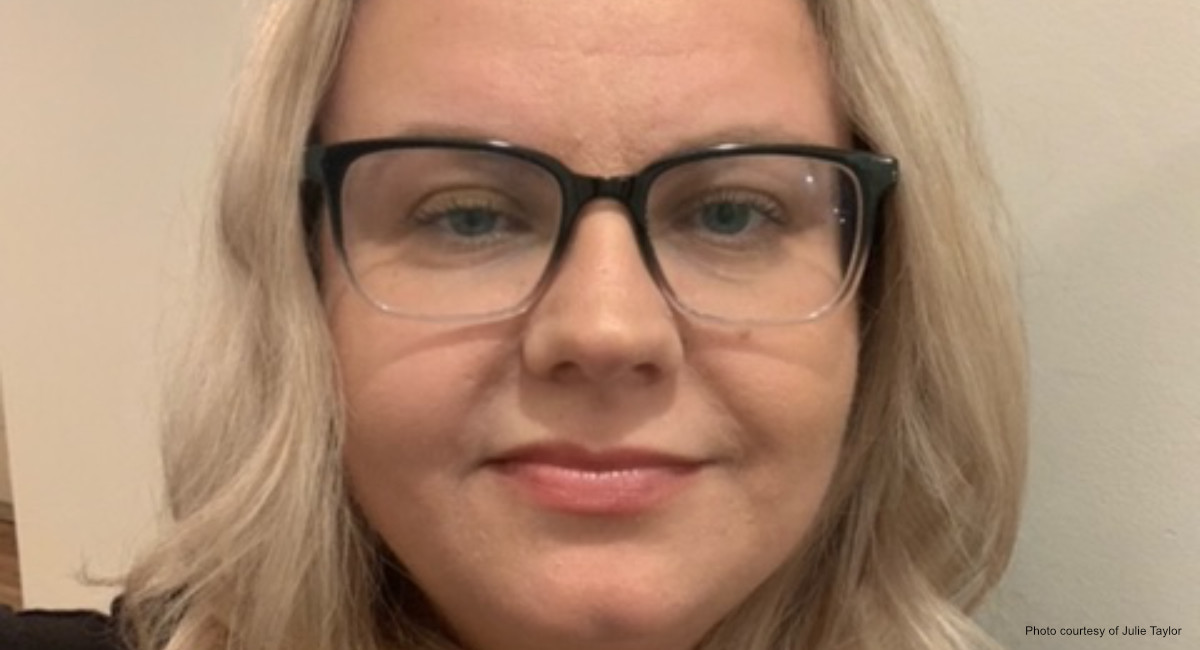 From a young age, Julie Taylor knew she was adopted. Growing up on a farm in rural Saskatchewan, Canada, Taylor enjoyed a wonderful childhood frolicking in the fresh country air, yet always wondered who she looked like. Because her adoption was private, Taylor didn’t know many details and had no photos of her biological mother. When she turned 18, she felt compelled to dive deeper into the mystery of her birth.

Taylor told Live Action News, “My adopted mom reached out and found a biological aunt who, in turn, contacted my biological mother. The subsequent response was that she did not want to be contacted and I respected that. But my curiosity about her never left me. Every so often, I would search online hoping to find something about her.”

Then recently, during one of her searches, Taylor stumbled across an adoption reunion site and, after so many years, found the information she had been desperately seeking.

“Listed on that site was my mother’s name, my birthdate and place of birth. And when I read that she was looking for her daughter, my heart started racing. I was overwhelmed with emotion because I did not know she wanted to connect with me,” Taylor said.

The reunion has so far been limited to texting and online communication. But while daughter and mother have yet to meet, with the help of her mother, Taylor began quickly putting the pieces together about her biological father and the events that led to her birth. What she learned shocked her to the core.

“My mother requested I have my husband with me when she shared about my birth father. She then told me I had been conceived in rape,” Taylor said. “She didn’t know the man and doesn’t remember the incident because she had been given GHB, the ‘date rape’ drug.”

For the next few days, Taylor grappled with anger and sadness. She couldn’t look in the mirror without thinking she carried the DNA of a rapist. She shuddered in horror, thinking she may have passed a predisposition of aberrant behavior to her children.

But Taylor’s husband saw the situation as a clear confirmation of her purpose: to stand proudly for life regardless of the circumstances of conception.

“While my husband was sympathetic, he also knew that throughout my entire life, I fought to answer the question of rape by those who were pro-choice,” Taylor said.” My view has always been that all babies deserve life. And now, I’m the living, breathing ‘exception’ that even if abortion was illegal, my life should have been snuffed out. It was beyond comprehensible.”

Thankfully, Taylor realized the horrific actions of her biological father did not diminish her value. Rather, she was given a new mission that only she could fulfill.

“Not knowing my own story until recently, I know I need to speak up more because the rape exception in pro-life bills has always bothered me at such a deep level,” Taylor said. “I’m always willing to have a conversation with anyone questioning the pro-life stance in the case of rape by sharing my own story.”

Taylor added, “Many people have said that you need to fight this fight little by little. Start first with making abortions illegal in the third trimester, then the second and so on, but leave the rape and incest as an exception. I can understand this logic to some degree but even before knowing my own circumstances, I felt strongly about the need to value life in all instances. You must fight for all the babies.”

These days, Taylor’s life is busy with homeschooling her children and helping her husband operate a food truck business. She just completed the Healing Rooms Ministries training and plans to volunteer on the praying team. Her next step is to find her place in the pro-life ministry.

“I have started searching for others who were conceived in rape and researching ministries that address this issue to see how I can become involved,” Taylor said. ”I’m praying for God to lead me in the direction where I am to go.”

Taylor’s relationship with her mother is progressing steadily. They talk several times a week and it seems as if she’s known her mother for a lifetime.

Taylor said, “I spent 40 years wondering who I looked like and when she sent a photo, it was incredibly healing to finally get that answer. We look so much alike. We even chose the same style of glasses and wear a similar hairstyle. It’s fascinating to discover all these synchronicities between us after being separated for 40 years.”

While Taylor’s children were aware she was adopted, they were never sure they’d get to meet their grandparents, assuming they had passed away. When they learned Taylor had connected with her mother, they were excited at the opportunity to one day meet their grandmother. Yet, sensing Taylor’s uncertainty, her eight-year-old daughter wisely advised her to “open your heart to her.”

“That was a huge help to hear her say that,” Taylor said. “As this journey with my mother continues, I will tell my children when they are older about my biological father and the circumstances of my conception.”

For Taylor, it seems overwhelming to get to a place where all life is perceived as having equal value, even those conceived in rape. She points to the atrocities that have occurred throughout history where people of certain ethnicities, cultures and religious backgrounds were slaughtered because their lives were devalued.

“Genocide has occurred throughout time,” Taylor said, “It’s sometimes hard to be hopeful amid such heartbreak in the world, but we see time and time again how God turned things around. I believe it starts by spreading love and hope to the hopeless. We just need to focus on one person at a time, to whoever God places in our lives. We need to lead others to see that all life has value, and we can do that through love.”