In 2014, Jennifer Christie was raped while on a business trip. Police told her they would likely never catch the man who attacked her, beating her as he raped her. But years later, she now knows the fate of her rapist. 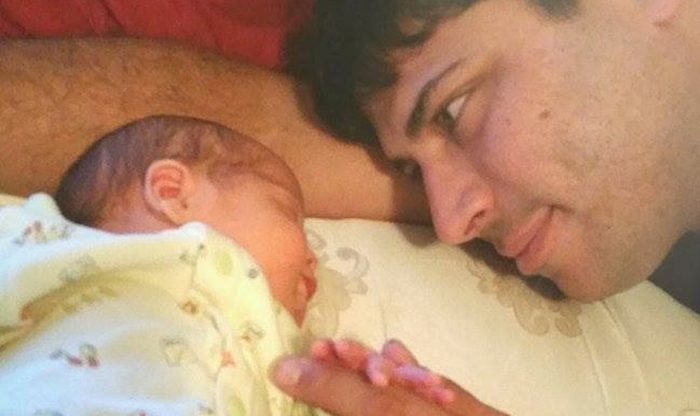 When Christie first shared her story of rape and pregnancy in December 2014, it was her husband’s words that gained the most attention. She wrote about telling her husband the news:

When I told him I was pregnant, he said with his voice calm and steady, ‘Okay. Okay . . . all right . . . this is all right.’ I asked him, ‘What do you MEAN this is all right?’ ‘I mean we can do this. We’ll get through this. It’ll be okay. And, . . . I love babies. We’re going to have another baby. Sweetheart, this is a gift. This is something wonderful from something terrible. We can DO this.’

Judged harshly for choosing life for her preborn son conceived in rape, Christie wrote a follow-up piece sharing how she had been called a “psycho,” a “whack-job,” and “f—– in the head.” Her husband was called a “coward” and her son the “raper spawn of Satan” and a future “rapist.” People called her a liar, accusing her of having an affair and covering it up by saying she had been raped. They accused her of concocting the story as anti-abortion propaganda.

“Had I decided to abort my baby and the entire article had been about exercising my right to terminate, would any of these people have taken issue?” she wrote. “Would they have still called me an adulteress?  No need to respond — that was rhetorical.”

While Christie loves her son and is grateful he exists, people assumed that meant she was grateful she was raped. She considers her son to be not the rapist’s child, but rather a gift from God during a time when she was struggling with the rape and its consequences. She has been experiencing increasingly severe seizures from post-traumatic epilepsy from the beating. She has undergone surgery for the trauma done to her body. She has had to worry about never being able to drive again or having a seizure while alone with her children. But her son has been nothing but joy.

“We are infinitely richer for this child being in the world,” she wrote.

While she was healing, and sharing her story in hopes of helping other rape victims choose life for their innocent children, her rapist was still on the streets, still raping women.

“Police originally told me to not expect an arrest or justice,” said Christie in a video for Save the 1. “Because, and this is true, these are their words, ‘Rape cases are a dime a dozen.'”

However, two years after her rape, Christie received a phone call from the police stating that they had matched her rapist’s DNA to another rape case. This woman, raped by the same man, had been murdered by him. Two months later, Christie received a similar call. And then came another.

“When I received a third call earlier this month, I expected more of the same,” she explained in July 2017. “And I couldn’t take it. I felt sick to my stomach. I had been devastated by this news. I felt so terribly for the women who had lost their lives and their families. I’d always just had this feeling that the man intended to kill me and while I was relieved and thrilled to be alive I felt just destroyed that other people had suffered. But this time they had good news for me. They told me my case was closed.”

Christie’s rapist was dead. He had been killed by the brother of one of his victims. Christie was relieved to know that no one else could be hurt by this man.

“My son was never a rapist’s baby or the product of rape. He’s my child. He’s my husband’s child. He’s a child of God. The way we’re conceived is not what determines our worth as a human being. This is my story, but it’s not a story about choice. It’s a story about innocent life which is all life, and that’s life that deserves protection.”