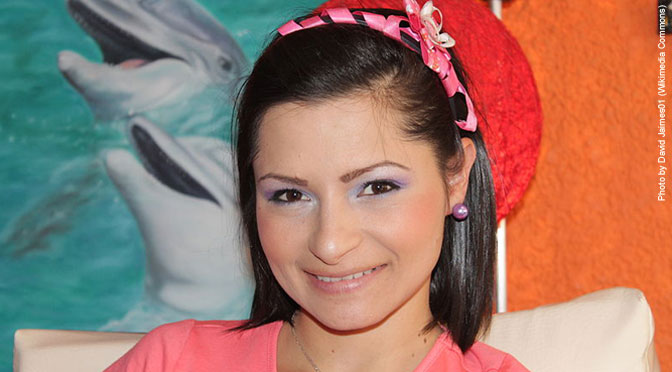 Zuly Sanguino is a 25-year-old artist and public speaker from Colombia. Born without arms or legs, she’s proving that life without limbs is anything but limited.

This inspiring artists has no limbs and no limits.This amazing artist was born without arms or legs, but that hasn’t stopped her.

Sanguino has a rare genetic disorder called Tetra-amelia syndrome. Most people with this condition die before birth or shortly after. However, Sanguino has survived against those odds and grown to be a successful, vibrant adult.

In a video viewed nearly 4 million times, Sanguino reveals she was bullied and sexually abused as a child. She draws on those experiences, and her life without limbs to inspire other people. She also makes a living with her paintings.

“I speak to children who are bullied, or have disabilities, to show them having physical or mental limitations doesn’t have to hold you back,” she told the Daily Mail. “I want to show people you can do anything if you put your mind to it.”

Her mother taught her how to make her bed and brush her teeth, and Sanguino was raised believing she was capable of anything her five siblings were.

“I asked Mum why I was different. She told me I was no more different than anybody else and my disability didn’t have to hold me back,” she said.

After attempting suicide at the age of 15, her mother told her that “I would go on to shine and show other people you can live a normal, happy life with a disability.”

She’s doing just that, helping to inspire other young people with disabilities to live the best lives possible. Sanguino plans to get married and have children, as well as open an orphanage and began speaking internationally in the future.

“I’m proof you don’t have to let a disability hold you back,” she explained.