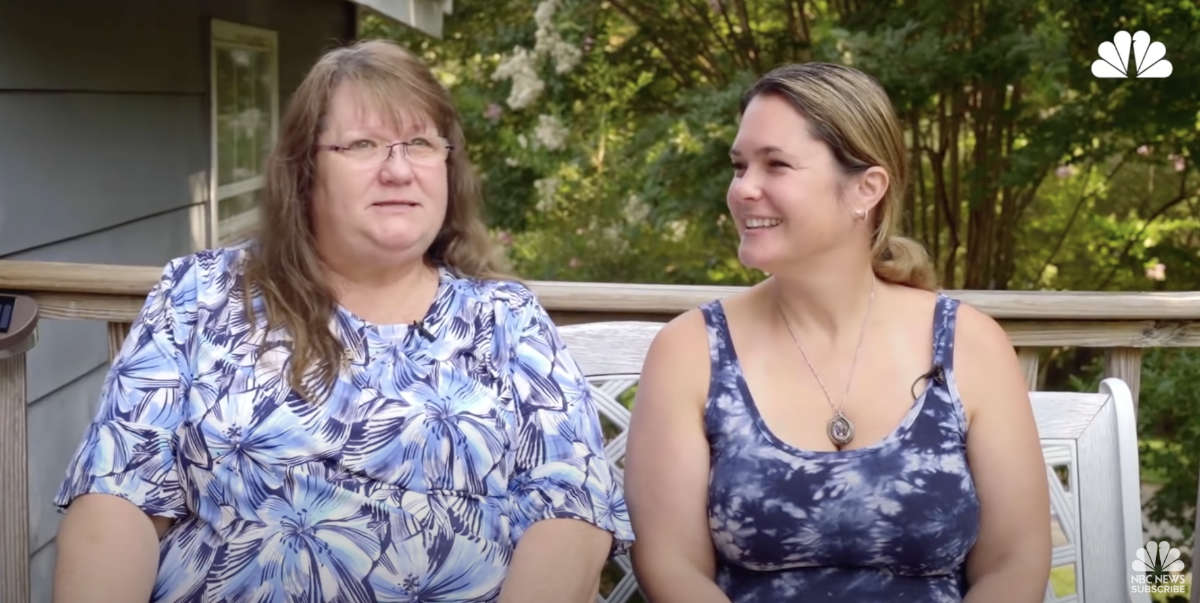 When Nancy Womac gave birth 42 years ago, she was never able to even hold her child before the little girl was taken from her. Now, thanks to a DNA test, she has finally reunited with her daughter.

Womac sat down for an interview with NBC News to tell her story, explaining that she was 16 and living in an orphanage in Georgia when she discovered she was pregnant. In order to avoid “shame,” the orphanage director sent Womac to Bethesda Home for Girls in Mississippi, a home that billed itself as a place where troubled pregnant girls would learn discipline and find God. In reality, she and many of the other girls in the home were routinely abused before their babies were taken from them and placed with adoptive families. All details of the adoptions were kept closed.

During the interview, Womac recalled the orphanage director telling her that when it came time to give birth, the baby would be taken from her. “I wanted this baby. I wanted her,” she said in tears. “I loved her from the first time I knew I was pregnant. Never stopped loving her.”

Womac said that two weeks before she was due to give birth, she was flown to a hospital in Tennessee to deliver her baby. “I remember going into labor, and they just give me a shot and put me out,” she said. “I don’t remember having her. I don’t remember them wheeling me into the delivery room. I don’t remember nothing. She was then gone by the time I woke up.”

“I don’t have the words to tell you what it feels like to have your baby stolen from you,” Womac said. “To know that you want her, and for them to take it because they want the money off it. There’s no words for that. And there’s always that hole.”

READ: ‘I prayed for this’: Mother and son reunite 35 years after he was placed for adoption

For her own part, Womac’s daughter, Melanie Spencer, was adopted by missionaries and grew up in South Africa and Indonesia, but always wondered about her birth mother. “I always had a lot of questions about her,” Spencer said. “I wanted to find her, I wanted to know more about her. I think there was fear that it could be very hurtful if I dug more and found out that she didn’t want me.”

Finally, several years ago, she decided to face her fears and did a DNA test from Ancestry.com. The results led her to Womac’s sister, and, eventually, to Womac. The two connected over Facebook, with Womac telling Spencer, “There’s not a day goes by that I have not thought of you. I want you to know that you are loved so much.” They had an emotional meeting in person, with Spencer meeting not only her mother but also half siblings and other family members she never knew she had.

Womac says that she hopes that her story will inspire other mothers who may have lost children after being at Bethesda, noting that she hopes many more will receive the same outcome Spencer did. “She will know the truth,” Womac said. “I’m happy she will know that she was loved.”