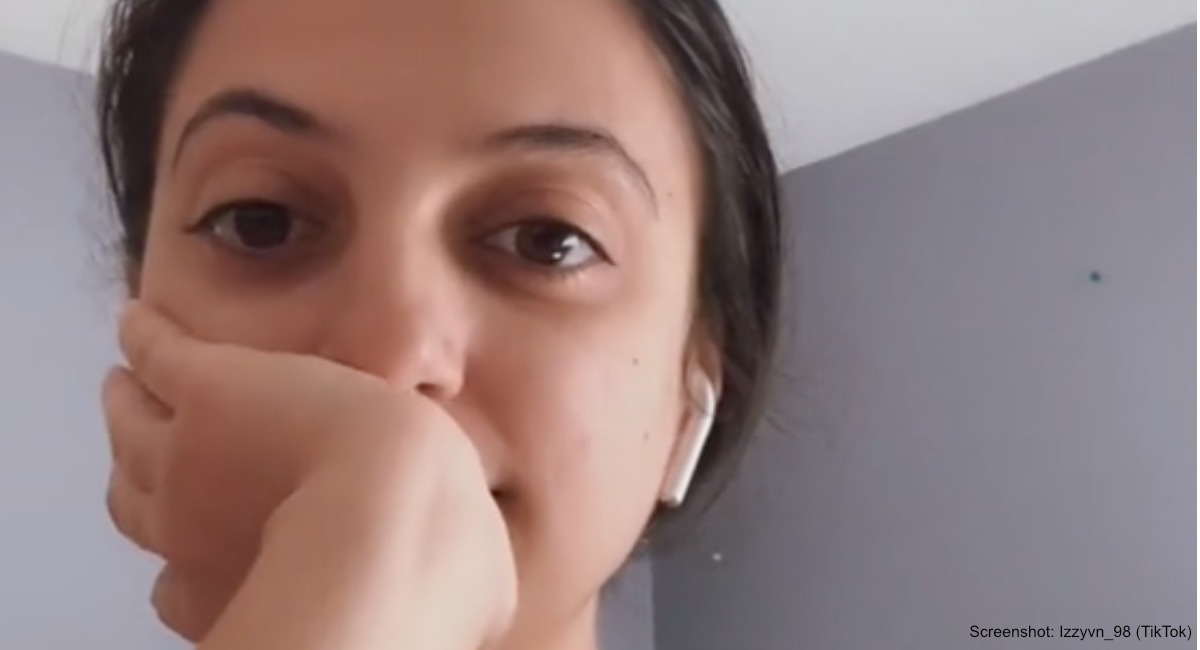 A New Jersey woman has spoken out on TikTok after discovering she has over 50 siblings. Izzy, 23, one of a set of triplets, was raised by two women, and was conceived using a sperm donor. After taking a DNA test to learn more about her heritage, Izzy discovered that she wasn’t Italian, as expected — but what she did not expect was to find more than 50 siblings.

In her TikTok clip, Izzy explained how the journey to learn of her origins began.

“In 2018, I did an Ancestry DNA test to see where I’m actually from. I get my results back, and I’m not as Italian as I thought,” she wrote. “I get a message from a random woman asking if I’m related to specific person or family [because] I matched with her daughter and I said no. So then she asks if I was a sperm baby because her daughter was too and now I’m freaking out because she could be my sister because I am a donor baby.”

But things only got stranger from there.

“The donor’s half-sister then matches with me, and DMs me, saying other mothers who used the same donor, and their children, are part of a private Facebook group, and that I should join too,” she continued. “I join the page, and turns out there are over 50 of us who are siblings and children of the same sperm donor, and we’re all different ages. And now there’s paranoia about overpopulation, because some of them are afraid there are so many of us and we may end up dating someone who happens to be a sibling.”

She also added that she doesn’t want to have a relationship with her siblings, saying in a follow-up video that she feels uncomfortable and awkward about it, explaining that having “all these siblings” is “overwhelming.” She also gave more details about the background of her conception.

“So they met in 1986, and then 10 years later, decided they wanted children,” she said. “They went to a place in Fairfax, Virginia; there was a cryobank there, and that’s where they found all the genetic information of all these random people. And there was no pictures of the donor, so that’s why having his photo was so special, because we didn’t know what he looked like, our whole lives, and now we know. But they liked his genetic qualities, and they chose our guy.”

Izzy’s experience is far from uncommon. In an increasing number of cases, some realize they have dozens of siblings, like Izzy, or learn that they aren’t biologically related to their siblings. These donor-conceived children have described it as feeling like they were “mass produced,” and this mass production will continue as long as the fertility industry continues to be completely unregulated.

Editor’s Note, 11/11/21: The original version of this article linked to an unrelated story that was found to have been falsified. We regret the error.