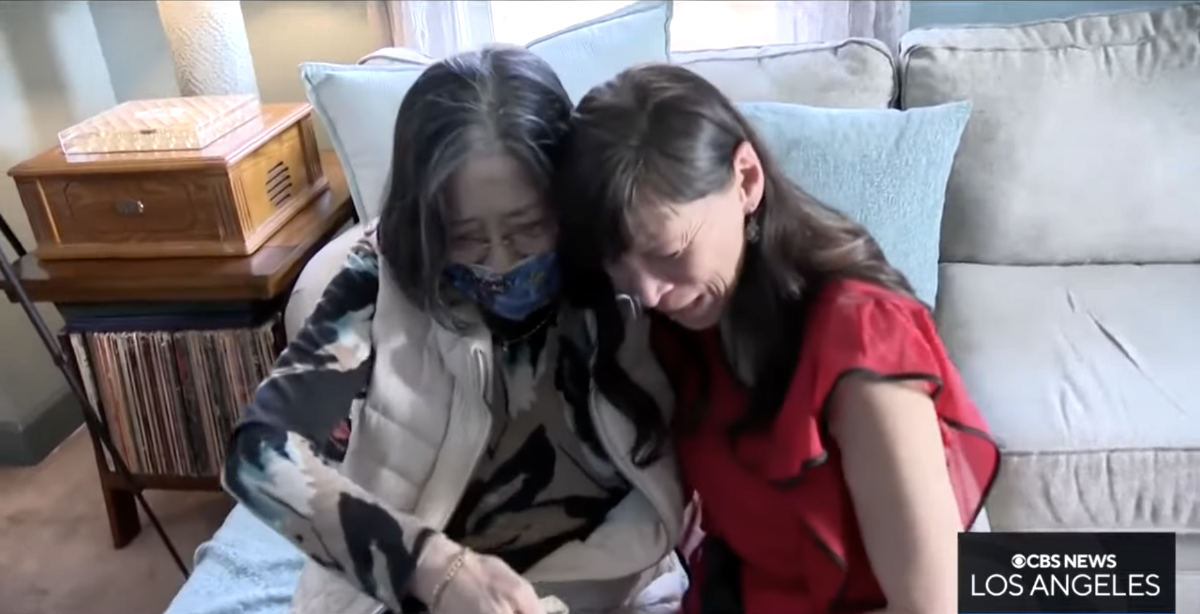 A Colorado woman who was adopted from South Korea 53 years ago had a joyful reunion with her birth mother after finding her on the DNA testing site, 23andMe.

Sarah Kleinhans told CBS News that she was placed for adoption when she was 14 months old. After being adopted by a family living in New Hampshire, the only link Kleinhans had to her past was a locket with her birth mother’s picture and her own baby picture inside. Even with her new family, Kleinhans never stopped thinking about her past.

“Every year on my birthday, I think of you,” Kleinhans said as she reminisced about looking for her mom. “I look out and I go, ‘Are you alive? Are you thinking about me?'”

Amazingly, Kleinhans was able to find her mother on the DNA registry site thanks to her half-sister, Lynda, who was also registered. And while Kleinhans was born across the world in South Korea, she discovered that her mother, Pok Cha, was now living just a few states away in California. Within two short weeks of their first interaction over the phone, Kleinhans and her two children boarded a plane from their home state of Colorado and flew to meet Cha. The family had an emotional reunion, all caught on camera.

“I’m so happy. I’m so grateful to you,” Kleinhans said as Cha walked through the door. “You’re more beautiful in person.”

In speaking with Cha, Kleinhans was also able to confirm that a picture of the American soldier she had found and believed to be her father, was indeed him. “Yes,” Cha said. “Your father.”

In her interview with CBS Los Angeles, Kleinhans said that as a mother herself, she could understand the heroic sacrifice her mother had to undergo in giving her up for adoption in order that she might have a better life. “How selfless do you have to be to know that your child is going to have a better life?” she said thankfully.