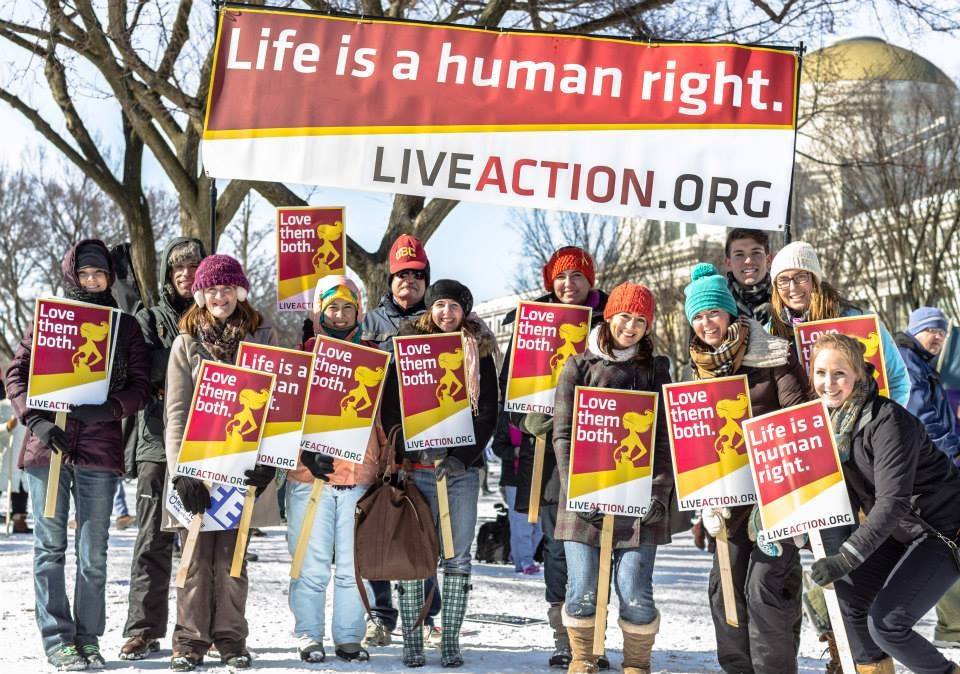 Live Action wants to send you to the 2015 March for Life in Washington, D.C., for a chance to stand for LIFE with hundreds of thousands of passionate pro-lifers! Each year, on the anniversary of Roe v. Wade,  pro-lifers from across the nation stand against abortion at the National Mall in Washington, D.C.

One person will win the grand prize: a trip for two to the 2015 March for Life, and a chance to meet Live Action President Lila Rose! The winner will receive two round trip tickets to Washington, D.C., as well as a two night hotel stay, the opportunity to March for Life with Live Action, a basket of Live Action swag — which includes stickers, signs and copies of Live Action’s pro-life magazine, The Advocate — and a recommended itinerary of March for Life events.

Live Action’s previous winner, Sarah Duhon, attended the March for Life with her sister. The experience renewed her passion, and inspired her to continue working for the pro-life cause. Having the opportunity to fly to D.C. for the March for Life was such an awesome example of how God times everything according to His plans. In my life, this opportunity was God’s reassurance to me of his concern for the unborn. My interest in the pro-life movement began in my early teenage years, but I must have invested my research in the wrong areas, because I was suddenly very overwhelmed. I took a break from my efforts. It was a shock when my sister, Sarah, won the trip to D.C. with Live Action, and planned to take me. Sarah loves to get involved with national politics along with raising Godly leaders for the next generation. Before we knew it, we were on the flight to D.C.! Being from Southern Louisiana, D.C., and the fast-paced lifestyle, was shocking, yet such an adventure. We met with the Live Action team right before the march. I expected them all to be very busy and focused, but they took time to greet and talk with us, which was such a blessing. They all carried a grace of selflessness, respect, and compassion that was admirable. Marching among thousands of people brought to mind the scripture Isaiah 59:19 which says, “…When the enemy comes in like a flood, The Spirit of the Lord will lift up a standard against him.”

Each one of those 600,000 people was a standard being raised up against the great injustice of Abortion in this nation. After the march, Sarah and I had dinner with the “movers” and “shakers” of the pro-life movement. We were humbled. This experience inspired me to dedicate myself fully to this cause. I will stand with and for a generation that will honor God and protect life.”

The first March for Life was held in 1974 on the steps of the Capitol, with around 20,000 marchers in attendance. Now, hundreds of thousands of marchers come to our nation’s capital each year to protest abortion, with the 2013 March for Life seeing estimates as high as 650,000 marchers. Speakers have included Presidents Ronald Reagan and George W. Bush, numerous politicians, and notable pro-lifers, such as Alveda King. The March for Life is an event that you will not want to miss!