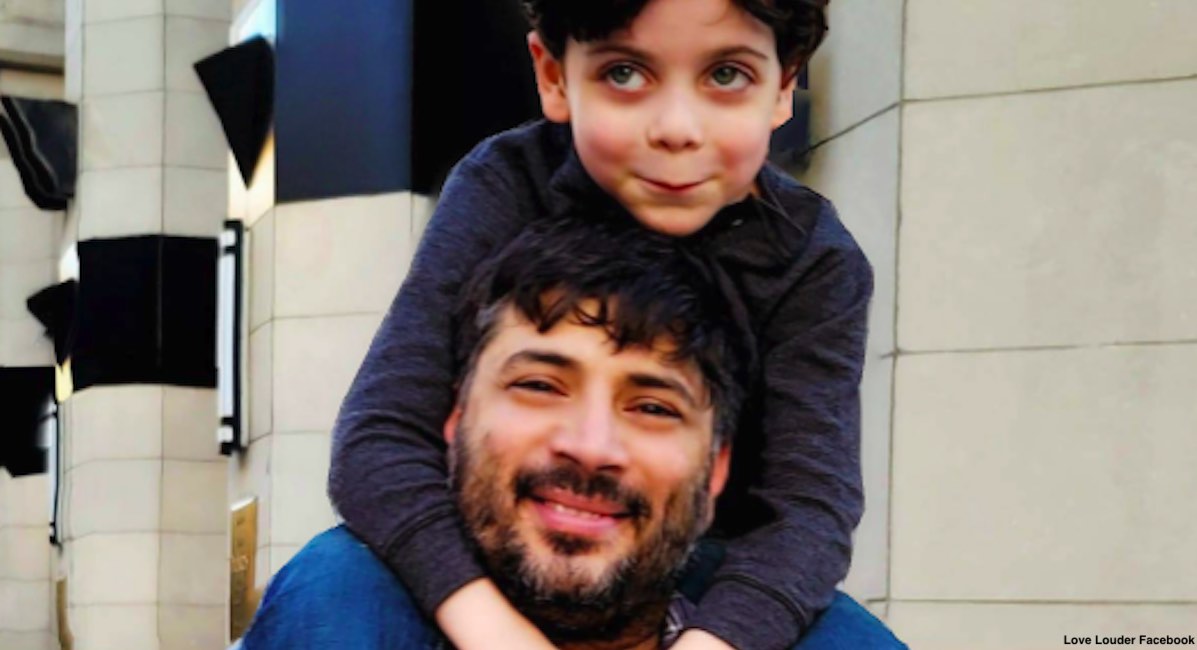 Editor’s Note: This article was originally published as a Facebook post at Love Louder – Jeff and Jennifer Christie.

I’m a former Marine. These days, I work full time in manufacturing. I’m not one to go out and seek to be known or throw myself into the public arena. Yet, my wife and I are pro life speakers. I’m not the natural she is. That’s obvious within the first few minutes of me opening my mouth. But like my wife Jennifer says, “As God opens doors, we’ll walk through them.”

In 2014, Jen was a victim of a sexual assault so brutal it doesn’t bear thinking about. As painful as that was for both of us, separately and as a couple, what followed changed everything. What followed was a little boy. We named him Joshua.

We, as pro life men, have been cowed when it comes to the abortion debate. Especially when we’re talking abortion and exceptions. We have opinions. I have a very strong opinion. I hear the other side throw out the “but what about in cases of rape?” when debating, thinking that they’ve got a trump card. I know from my personal experience that things aren’t usually the way they say they are. I know from Jen’s experience and that of hundreds like her, that the child that came from rape has been nothing but happiness for them.

I’ve seen what our son has done for our family.

It irritates me that so many in the pro-choice world think they can talk for women who have conceived after assault.

I see the damage women have been dealt by being told that abortion erases trauma and NOT being told of the further damage abortion will cause. They’re never told that the baby can be a huge healing factor like Joshua has been for us. I know that’s not always going to be the case. That sometimes it would be best to consider adoption: A brave and beautiful decision.

Babies [are] created by God and human beings at conception. They are alive, they need to be spoken for, they should have rights like any other person.

Men need to be men… I get nervous about saying this because it might sound old fashioned or chauvinistic… but our job is to protect those weaker than us. Protect those who can’t protect themselves. An unborn baby is the most perfect example of one so vulnerable. Stand beside the mother. She has been fed lies for decades. She’s been taught that abortion is simple. Quick. Easy.

Stand for the baby.

Love them both. Abortion cannot be seen as a solution. It doesn’t make you forget.

Some people call me a hero. Kind of weird. It’s a larger scale problem that we view keeping your vows, honoring your God, and loving your wife as heroic. Jen didn’t have any say in what happened to her. The baby didn’t have a say in it. Why would I lower my thinking to the level of putting the onus for some stranger’s actions on either one of them? I don’t know how to say this any better but it seems like such an immature, selfish way to look at the situation. That if your wife became pregnant after rape that you would want her to abort…

More often I’m called a cuck. A simp. Once I was called ball-less (which irked Jen mostly because it was written without a hyphen). Common attempts at digs from people who just don’t know what they’re talking about. They’re coming from a place where they believe “rapist’s spawn” is a thing. It’s not. I don’t even think the people saying these things believe them.

It doesn’t bother me. These are ridiculous arguments that have no weight to them. It’s this mindset that believes someone who marries a woman after she’s been raped is getting damaged goods. That staying with her makes him less of a man. If you ask me[, a]ny guy who so much as entertains that thought is already less of a man.

People talk about our son without even knowing him. They use phrases like demon seed and evil genes and talk about me being weak because I’m raising “somebody else’s” baby.

But he’s not somebody else’s baby. He’s my wife’s baby. He’s OUR baby who we loved from the very beginning. Childish, bogus arguments.

And while I’m at it[, s]top with the sins of the father being visited on the children stuff in reference to our story? That doesn’t fit. It should be the sins “of the donor.” Because I’M Joshua’s  father. I’m his dad in EVERY sense of the word except for how he came about.

Life never turns out the way you expect. But character is revealed in the valley.
Be consistent, pro life men.
Be strong for the weak.
Defend the defenseless.
Protect EVERY life.
Leave a name your children will be proud to speak.
Carry on.

Editor’s Note: This article was originally published at Love Louder on Facebook and is reprinted here with permission.