Perhaps we should drop all of this nonsense about mercy-killing. 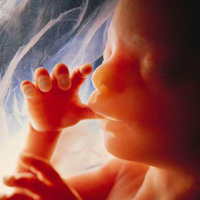 I have a friend with Down syndrome. I will call him Tim.

Tim probably does not know how unusual his birth was. In our enlightened society, 90% of children like Tim are shredded with a vacuum tube or slowly dismembered, one limb at a time, prior to their birth. All of this is done out of compassion, of course. By popular standards, Tim is neither beautiful nor smart, and as we all know, life is not worth living unless you are beautiful and smart.

However, over the years I spent with Tim, I noticed something rather remarkable. Tim did not seem to realize that he was miserable. In fact, he seemed to enjoy his life. We watched movies together, camped on the beach, went rock-climbing, and spent a week on a houseboat. Tim lived life with enthusiasm and seemed to enjoy all of these activities just as much as, and perhaps a little more, than any other boy his age. I never sensed that Tim resented his parents for refusing to dismember him.

Nevertheless, I also noticed that Tim was difficult. He was hard to control. He would not always sit still, be quiet, or do what he was told.

This leads me to suspect that the real reason our society dismembers boys and girls like Tim is not out of compassion, but rather out of selfishness. So perhaps we should drop all of this nonsense about mercy-killing. We kill handicapped people not because they are miserable. They are not miserable. We kill handicapped people because we do not have the time to deal with them, and we do it before they are born because we do not have the stomach to watch.