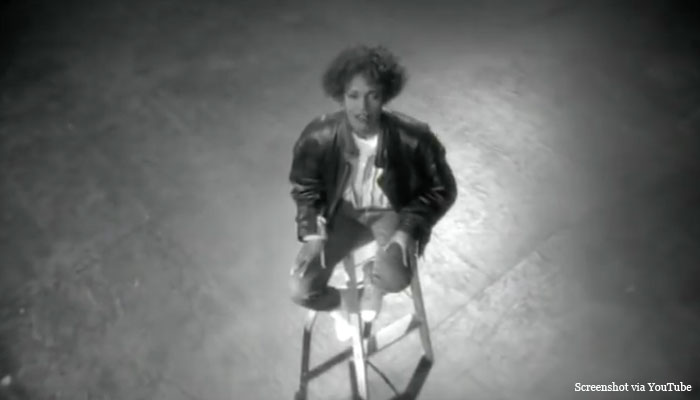 Whitney Houston’s song, “Miracle,” was the impetus for a pregnant woman named Wanda to cancel an appointment at Planned Parenthood and later to share her testimony on YouTube. Wanda wrote:

I remember when I first heard this song and saw the video. I was two months pregnant and thinking of terminat[ing] my baby. My life was so jacked up. I thought how can I bring a baby in this world and them in my situation, its innocent.

I prayed all night after calling planned parenthood to schedule and appt. I was in torment because I didn’t want to kill my baby, after praying and still undecided but leaning toward keeping my baby. I walked into my bedroom and this video came on. I had never seen it b4 but the words hooked my heart, nothing should matter not when love grows inside you. the choice is yrs, there’s a miracle in store.

Wow, it was as if God was speaking to me through Whitney. Just then it was as if I could feel my baby say momy dont kill me. It was one of the most powerful moments in my life. I cried like a baby for the rest to the video. Needless to say I kept my miracle. I never got to thank Ms. Houston, but for sure that song and her powerful and deep felt lyrics spoke directly to me. Thank you Whitney for helping me make one of the most wonderful decisions in my life. You are greatly missed by me.

Live Action News reached out to Wanda, and she told us her story. She became pregnant at the age of 27, and like so many other young women, her life was full of struggle. Separated from her husband and fired from her job, Wanda said she found herself forced to move in with her mother. The only thing she thought she had going for her was school, and that looked to be at risk if she carried her baby to term.

Wanda told Live Action News that she was conflicted about what to do, because unfortunately she had a previous abortion in New York at the age of 18. “It was something I never wanted to do again. I had very emotional stress. I had guilt and everything,” she said. Wanda described the day she went to the facility for her abortion. She said she was greeted by a group of pro-life people outside and they were carrying pictures of “what an abortion does to the baby.” Wanda said, “That really messed me up. When I was going in that is all I was seeing.”

Wanda was so disturbed by the images that she asked the abortionist if the procedure was going to hurt the baby or cause the baby harm. As expected, his reply was, “No.” 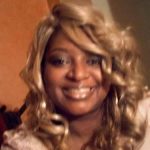 Then, less than ten years later, Wanda’s situation looked grim again — but that time she knew abortion was not a valid choice. “I knew God did not want me to abort this baby,” she said.

But like so many women who have believed the lie that Planned Parenthood offers “healthcare” to women, including prenatal care and adoption services, Wanda reached out to Planned Parenthood. She told Live Action News:

I called Planned Parenthood maybe three weeks after I found out I was pregnant. I believed that Planned Parenthood would sit me down and give me options. I did not believe that they were just for abortion services from what I had heard of them.

I told them my situation- I didn’t mention abortion. I had said I needed family planning and some information. They said, “we have options that can help you and we also can offer you abortion.”

I said, “I don’t know if I want to keep the baby, I am leaning toward adoption…”

Planned Parenthood said, “we can show you all options,” and they gave me an appointment.

Instead, what you will hear is that the only service these staffers seem willing to offer (over the phone, at least) is abortion:

Wanda said that Planned Parenthood seemed like her only way out, and she knew they would talk her into an abortion. But then a “miracle” happened:

When you are so young, and your marriage is breaking up, and you are living with your mom, you are fired from your job. You think, what am I going to do? I don’t want to be a single mother.

When I called Planned Parenthood that day – I was going to go down. They gave me an appointment. While I was on the phone, I could actually feel the spirit of my baby crying out to me. I felt like a pain – a surge of pain in my stomach…

It was at this point that Wanda hung up the phone, began to cry and went to her room. It was then that Whitney Houston’s video was playing on the TV. Wanda said she had never even heard “Miracle” before that day, but the chorus spoke to her: “Nothing should matter. Not when love grows inside you… A voice of love is crying out. Don’t throw love away. There’s a miracle in store.”

“Life does start at conception,” Wanda said, “because when I got on that phone to call Planned Parenthood, I felt my baby’s spirit. It was her telling me to have my baby… My baby was crying out to me… God was telling me this baby was not going to be a curse, you are not alone.”

Wanda said she has since learned what Planned Parenthood is about, including the racist and eugenic beliefs of their founder. Live Action News has documented multiple times that Planned Parenthood’s founder, Margaret Sanger, was an invited speaker before the Klu Klux Klan. Planned Parenthood’s very boards and directors were staffed by members of the eugenics movement who called for forced sterilization of those they deemed “unfit,” among them, Black citizens.

Wanda became emotional as she described the moment she chose life for her baby, telling Live Action News, “It was mind-blowing, it was like God was speaking to me… That song solidified that God wanted me to have that baby and I was making the right decision to keep my baby. From that moment on I never had a second thought – ever. It has been a blessing.”

Wanda said that her daughter has been nothing short of a blessing. Recently Wanda said she is even blessed to have a grandchild. “I have a beautiful 25 year-old girl and I also have a grandbaby too. I helped my daughter make the decision to keep that baby. So, no more abortions in our family. No more.”

Wanda says she is forever grateful that God stopped her from going to Planned Parenthood that day, because her testimony has power. “Life is a gamble even if you are alone. But nothing will come of it but blessings; I am a living witness of this.”