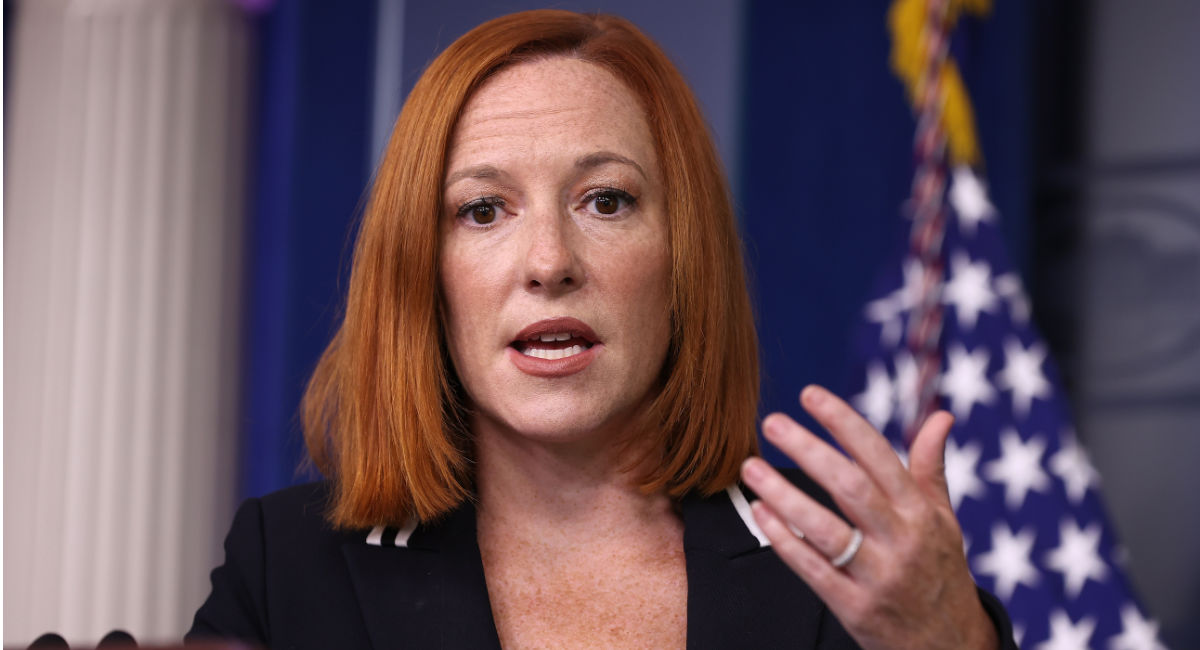 The Texas Heartbeat Act has taken effect in the state, and the U.S. Supreme Court refused to strike it down. That decision has drawn an extreme amount of outrage from abortion advocates, including the Biden administration. President Joe Biden, a self-described Catholic, slammed the law, and reiterated his unflinching support for abortion. In a press conference, White House Press Secretary Jen Psaki was asked how Biden squares his Catholic faith with his abortion advocacy. Her response failed to address the issue, instead mocking the gender of the reporter asking the question.

EWTN Catholic news reporter Owen Jensen began by asking, “Why does the president support abortion when his own Catholic faith teaches abortion is morally wrong?”

Of course, abortion doesn’t involve merely the woman’s body; an entirely separate human being, alive and with a heartbeat, is killed during an abortion. A preborn child is not an extension of the woman’s body, and therefore, he is not property for the woman to dispose of as she wishes.

The reporter followed up again, asking, “Who does he believe, then, should look out for the unborn child?”

In saying this, Psaki surprisingly veered away from the “shout your abortion” celebratory rhetoric of the most extreme abortion proponents.

"He believes that it's a woman’s right. It's a woman's body and it's her choice,” White House press sec. Jen Psaki says when asked why Pres. Biden—who is Catholic—would support abortion access. https://t.co/u6gammftjI pic.twitter.com/IkUvkHFa0K

Tragically, over 60% of women are reportedly coerced in some way to abort, and countless women suffer immense pain and regret afterwards. However, men are also affected by the loss of their children through abortion.

Some men admit to having pressured the mothers of their children into abortions, or refuse to fight for their children’s lives. Later, some speak about the scars and pain it left.

Pro-life convert and post-abortive father Lairs Johnston has spoken openly about the regret he now feels. “I wish I knew how much better my life could have been with a kid in it,” he said, adding, “I want every woman walking into Planned Parenthood to know that kids don’t destroy dreams, they fulfill them. Whatever culture is telling you to chase is only going to leave you wanting more. Kids on the other hand, leave you exhausted, drained, broke, messy, but oh so fulfilled. Kids change your life in ways you didn’t even realize you wanted it changed. Kids remind you how the little things, when appreciated, make life more beautiful.”

Another father spoke of feeling helpless while his wife aborted two of his children, saying that the “emotional scar” from the deaths of his preborn children will haunt him for the rest of his life, due to the two smiles he will never see. Even some male celebrities, like Eminem, have express their regret over abortion.

Yet as Psaki demonstrates, men are typically told they have no right to feel anything about abortion, nor should they speak about it in any way beyond expressing overwhelming support for it. But abortion affects more than just women. It is a human rights issue.

“It’s clearly a sexist response, which is ironic, coming from someone whose boss is a man. She’s saying because you’re a man, you’re not allowed to ask this question, you’ve never been pregnant,” Rose said. “Her boss, President Biden, who’s weighing in on the Texas heartbeat abortion law, is also a man… The bottom line is, the president’s job as our elected leader, the chief official in this country, is to defend the rights of Americans — not to stand against the most vulnerable Americans’ rights, which are the children in the womb. And Texas has decided, which is their right, to protect those citizens, to protect those members of their state. And Biden is coming out blasting them for it. So it’s really ironic that, someone who says he’s a Catholic, and whose job is also to defend the common welfare, is actually working actively against the most vulnerable Americans: the unborn.”