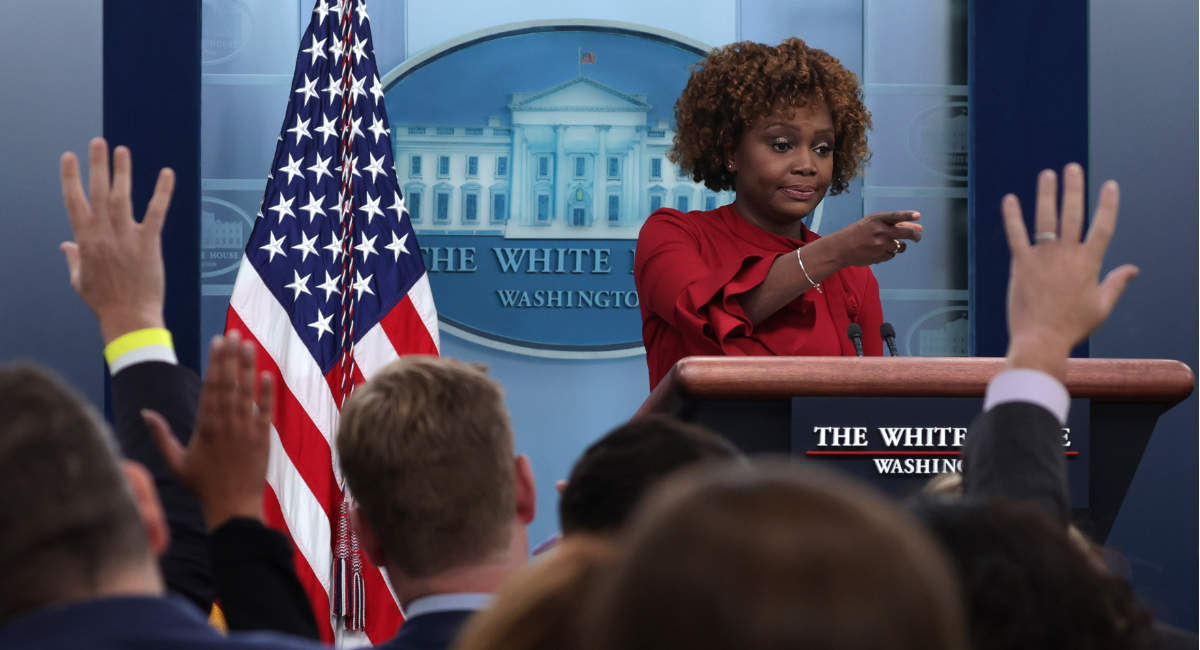 “Does President Biden favor any limits on abortion?” Doocy asked. Jean-Pierre then redirected the topic to Senator Lindsey Graham’s proposed national 15-week limit on abortion. “Your position on his plan is clear, 15 weeks is unacceptable,” Doocy replied.

Jean-Pierre responded, “I was speaking directly to what Republicans are trying to do. They are calling for a national ban which takes us backwards—”

“Why not get into specifics?” Doocy pressed. “Why can’t you say how many weeks the president thinks the limit should be?”

Jean-Pierre then attempted to redirect the discussion to Rep. Kevin McCarthy (R–Calif.), but Doocy wasn’t allowing it. “I’m not asking about Kevin McCarthy, I’m asking about Joe Biden and his position on abortion. How many weeks?” Doocy again asked, with Jean-Pierre repeatedly interrupting and attempting to speak over him.

“Peter, I’m answering your question,” said Jean-Pierre. “What Republicans are attempting to do is take us backwards. They’re trying to take away the rights and freedoms of Americans. That’s what we’re calling out and that’s what we’re going to continue to call out.” She continued to discuss various Republican actions and positions without answering Doocy’s question.

“I answered your question,” Jean-Pierre said.

“You did not answer my question, Karine,” Doocy countered. “Why can’t you say?”

“I did, I did,” Jean-Pierre insisted, before calling on another reporter.

The Biden administration has expressed its opposition to the proposed 15-week protections for preborn children, mischaracterizing it as a total abortion ban without exceptions for rape or incest, which is false — the bill actually contains those exceptions. Biden also falsely stated that the proposed legislation is stricter than the official position of the Catholic Church – in reality, the Church does not support abortion in any circumstance.