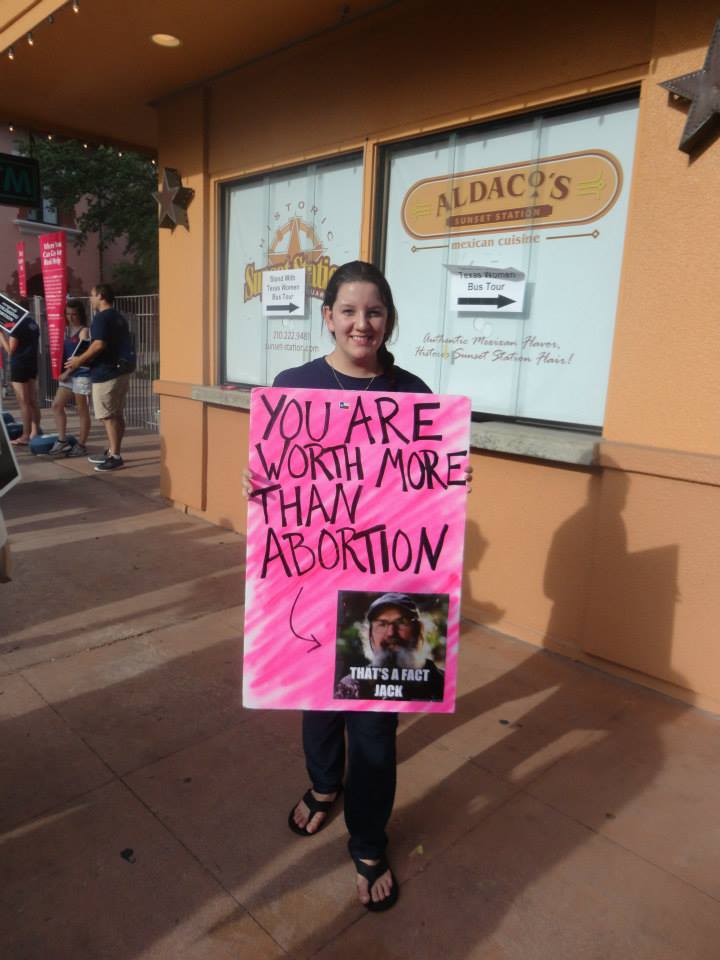 Thursday at 5:30 am, after a 10-hour Greyhound bus ride to meet Students for Life in Austin, I was unsure of what to expect from the many pro-abortion supporters I knew had gathered at the Texas State Capitol.

The first day was great – the Students for Life group got to meet Rick Santorum, who encouraged us in our fight for the unborn. I definitely consider him one of my personal heroes, so having him speak to us was amazing! We also met with Texas Representatives Bryan Hughes and Steve Toth, who welcomed us to the Capitol with open arms and lots of prayers. Later on, these two fine gentlemen would provide our group with hotel rooms just for us to shower in, after the YMCA kicked SFLA out.

After lunch, we headed down to San Antonio to meet the Planned Parenthood bus tour for a silent protest. There are pictures of some of the signs below, although several of them were simply too vulgar to post. While the people who showed up for that event weren’t as bad as the ones we would see the next day, there was still some vitriol hurled our way. But most horrifying to me was that when people read the sign the girl next to me was holding, that said, “Wendy Stands With Gosnell,” they had no idea who Gosnell is.

Friday morning we arrived at the Capitol around 10 am and got to work. Some of us, like me, were passing out red “LIFE” tape; others were going around getting our fellow pro-lifers to sign the Statement of Peace, vowing to remain a peaceful presence; still others handed out snacks and water to all of those standing in line waiting to enter the gallery, pro-life or not.

At lunch, we walked to a park near the Capitol, where the Austin Knights of Columbus were nice enough to provide us with burgers, chips, cookies, and drinks. Earlier in the week they had provided SFLA with many inflatable mattresses so that we didn’t have to sleep on the floors of the churches we were staying at.

When we returned from lunch, Representative Bob Deuell provided us with blue shirts to pass out, along with water for anyone who needed it. Once back inside, things had taken a turn for the ugly – as we prayed, we were yelled at repeatedly (see videos below), and we began to hear the reports of DPS confiscating bricks and bottles of urine and feces that pro-aborts had planned to throw at the senators. At one point, a member of our group was violently shoved by the protesters as he recorded the scene in the rotunda. We had heard other rumors about potential violence planned by the protesters and had been warned that we might be asked to evacuate at any moment.

Keeping this in mind, a friend and I got in line for the gallery, hoping to be there when the historic vote finally went down. As we snaked through the line, things continued to get louder and louder as the majority of the pro-abortion crowd gathered in the rotunda, chanting, and strangely bouncing tampons off an orange flag. As we neared the gallery, the roar grew so loud that we could hardly hear each other talk; we later found out that this is when the group of women tried to padlock themselves to the gallery railing, one of whom succeeded and had to be cut free. Shortly after this, we were informed that DPS had determined that the atmosphere was too dangerous for those wearing blue, and pro-lifers were being escorted out of the public parts of the Capitol and into various offices. Our group gathered in Representative Hughes’s office, where we were locked in for our own safety and guarded by DPS officers.

As more than fifty people sat in the office, we were able to watch the live feed of the vote, and saw history in the making. When the final session started in the wee hours of Saturday morning, our group stood in a cramped office and prayed along with the Senate, while the pro-abortion advocates outside the gallery booed the same prayer. Minutes later, cheers rang out all around me, and tears of joy were shed, as the final vote count was announced and the bill officially passed. A victory for the unborn had been achieved, and I was glad I had been on the right side of history.

But history was not the only thing I had experienced in Austin. As I knelt in prayer in the rotunda, and was surrounded by hundreds of pro-abortion protesters angrily mocking my faith, I became convinced that I also experienced spiritual warfare. As a Christian, I felt secure that God would keep me safe, and I knew there were people all over the nation praying for our safety, but in my heart I knew fear.

I am so thankful for the Texas DPS who worked hard to ensure our safety, and to Representative Hughes for providing us a safe harbor in this storm. I am also grateful to the many people who donated food and supplies to the SFLA group, so that we could focus on supporting the bill, and saving babies!

Below I have compiled pictures and videos of the sights and sounds from this weekend. WARNING – some of the signs are very vulgar and may contain foul language. Unless otherwise noted, they are my personal photos and videos. 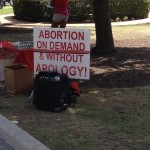 What they really want 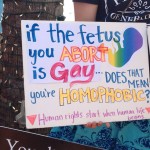 Human rights start in the womb 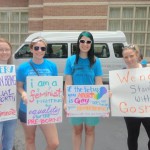 Who does Wendy really stand with? (Photo: Erin Stoyell-Mulholland) 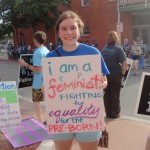 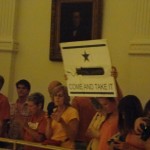 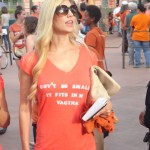 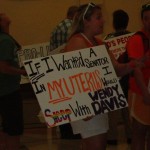 We saw many variations on this sign (Photo: Erin Stoyell-Mulholland) 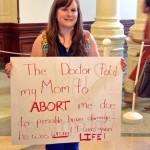 Her mother made the right choice! 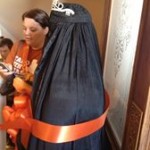 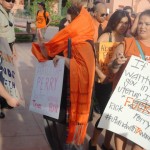 Police made her scratch out her vulgarity, not a good job though (Photo: Erin Stoyell-Mulholland) 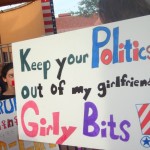 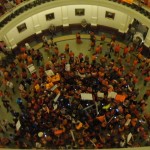 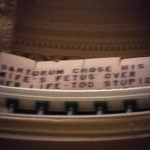 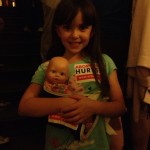 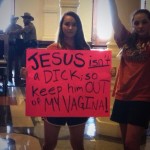 Way too young to be saying things like this 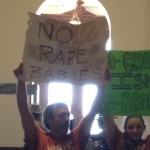 Tell that to the men & women conceived in rape… 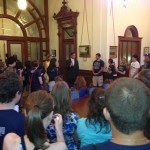 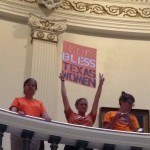 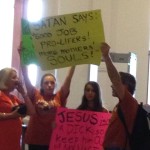 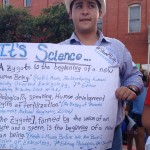 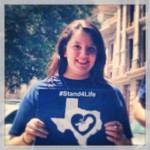 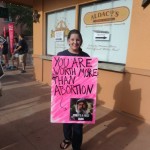 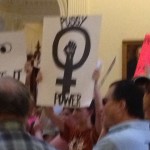 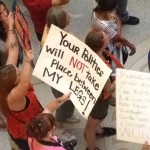 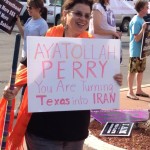 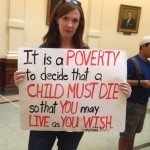 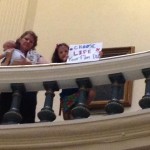