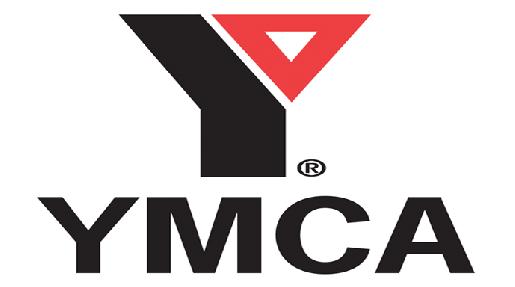 Not gonna stop us, though.

So there I was. At the YMCA in Austin, just minding my own business, trying to be as discreet and quiet as possible. It was almost 10 p.m., and I just wanted to take a shower after a long day of rallying and reporting on behalf of Live Action News at the Texas state capitol. We had traveled on a bus for over thirty hours from Washington, all the way to Austin, to show our support for the omnibus pro-life bill and to raise awareness about the need to stop abortion — activism at its finest.

I had been looking forward to that shower all day long. I hadn’t taken one for days. Thankfully, Students for Life of America (SFLA) had an arrangement with the the Austin Town Lake Branch YMCA to let us use their showers for the week of the SFLA Students #Stand4Life Bus Tour. Brendan O’Morchoe, the field operations manager for SFLA, had given us strict instructions on the bus to be quick, be quiet, and stay out of the way of the gym members once we arrived at the YMCA.

That’s exactly what we did – and I’ve never taken a shower so quick in my life. We came into the gym in shifts of about ten at a time, being careful not to overwhelm the locker rooms. In short order, all fifty-some pro-life students took their seats back on the bus, happy to finally be clean.

Expecting to return to the YMCA the next day for showers, we were told to bring all of our shower supplies with us on the bus in the morning. About halfway through the day, the YMCA informed SFLA that the students were not going to be able to return to the use the gym’s showers. And even though we were told by the Y’s manager that we had been respectful of the facilities and staff the previous night, pro-abort members had bullied the staff and told them that it was “too political” to have pro-lifers in the showers. 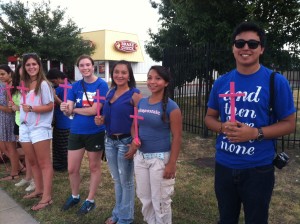 It is so shocking to me that a Christian organization such as the Young Men’s Christian Association kicked young pro-life Christian students to the curb. You would think that of all places, the YMCA would be more than willing to assist us while we stand for life in Texas. It goes to show how the pro-aborts stay active around the clock, and spread out in more places than just the capitol.

During our long bus trip to Austin, I washed my hair in a rest stop sink – a sacrifice I was happy to make for the chance to #Stand4Life in Austin. However, having been kicked out of the YMCA, the week looked a little more daunting with the prospect of similar less than optimal “shower” situations in my future.

As the SFLA press release on Tuesday, July 9 states, SFLA staff on the ground in Austin scrambled to find a place for 56 people to shower for the week. The Lord provided again for us, and thankfully, a Catholic school here in Austin is allowing us to use its locker rooms for the week so we can stay clean, and keep our witness while reaching out and speaking with the pro-aborts here at the capitol.

It’s been amazing how pro-lifers in Austin have come together to support us while we get our feet wet in real-life activism. SFLA has made an impact just by being present in Austin, showing up to rallies, counter-protesting rallies, and spreading the truth of the pro-life message.

“When we work together, we are a lot more powerful,” said Jason Vaughn in a private conference to the SFLA student group.

SFLA made national news — and it was all because the YMCA kicked us out of their showers. The pro-abortion members may have intended to shut us down, but instead, they put a national spotlight on what we are doing this week. Thanks to the generosity of others, we’ve gotten our showers and are back to doing what the pro-life generation does best: saving one life at time.