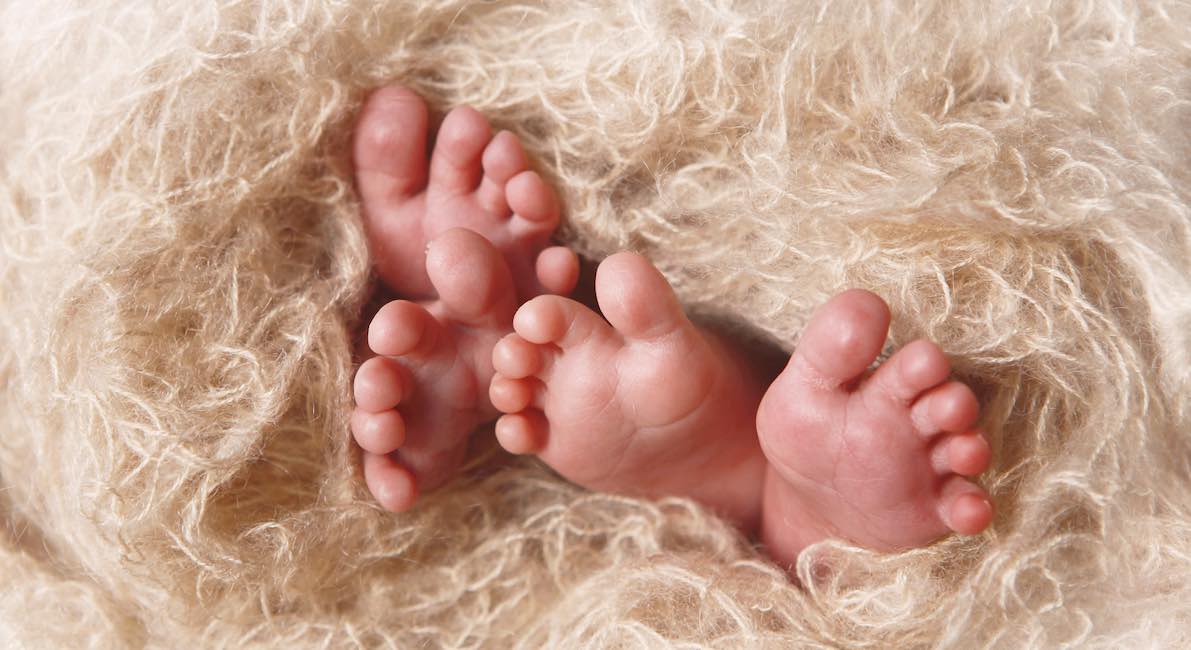 According to the Washington Post, Brooke Alexander’s story is a tragedy. Unexpectedly pregnant as a teenager, she’s now an 18-year-old married mother of twins. Her first reaction to the pregnancy was that she should have an abortion — but the Texas Heartbeat Act and a visit to a pregnancy resource center changed that plan — and today, she is grateful for her children, though you’d never guess it from the bleak way the Post paints her story.

The Post reported that Alexander found out she was pregnant just two days before the Texas Heartbeat Act took effect. She texted her father in desperation, and together they hoped she wasn’t six weeks pregnant yet. “We’re gonna see how far along it is,” she wrote. “See if abortion is an option.”

No abortion facility nearby was able to see Alexander quickly, unless she could get an ultrasound to determine if she was less than six weeks pregnant. And that led her to visit the Pregnancy Center of the Coastal Bend, where she underwent an ultrasound, though she was unaware at the time that the center does not commit abortions. Angie Arnholt, who worked at the pregnancy resource center, listened as Alexander explained why she wanted an abortion: she had only been dating her boyfriend for three months, and was about to start school to get her real estate license. She had dropped out of high school at 15. Her mother, Terri Thomas, was with her, and had agreed with her decision to get an abortion.

But then, when it came time for the ultrasound, Alexander and her mother were in for a shock.

Read: 15 women on why they regret their abortions: ‘Nothing has ever hurt me this bad’

Alexander was pregnant with twins. And she was 12 weeks along. She asked the ultrasound tech if she was sure, while her mother jumped up and down saying, “Oh, my God, oh, my God. This is a miracle from the Lord. We are having these babies.”

At first, the Post reported, Alexander began thinking that she could still travel to New Mexico — which has no abortion restrictions and allows abortion without gestational limit. She could get an abortion there and she had a family member who would loan her the money to do so. But after seeing her twins’ heartbeats, she began questioning whether or not getting an abortion would mean she was murdering her babies — and decided not to go through with an abortion after all.

Alexander and her boyfriend, Billy, began making plans. He would join the Air Force after he graduated high school, and they would get married. Soon, they found out they were having two little girls. “I’m so happy I met you billy,” the Post said Alexander wrote on Instagram. “Starting a family with you is gonna be one of the hardest things I’m ever gonna experience, but I’m glad I get to do it with you.”

In the meantime, Alexander started attending real estate classes, but it didn’t work out, and she had to stop working. Her boyfriend lamented losing the freedom he had before as a teenager, and he struggled with the idea of supporting the two of them. The relationship between Alexander and her mom soured, so the couple moved in with her boyfriend’s father instead. Before her boyfriend left for basic training, they got married at the courthouse so Alexander would be able to qualify for military benefits.

And yet, despite the seemingly endless negatives offered by the Post, Alexander offered her true feelings, though conflicted about her responsibilities. “Who’s to say what I would have done if the [Texas Heartbeat Act] wasn’t in effect? I don’t want to think about it,” Alexander said of her babies, adding, “It’s really scary thinking that I wouldn’t have them.”

Your bad reporting grossly objectifies a young woman & her family in her most vulnerable moments. If you truly cared about Brooke, you wouldn’t weave the false narrative that she’s doomed or her future ‘ dreams forever destroyed because of children. Shame on you, @washingtonpost. https://t.co/FEQenammUA

Why do privileged, pro-abortion journalists objectify single, young or low income moms and make them out to be losers who have no future because they didn’t kill their children? @CAKitchener @washingtonpost

Many in the abortion industry try to claim women never regret their abortions, while women who choose life end up in poor circumstances afterwards, pointing to the Turnaway Study as “proof.” Yet the study was inherently flawed; there was a small sample size, and only 27% agreed to participate out of the thousands of women asked. In the final year, participation dropped even further to 17%. Furthermore, the women were recruited by the abortion industry itself — and even still, less than 60% of them responded to the survey five years later. It’s literally impossible to know how many women actually did regret their abortions years later — or to make judgments on the circumstances of women who kept their children.