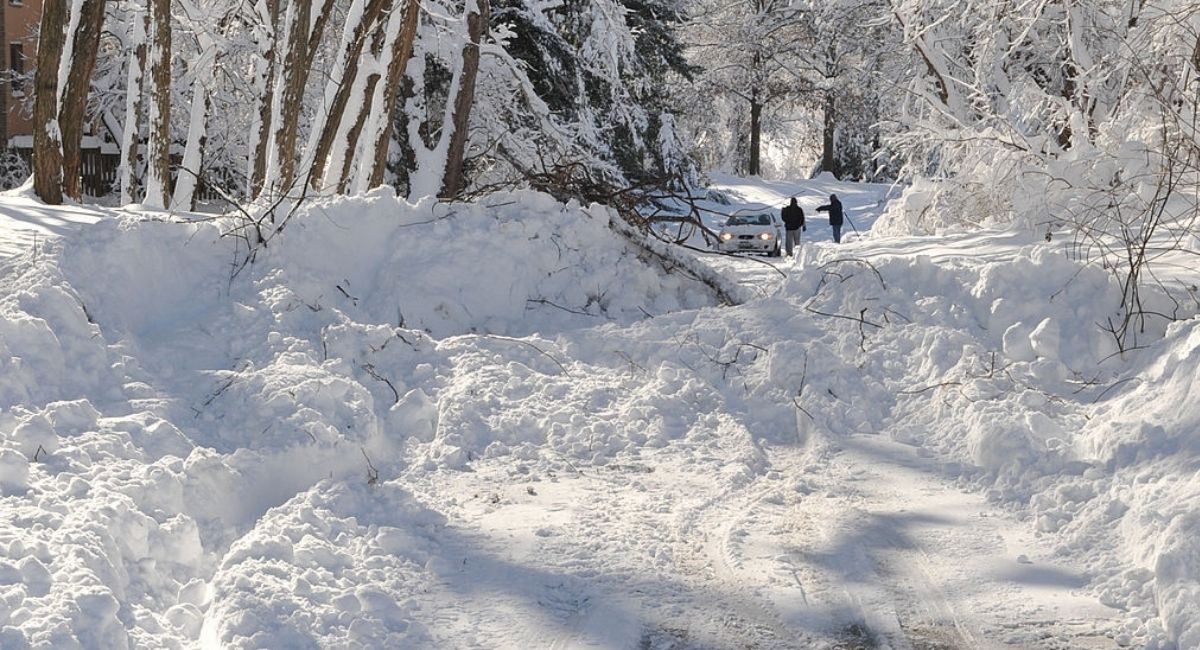 The largest snowstorm in the D.C. area brought some additional complications for an expectant Stafford County, Virginia, couple named Kris and Noel. The snowstorm felled trees, downed power lines, brought I-95 to a standstill, and caused general chaos in the region.

Noel wasn’t yet worried, though she was already several days past her fourth baby’s due date. “… I thought, well, baby’s not gonna come today anyway,” she said to WTOP. Then her water broke, making their need to get to the hospital through the storm urgent.

Kris returned to the house and called 911, but neither his nor Noel’s phone could get a signal out. “After the contractions started, that’s when we said we have to call 911,” Kris explained. “And we both dial 911 and it wouldn’t, it didn’t go through. It didn’t even try to ring actually… nothing happened.”

Although they began to prepare for an emergency delivery in the house (which had no electricity and no running water because of the storm), Noel was insistent they get to the hospital as her doctor had recently advised her that she could experience some complications during delivery. She texted her mother, who had a friend in the local fire department, and she was able to contact the local fire and rescue who quickly dispatched a team to the couple.

Around a half-hour later, two members of the Stafford County Fire and Rescue showed up, climbing over and through the snow-covered, downed trees blocking the rural road that kept them on the property. Kris recalled that “one of [the rescue team] was not even wearing a coat. He just had a T-shirt on.”

Since there was no way of getting out of their driveway, the team devised a plan to trudge the quarter mile through the back of the property, over a creek, and through a foot of the snow – all while Noel’s contractions were coming just two minutes apart. It would be difficult, but the road behind them had been cleared and an ambulance would be waiting there to take Noel to the hospital.

All told, the trek took around 40 minutes, taking into account pauses for Noel’s contractions. “I still was kind of in shock about the whole situation,” recalled Noel. “But in the back of my head, I was thinking, This isn’t really happening. I’m not walking through the snow, in labor to get to the ambulance. And then going through creeks and falling-down trees. I was — I was still in shock.”

However, she said, the rescue crew helped keep her spirits up. “They were cracking jokes the whole time, making me laugh. They’re like, ‘You’re Superwoman,’ … ‘I can’t believe that you’re doing this.’ Overall, I was OK.”

After they reached the road and loaded Noel onto the ambulance, Kris had to turn around and return to their house to be with their three other children. Although Kris couldn’t be with her, Noel said that one of the rescue team members who rode in the ambulance with her helped her bear through it. She recounted that he “held my hand through every single contraction. He was just so great.”

Baby Josephine arrived the following morning, and although Kris could not be present, he was able to call in and hear the baby’s arrival.

WTOP reports that both mother and baby are doing well.