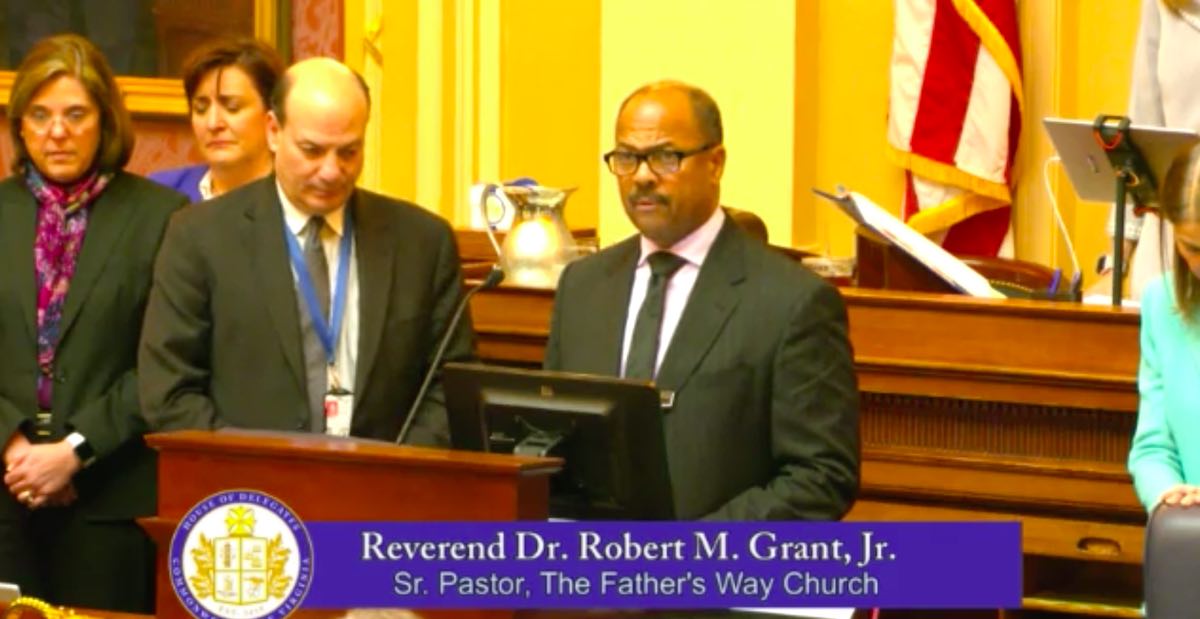 A recent invocation at the Virginia House of Delegates drew controversy this week. Rev. Dr. Robert Grant, Jr., of The Father’s Way Church in Warrenton was invited to pray, and as he did so, some lawmakers walked out or heckled him, expressing ire over what they perceived as an inappropriate and overly political prayer.

Grant expressed traditional evangelical views on marriage in his prayer, and this angered many. But he also took the time to plead for the lives of preborn human beings in a state where abortion extremism seems to be the order of the day.

Grant asked that lawmakers would “not provoke God’s anger by making laws that can destroy the fabric of this great state and our wonderful country,” adding that “God is love and God is merciful. God is holy and God is also judgment.” He pleaded, “Please do not provoke His anger and bring wrath upon this state by what you create as law.”

Grant then prayed for the protection of preborn children:

I pray that you may understand that all life is precious and worthy of a chance to be born. God is the giver of life and people have no right or authority to take life. The unborn has rights and those rights need to be protected. They should never be denied the right to exist, the right to develop, or the right to have a family.

The Word of God has given us a warning: “Woe to anyone who harms an innocent child.” Every one of you sitting here today can guarantee these rights to these little innocent children of Virginia. They are in their trimesters as we speak.

Please do not ignore their little voices. I pray for a heart change today and may the Lord God have mercy upon this leadership….

… Why are there so many abortion clinics near African-American communities? This is planned urban genocide and you can change this. This needs immediate attention.

Hear the entire prayer below:

According to the Virginia Mercury, some delegates felt attacked by the tone and format of the prayer:

“Is this a prayer or a sermon?,” a delegate yelled from the Democratic side of the chamber as the prayer turned increasingly political.

Speaker Eileen Filler-Corn, D-Fairfax, ultimately ended the prayer by banging her gavel and moving right into the Pledge of Allegiance.

Democrats were sharply critical of the prayer’s tone, calling it a breach of the normal protocols for guest clergy.

Grant’s response to the controversy, according to ChristianNews.net, was unapologetic. “I think that the statehouse belongs to all the citizens. And all the citizens have a voice,” he said. “If it’s my turn to have a voice, and I am a pastor, what do you expect from me? If you don’t want to hear what a pastor has to say, then don’t invite one.”