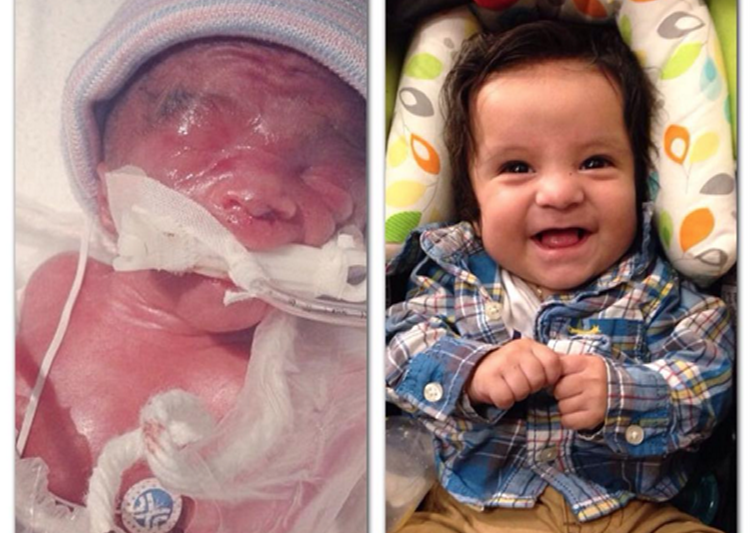 “What is Human?” was the most-watched pro-life video of 2014, garnering millions of views on social media— and it continues to reach thousands every day. Launched as part of Live Action’s “Inhuman” investigation, the video has over 50,000 likes and approximately 70,000 shares on Facebook.

Viewers reported that the video solidified their pro-life stance, while others said their minds were changed about abortion.

Live Action’s undercover cameras caught what the stars of “After Tiller”, a late-term abortion film airing on PBS, had…

“What is Human?” reveals shocking admissions by the country’s most notorious abortionists on the humanity of a preborn child and the violent procedures performed on them.

Abortionists, including Leroy Carhart and Laura Mercer, explain to investigators how a child is ripped apart piece by piece, drowned in solution, or poisoned by lethal injection inside the womb. Undercover cameras caught abortionists callously joking about killing a preborn child—even laughing about the horrific abortion procedures.

After watching the video, parents shared these powerful images on Live Action’s Facebook page, showing the humanity of their own children inside the womb: 2) “I went into planned parenthood to have a pregnancy test done. They told me I was two months pregnant and then had me go into the office to talk to the counselor.

“The first thing she did is hand me a bunch of pamphlets about different types of abortions and just started talking about them, not even letting me get a word in until she was done. Then she asked me what one sounded the best for me. All of them were horrible and either involved them taking my baby apart or injecting it with something that would kill it.

“When I told her that I was going to carry the baby full term she looked at me and said in a sick joking tone that a young girl like me wouldn’t want to go through the hassle and ruin my perfect body. Told her I’m keeping my baby and walked out. I now have an amazing, adorable, 5 month old son. He hasn’t been a hassle. And my body isn’t ruined. And I am happy with my decision.” 3) “My boys were born at 28 weeks, I can’t imagine my life without them, or how these people can claim they aren’t humans.” 4) “My 25 weeker! I PROMISE….SHE’S DEFINITELY A HUMAN AND ALWAYS HAS BEEN!!!!! And I was young, single, scared out of my mind and SWORE I would never have children and now not only is she a healthy, perfect, wonderful 2 year old…but she has a 1 year old little sister. ALL THINGS ARE POSSIBLE THROUGH GOD!” 5) “My 24 weeker was perfectly formed and survived he is now 7 months I don’t know how ppl can just ‘terminate’ a blessing!” 6) “My angel baby was born at 19 weeks, they are Humans to and they feel and hurt and they should have a chance to live and grow up just like we did. Abortion is wrong!!” 7) “My son was born at 28 weeks and to some people then he wasnt considered a baby cause he wasn’t fullterm? Yes he did have breathing proplems he spent 70 days in NICU but he was still a human being regardless of his development! He is 2 today and is the happiest and smartest child.” 10) “She’s come a long way, and guess what? She is able to feel physical and emotional pain!” 11) “I got pregnant at 18 but abortion never even crossed my mind. Perfect full term pregnancy and she was born on her due date<3 Now I have a beautiful babygirl who will be a year on the 16th (on Sunday) and she is the brightest light in my world. I love her with all my soul and can’t imagine how it must feel to willingly kill your baby I really try not to judge because it’s their choice but I see stuff like this and it just breaks my heart ):” 12) “I was told by Plan Parenting my oldest daughter was gonna be a Down syndrome baby and that I should abort my child because it would be a burden in my life. My husband freaked out, grabbed my hand and we stormed out of there.” Live Action’s “Inhuman” investigation reveals that abortionist Kermit Gosnell and the like are not anomalies within the abortion industry. Babies born alive as a result of a botched abortion are brutally slaughtered, and babies able to survive outside of the womb are killed in legally sanctioned abortion procedures.