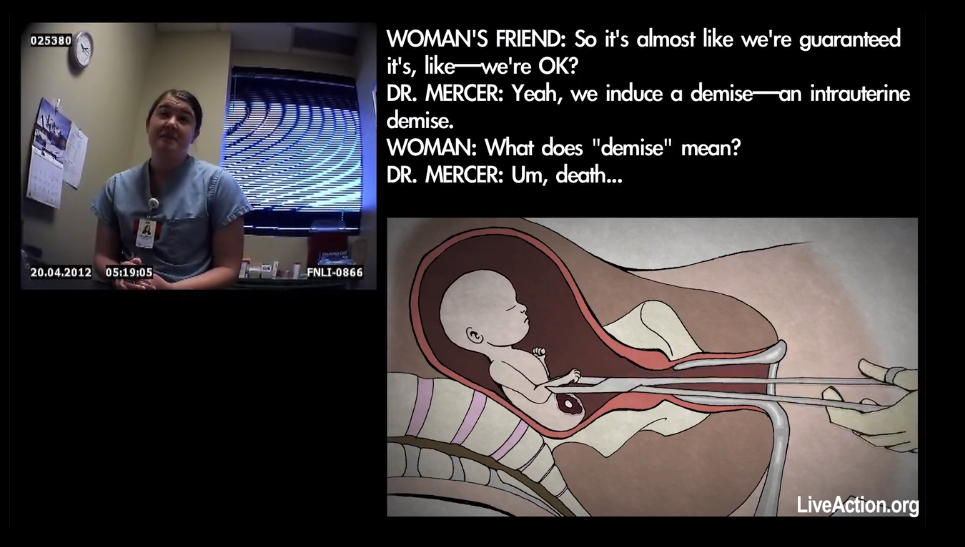 How do abortionists describe preborn children and the violent abortion procedures they perform on them? A video has gone viral that exposes what abortionists admit when they don’t realize the cameras are rolling.

Live Action‘s  “What is Human?” undercover investigative video probes America’s late-term abortion industry, and reveals chilling admissions from abortionists on the humanity of children in the womb. The video, which has garnered millions of views on Facebook and YouTube combined, has been shared approximately 50,000 times, and counting.  “What is Human?” details the willingness of abortionists to brutally slaughter babies able to survive outside the womb, and exposes the violent and inhumane nature of late-term abortion procedures that occur daily in abortion facilities.

Launched as part of Live Action’s “Inhuman” investigation, “What is Human?” is not only changing the debate about abortion, but it is prompting strong reaction from viewers. With over 23,000 comments on the Facebook post and its shares, this video is generating important dialogue about the violence of abortion, and the humanity of the preborn. After watching the short film, some viewers  who shared the video said they were now more pro-life than ever, while others even went so far as to say the video changed their minds about abortion:

The undercover video exposes the same abortionists profiled on the PBS documentary, “After Tiller,” a feature that glorifies and, according to the film’s marketing materials, seeks to “humanize” late-term abortionists.  Live Action’s cameras caught the disturbing statements of Leroy Carhart, an abortionist who egregiously likened preborn children to “meat in a crockpot.” Carhart’s patient, 29-year-old Jennifer Morbelli, died at Carhart’s hands following a botched abortion procedure.

Investigator: “At this point (23 weeks), does it have, like, all of it’s organs, all of that stuff? Like, is it fully developed?”

Mercer: “Technically, it has all of it’s organs. It has parts, like we all have parts, but it’s not done.” 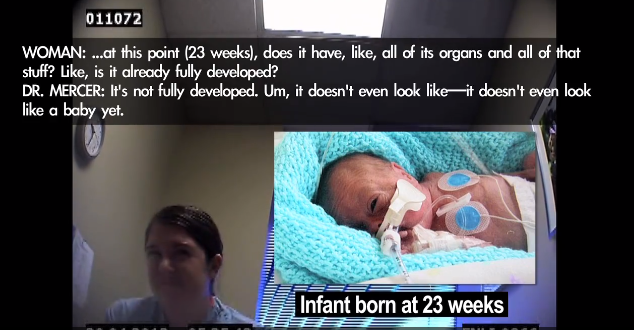 Mercer details gruesome industry protocol associated with the “demise” of the child, including the injection of Digoxin — which acts as poison in the administered dosage — into the fetal heart or amniotic fluid to kill the baby, followed by induced labor. Mercer also explains the dilation and evacuation abortion procedure,  which tears the preborn child apart, limb-by-limb. 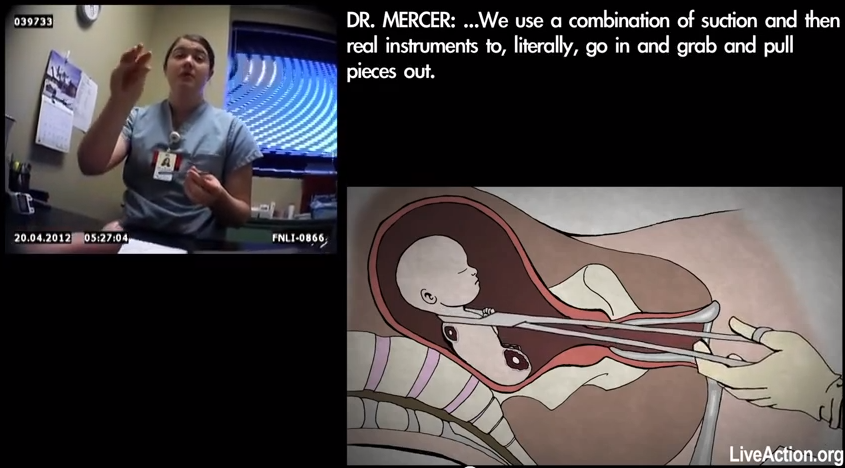 Live Action’s groundbreaking investigations have documented serious abuses within the abortion industry,  including rampant cover up of sexual abuse, the aiding and abetting of child sex traffickers, readiness on behalf of abortionists to perform infanticide and abortions based on gender and race, as well as medical misinformation and manipulation.