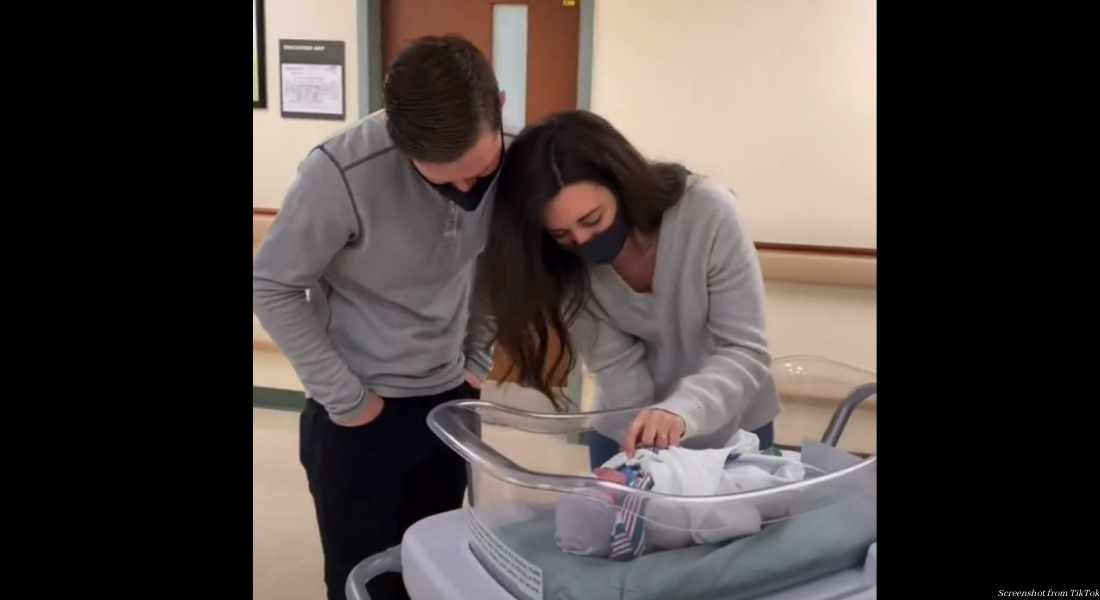 An adoption video shared on TikTok of the emotional reaction a couple had when they saw their baby boy for the first time has gone viral.

Shelby Henigman shared the video on her TikTok account to celebrate the six month anniversary of her son’s adoption. As Shelby and her husband, Cody, are shown walking down a hallway, text on the video reads, “Six months ago, we waited in a quiet hospital hallway as the most incredible woman we know welcomed our son into the world.”

Covering her face, Shelby is clearly overcome with emotion until a nurse appears, pushing the isolette which holds their son. Both parents seem to tear up, as Shelby leans over to stroke her son’s cheek. The next shots show Shelby holding her son, whom they named Leo, with tears in her eyes, and then Cody grinning as he holds him.

Notably, the Henigmans acknowledged the important role their son’s biological mother plays in his life, and the immense sacrifice she made in placing her son for adoption. The video includes several photos of her with the little boy, and on Facebook, Shelby honored her, including pictures of both of Leo’s mothers holding him.

“Today I have the privilege of being celebrated on my first Mother’s Day because another mama gave me this privilege, the woman who was Leo’s mama before I was,” she wrote. “This privilege is the greatest privilege I will ever hold.” In the comments, Shelby also explained that Leo’s biological mother has an open adoption, so she will be able to continue to have a relationship with him as he grows up. In a comment, she wrote that biological mothers who place their children for adoption have “love beyond comprehension.”

The video, which has been viewed nearly 7 million times, garnered emotional responses from countless people — including the nurse!

“I was the nurse that pushed him up to the waiting room [and] took care of him,” she wrote. “Seeing this makes me so happy that I get the opportunity to do what I do!”

There are about 36 couples waiting to adopt for every one baby placed for adoption. When a woman decides not to parent her baby and places him or her for adoption at birth, she is able to handpick the family she wants her child to be raised in. Open adoptions are now allowing biological parents the option of remaining a part of their child’s life.