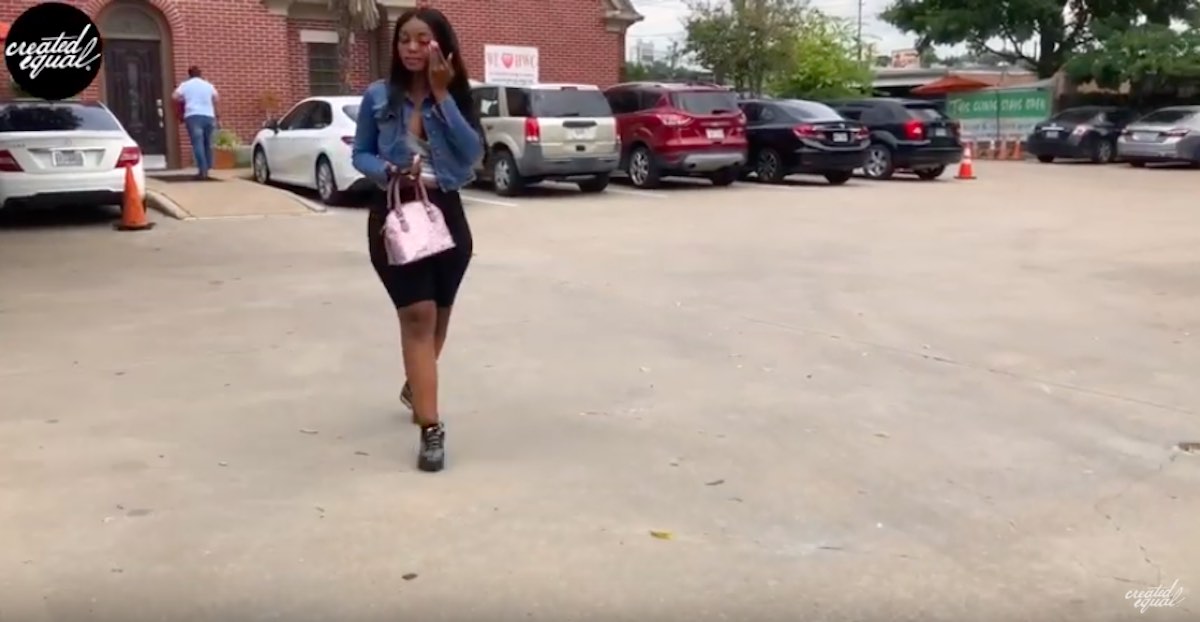 On October 8th, Created Equal released an incredible new video showing how the work pro-lifers do on the sidewalks of abortion facilities matters and absolutely saves lives.

Lexie Hall, a Created Equal intern, recently stood on the sidewalk at Houston Women’s Clinic in Houston, Texas, with her mother, calling out to everyone who entered the parking lot and headed for the facility’s front door.

In the video footage, she calls out to one group of people to no avail. Later, the mother of an abortion patient came out to her vehicle, and Lexie encouraged the mother to go back in to save her daughter and try to talk her out of her abortion. The mother, however, insisted that the daughter had made up her mind despite her pleas. “I’ve prayed on it,” she says. “She’s a grown woman…. Don’t lay the guilt on me like that.”

READ: 40 Days for Life prayer vigil kicks off with one baby saved already

As Lexie continues to call out to the front doors of the facility in the hopes that people inside might hear her calling out offering life-affirming help and free ultrasounds, the mother of the abortion patient inside is unable to start her vehicle, and she becomes upset with Lexie for continuing to call out. “Stop it!” she cried. “If my God wants her to stop, He will stop her,” she claims, clearly uncomfortable with the fact that her daughter is having an abortion at that moment.

Then, another young woman approaches the facility door, and Lexie calls out to her, telling her she was “strong” and could have her baby. Her hand on the doorknob, the young woman never enters. Instead, the woman at the vehicle that wouldn’t start walks over to encourage her to speak with Lexie… and she agrees!

The woman, who has her young daughter with her at the abortion center, agrees to go to a nearby ultrasound van for a free ultrasound. When she returns, she says she is going to give birth to her baby.

When a woman sees her baby for the first time on an ultrasound screen, it is often surprising, even for those who have already had children. Early on in pregnancy, mothers cannot feel their babies moving, and sometimes it can feel almost as if the pregnancy isn’t really real. Ultrasound reveals what’s going on in the womb that mothers can’t see, and shows the undeniable humanity of the child inside — his or her heartbeat, arms, legs, head, and depending on gestational age, even more detailed development.

These circumstances are nothing short of amazing and powerful, and pro-lifers will be there to help this young mom along the way, just as they have done for countless others experiencing unplanned pregnancies.