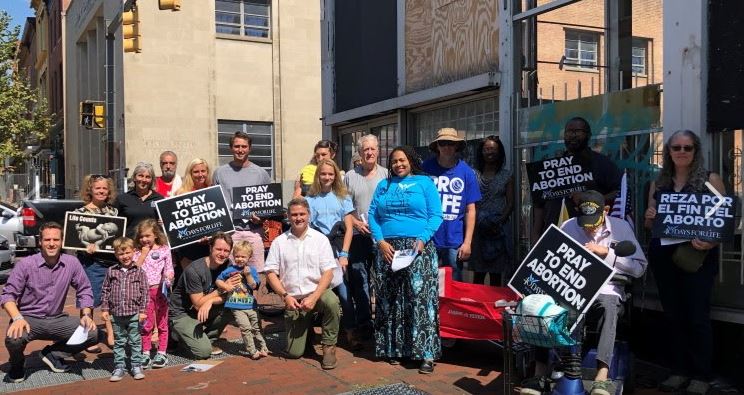 The Fall 2019 40 Days for Life campaign kicked off on Wednesday in cities around the world. Since 40 Days for Life was first launched in 2004, 16,004 babies have been saved from abortion, 104 abortion facilities have closed, and 191 abortion workers have quit the industry.

40 Days for Life was created to help end abortion on the local level through prayer and fasting. Volunteers reach out in their own communities by praying outside of abortion facilities. For those who don’t live in an area with an abortion facility, they can participate by wearing 40 Days for Life gear, praying outside of their statehouse or another prominent location, handing out information on a college campus, or placing a 40 Days for Life sign in their yard. And those who feel called to fast during the campaign are invited to do so.

During 40 Days for Life, there are non-stop prayer vigils outside Planned Parenthood and other abortion facilities. Twenty-four hours a day for 40 days, a pro-life individual or group can be seen praying outside of these facilities in a peaceful and educational manner. According to 40 Days for Life, up to 75 percent of the women who have scheduled an abortion don’t go through with those abortions when there are people standing outside of the facility praying. Heather was one of those women.

Already on the table just moments from the abortion, Heather thought of the 40 Days for Life volunteers praying outside. She says, “God got ahold of my heart and presented a Bible verse: Jeremiah 29:11. And I knew I could not do it.” Jeremiah 29:11 says: For I know the plans I have for you, declares the Lord. Plans to prosper you and not to harm you, plans to give you hope and a future.

Heather did not tell the volunteers that she had chosen life until they attended her church one day to speak about 40 Days for Life, proving that sometimes we don’t even see the full impact of our prayers right away.

Anyone interested in joining or starting their local 40 Days for Life campaign can visit the organization’s website for more information.