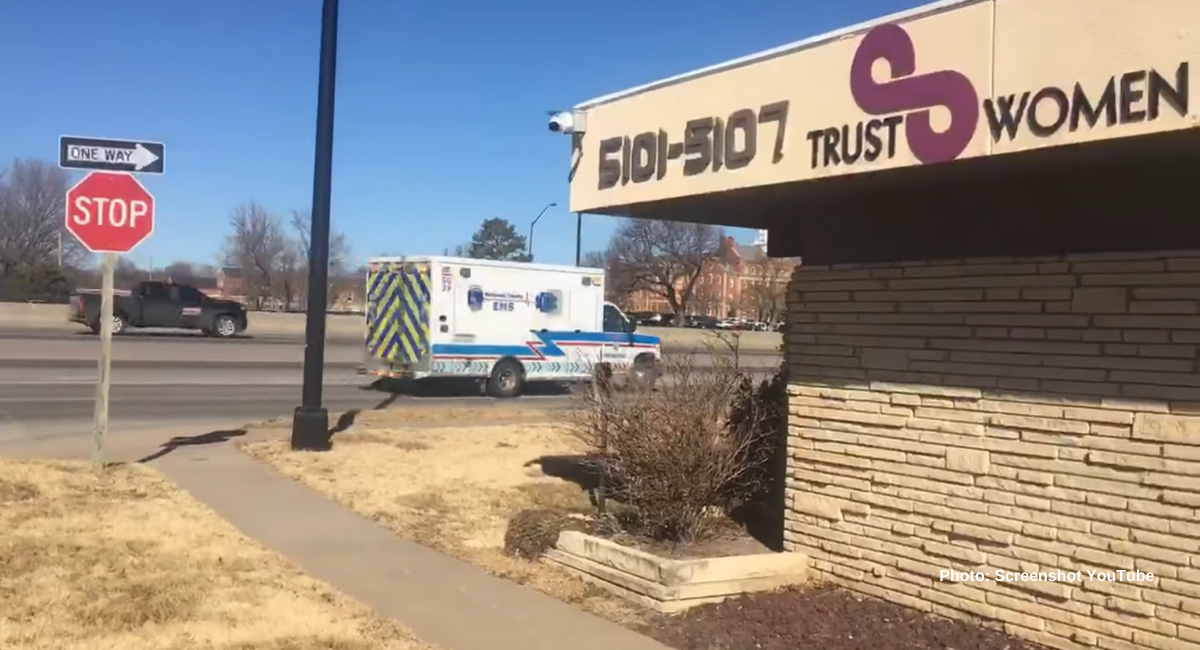 A Valentine’s Day injury at an abortion facility nearly turned deadly in Wichita, Kansas, with a woman bleeding so heavily that she needed to be taken to the hospital by ambulance. Operation Rescue obtained the emergency dispatch records, while its president, Troy Newman, personally witnessed the departure of the ambulance from the facility.

The woman arrived at the Trust Women abortion facility, which operates in the same building formerly used by the late George Tiller, on Monday. While it isn’t clear what abortion procedure this woman had, Trust Women commits abortions up to 22 weeks of pregnancy, by which point a baby has a chance of surviving outside the womb with medical intervention.

Swinney, who is reported to have a history of alcoholism and drunk driving, is believed to be homeless and living at the abortion facility.

This is far from the first injury at Trust Women. Operation Rescue reported that there have been eight medical emergencies there that they know of. “[I]n Kansas, abortion facilities are not licensed or inspected,” Newman said in a statement. “When women are injured at abortion facilities, medical oversight agencies essentially turn a blind eye. Kansas is a strong pro-life state, but the state government has betrayed the people in favor of keeping abortionists unaccountable for the harm they cause.”