Documents detailing repeated requests for aborted fetal body parts from the University of New Mexico (UNM) have been released by Abortion on Trial. Used as evidence in the House Select Investigative Panel on Infant Lives — a congressional investigation into the trafficking of aborted body parts after the Center for Medical Progress (CMP) videos exposed illegal activity in the abortion industry — the e-mails show a long-standing relationship between UNM and the abortion industry.

The e-mails show repeated requests from UNM for specific organs, like hearts and brains, while seemingly refusing to acknowledge how the organs were being obtained. In one e-mail, the sender asked rather nonspecifically if the abortion facility would be “getting more fetal tissue,” and requested the abortionist to spare the heart:

“Please let me know if you end up getting more fetal tissue next week and can still spare the heart…” the email reads in part. 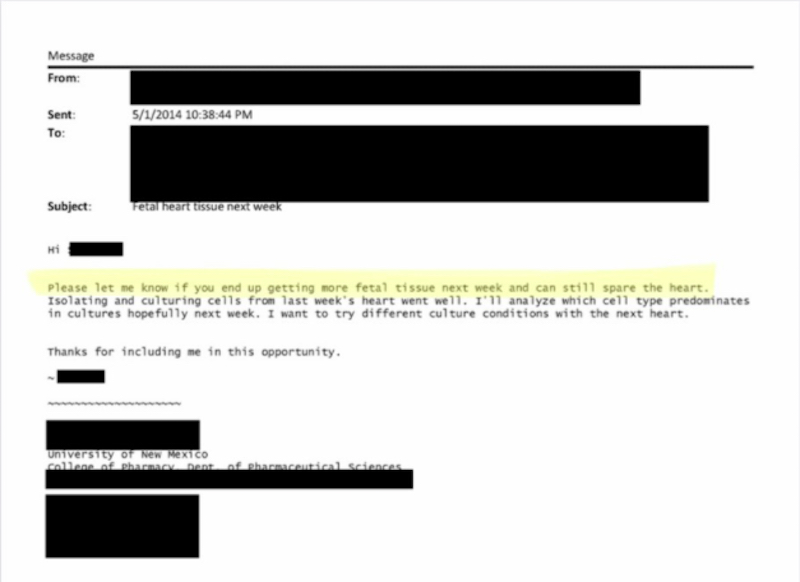 Other researchers requested fetal brains of varying ages. One researcher said he or she specifically wanted brains from preborn children over 22 weeks gestation, while another said he/she didn’t think they could use such “large” specimens.

“I just spoke to the clinic about getting >22wk fetuses for our dissections,” one e-mail read. “They have patients scheduled for surgery tomorrow that fit that range. I’ll go pick them up tomorrow afternoon when they’re ready.” Yet another e-mail mentioned those brains being too large. “[Redacted] just came and took some brain tissue I had in the freezer in both TriZol and TPer, and one of the fixed brains,” the e-mail read. “He doesn’t think he’ll be able to use such a large brain, and will bring it back if he cannot.” 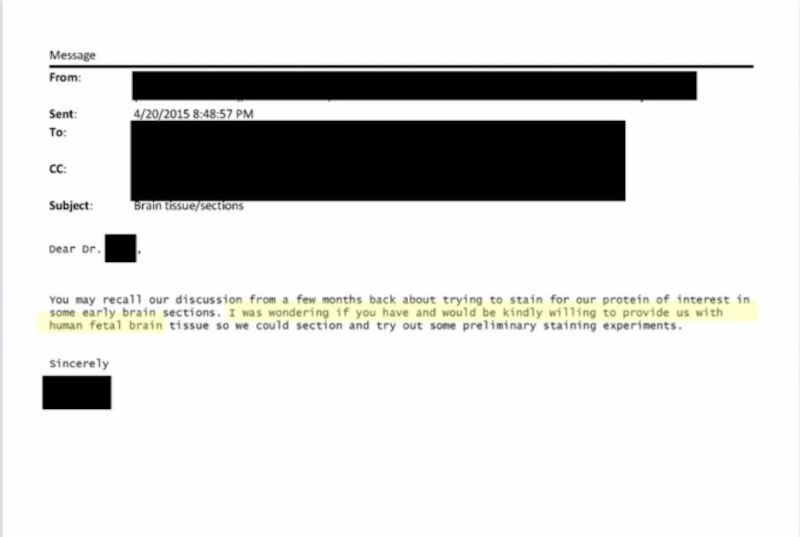 “There are numerous ethical conflicts involved in this fetal trafficking ring,” Jamie Jeffries, Executive Director of Abortion On Trial, said in a statement. “Providers being hounded for hearts and brains will eventually find a way to provide those hearts and brains. These providers will get those organs by any means necessary, even if that means coercing patients and altering their procedures without their consent.” 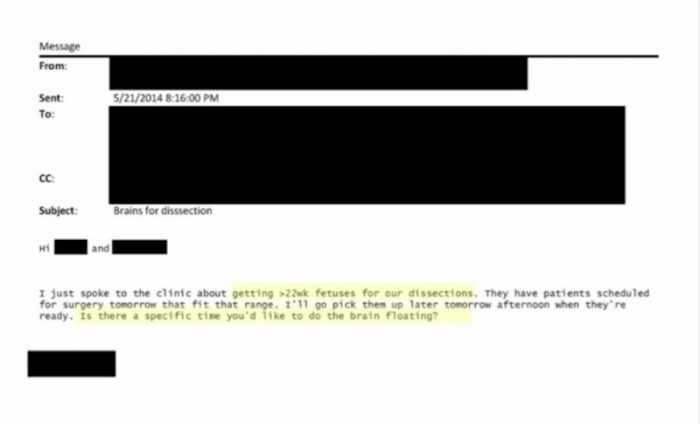 UNM has come under fire in the past for harvesting the tissue of aborted children. A recent video released by Abortion On Trial showed retired UNM senior administrator Paul Roth admitting to obtaining brains from aborted children, several of which he said he dissected with high school students, possibly related to the university’ summer camp program, in which both middle and high school students were given “unique opportunities” to gain exposure in the health care field. This included “dissection of various specimens.”

New Mexico is one of just seven states allowing abortion at any gestational age, making it somewhat of a destination for late-term abortion. This also leads to potential opportunities for the symbiotic relationship between UNM and the abortion industry to flourish, as these e-mails have exposed. Previously, UNM faced numerous criminal referrals for violating laws banning trafficking and sales of fetal tissue.

Several internal investigations ultimately found that at least one fetal tissue researcher had violated UNM policy, and the university announced that the program using fetal tissue for research had been stopped. While halted for the moment, the university still maintains that research using the body parts of aborted babies is legal — and therefore, can begin again at any time.